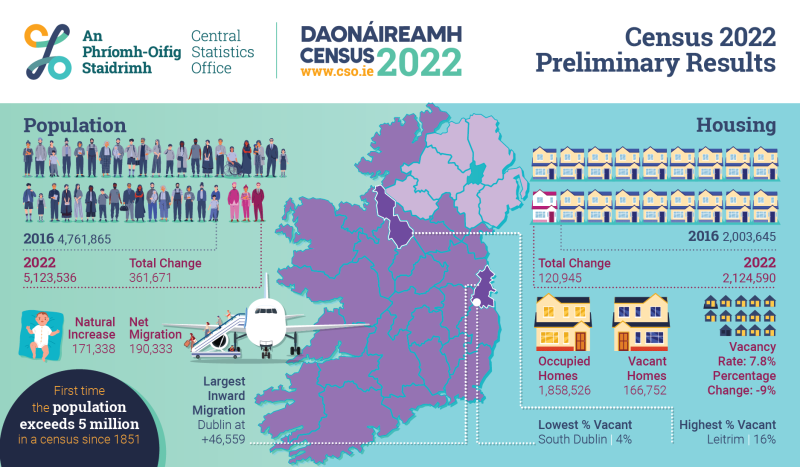 These preliminary results, published 12 weeks after Census night (Sunday, 3 April), are based on initial counts from more than 5,000 enumeration areas.

Leitrim has shown a 9.5% increase in its population and preliminary results also show that Leitrim has the highest housing vacancy rate in the country at 16%.

Population
Commenting on the release, Cormac Halpin, Senior Statistician in the Census Division, said, “The Preliminary Results show a population of 5,123,536 on Census night. This is an increase of 7.6% since 2016. It is also the highest population recorded in a census since 1841.

The counties recording the highest population growth were in Leinster. Longford grew by more than 14%, with Meath, Kildare, and Fingal, also growing strongly.

In contrast to Census 2016, when three counties (Mayo, Sligo, and Donegal) had a fall in their population, the Preliminary Results show that the population of every county has increased since 2016.

Both Leitrim (+9.5%) and Roscommon (+8.4%) showed a higher percentage increase than the national rate, while Cavan, Donegal, or Monaghan did not.” 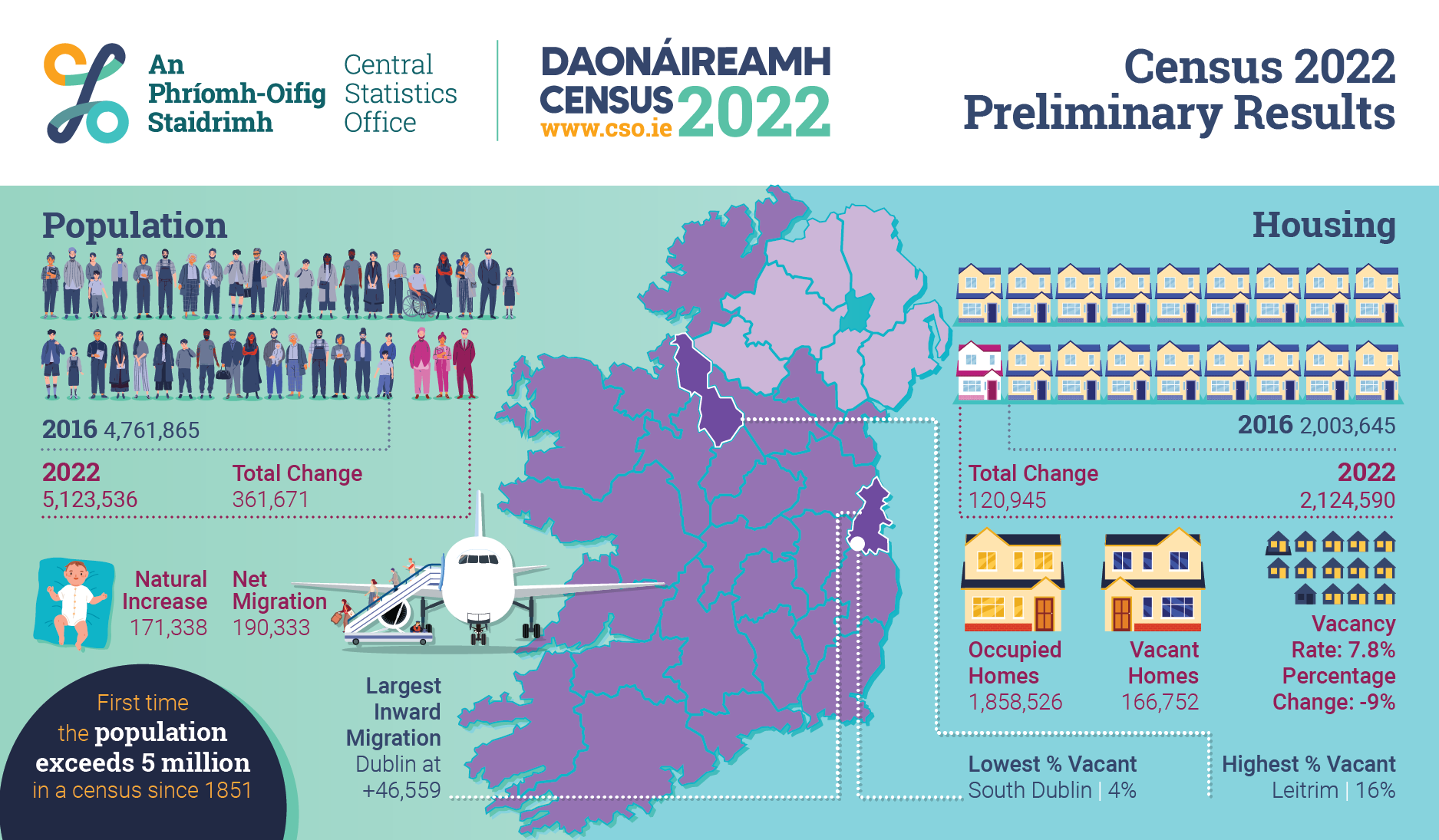 A dwelling being classified as vacant for census purposes does not necessarily imply that it is available for re-use. Census vacancy is essentially a point in time measure which may be different to other reported measures of vacancy which may focus more on longer term vacancy.

A dwelling is classed as vacant by census enumerators if it is unoccupied for a short or long period around Census night. For example, it may be unoccupied because it is up for sale or rent, under renovation, or if the owner has passed away, or is in a nursing home. Dwellings under construction and derelict properties are also not included in the Census count of vacant dwellings.”

Mr. Halpin added: “The publication of these Preliminary Results, less than 12 weeks after Census night, is only possible thanks to the commitment and dedication of both our census field staff and the permanent census staff in Swords, as well as the continued support for the census from the public.

“The CSO would like to thank both the staff involved in the census for their hard work, and the public for their overwhelmingly positive response to and engagement with our national census. The results provide valuable initial insights into how our population and housing situation is changing and developing since Census 2016.

“We are busy working on the completed census forms and look forward to begin sharing the full set of detailed results from April next year.”