Paddy Smyth to host event for children with disabilities in Sligo 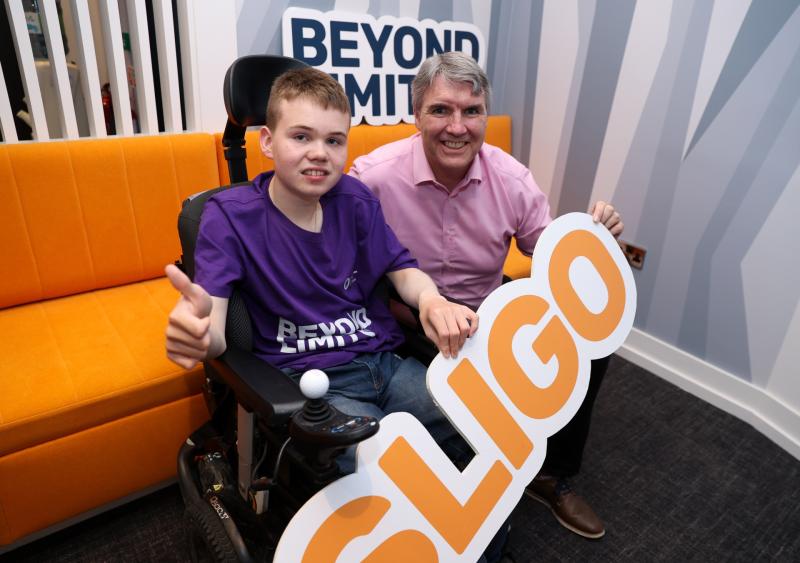 All set for Beyond Limits Sligo

The Ombudsman for Children’s Office has launched Beyond Limits, an event for children with disabilities and their families taking place in Knocknarea Arena, ATU Sligo on 1st October.

Beyond Limits will be presented by Disability Ambassador, Paddy Smyth and there will be music from Country Music Star, Derek Ryan. It is a festival style event with speakers, activities, workshops and performances. Children and families will be inspired and motivated by the stories of children with disabilities, and some well-known faces. The GAA, the IRFU, the FAI and Gymnastics Ireland will be there showing children how they can get involved. There will be a silent disco, arts and craft, sensory stories, a gaming station, and yoga and mindfulness. There is something for everyone!

Tickets for Beyond Limits are free but limited and are available at www.beyondlimits.ie.

Speaking ahead of the launch the Ombudsman for Children, Dr Niall Muldoon said: “We are so excited to bring Beyond Limits to Sligo in October. We are creating a fun, inclusive and accessible event for children in the North West that showcase the skills and talents of people with disabilities, and where children and families can learn about activities they can get involved in.

Speakers and performers confirmed so far include:

Saoirse Ruane – Saoirse is a Galway girl best known for her appearances on the Late Late Toy Show.

Katie George Dunleavy and Eve McCrystal – Katie George and Eve are amongst the most successful Para Athletes ever to represent Ireland having medalled consistently at World and Paralympic Games since 2014.

Adam O’Brien – Adam is autistic, has Dyspraxia and a generalised anxiety disorder but he not let his difficulties hold him back.

James Casserly- James is travelling the 32 counties of Ireland on public transport and you can follow him on Jimbos Accessible Adventures.

Fiacre Ryan – In 2018, Fiacre became the first non-verbal autistic student to sit the Leaving Cert exams and in March of this year, he scripted his own documentary “Speechless” for RTÉ.

Derek Ryan – Country Music star who will perform and be interviewed by one of our young presenters.

Beyond Limits Youth Advisory Panel – A group of amazing young people of all abilities are helping to plan Beyond Limits. They are also going to be co-hosts and speakers at the events.