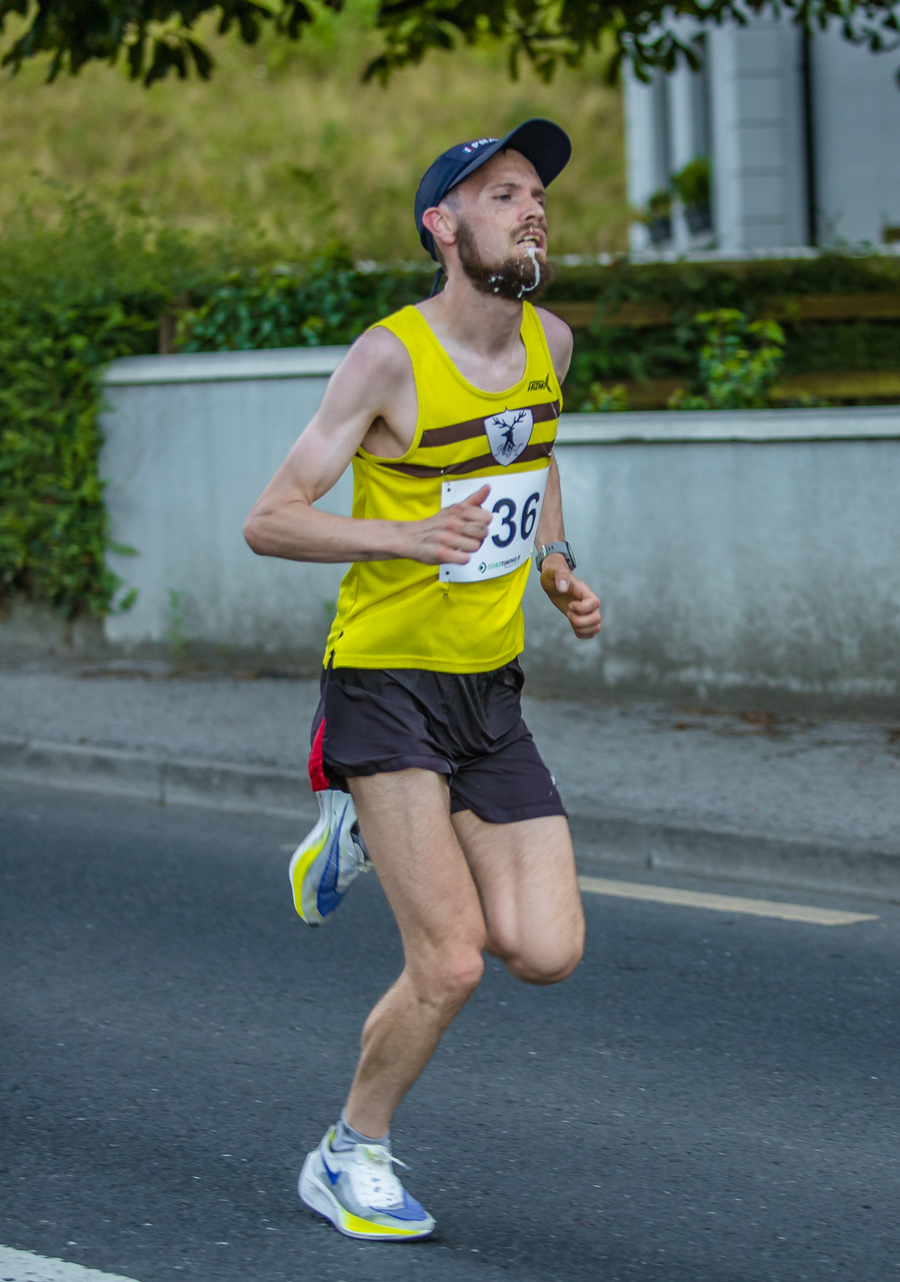 It might have been one of the hottest days of the year but that didn’t prevent a new course record being set for the 10Km event at last Friday’s Ballinamore Festival Road Races when Fermanagh’s Conan McCaughey smashed the old record by over a minute.

The sunny conditions added to the spectacle, encouraging a good turnout of runners and a good number of spectators as athletes battled the difficult conditions.

The 10K produced a fine performance by North Belfast Harrier AC’s Conan McCaughey who led from the start and went on to shatter the course record of 31.57 by coming home in 30.54. Second was last year's winner and previous record holder Colin Griffin in 33.52 who also won the Leitrim 10K title. Craig Brennan of North Sligo was third.

Carrick AC's Deirdre Martin, who also was first home in the inaugural Greenway Parkrun in Ballinamore six weeks ago, was first female home and also won the County 10K title.

The 5K Race was won by Jack Spain from Sandymount in Dublin in a time of 18.56 well outside Michael Morgan's record of 15.17 of last year. Jack, whose sister Ellamay took seventh, held off Enda Gilmartin of Sligo AC and Ronan O’Rourke of Carrick to win the event.

Just over a minute behind the winner was the ladies winner Laura O’Dowd who won the event for the second time in 19.59.

The hot conditions required additional water facilities for the 10K and these were provided at the Golf Clubhouse and by some private individuals along the route.

Ballinamore Athletic Club are very grateful to all who helped on the evening and beforehand, many of whom worked quite hard to make the event a success. The Club would  like to acknowledge the support given by the Gardai, Festival Committee, Ballinamore Area Community Council, Ballinamore Golf Club and Ballinamore Credit Union for a generous donation as well as Supervalu and Scollan Meats for donating prizes. Further acknowledgements will follow later.

In addition to the above it was the runners who made the occasion. Core Timing were very  co -operative, supportive and efficient. People entering road races where entries are taken online should use that facility and not leave it to the last minute where delays are caused by late unregistered check-ins, details are missed which can affect the accuracy of the results and unnecessary difficulties are caused to organisers providing post race hospitality.

U12 Girls: 1 Marie Prior (Ballinamore)