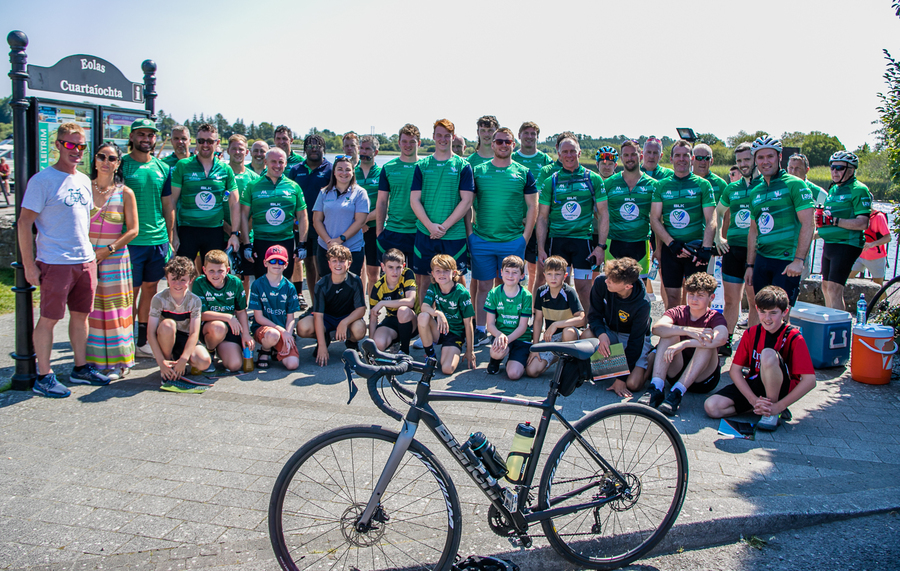 There was huge excitement at the quays in Carrick on Shannon last Saturday afternoon as a large contingent of the Connacht Rugby team and management along with some special guest riders had a stopover at Moon River on their Galway to Sligo Fundraising Cycle #care4claire.

For approximately an hour, the cyclists and their support team and met with many of the local young players and signed autographs and jerseys before setting off on the road to Sligo where they finished their 218k trip across the five counties of the province later that evening. 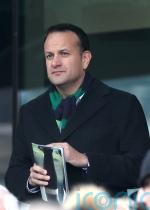 The cycle began at The Sportsground in Galway in the early hours of Saturday morning and finished at Sligo RFC. The route took in all five counties with stops in Ballinrobe Co. Mayo, Ballyhaunis Co. Mayo, Frenchpark Co. Roscommon, Carrick-on-Shannon Co. Leitrim, and finally Ross and Claire’s home in Coolaney Co. Sligo, before the final stretch to Sligo RFC.

The fundraiser was for 35-year old Sligo native Claire Carpenter who suffered a serious and life-changing event earlier this year. Claire suffered a stroke at her home in Coolaney.

After being rushed to the ICU unit of Beaumont Hospital she was placed in an induced coma for over a week following a life-saving operation. Claire is now thankfully on the road to recovery, however significant funds need to be raised to allow her to continue her rehabilitation in Dun Laoghaire, and eventually lead an independent life at home.

Claire’s partner Ross Mannion is a Rugby Participation Officer with Connacht Rugby and was Head Coach of the Connacht Women’s team in 2021.  They have three children, Luke (14), Anna (10) and Zach (7).