Leona Maguire gives back to her former school 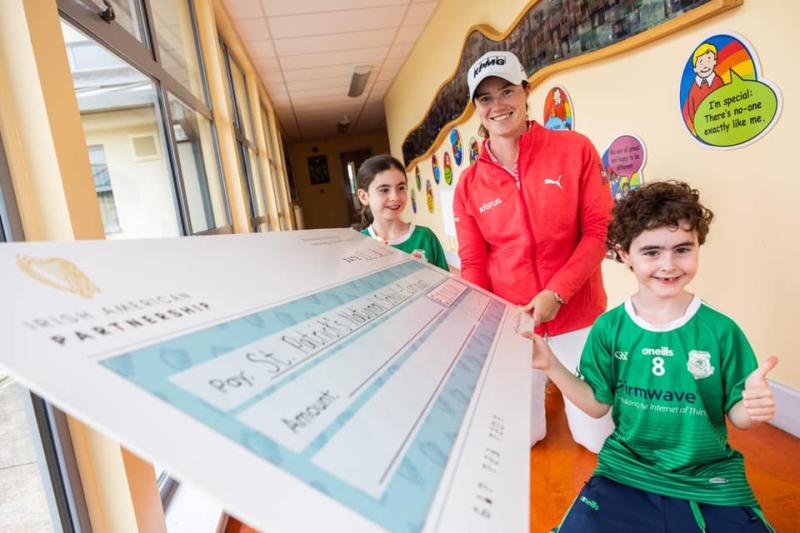 Maguire launched her new ambassadorship with the Irish American Partnership last week by awarded two Cavan national schools grants of €10,000. The launch was held in St Patrick's NS, Corlough where Leona's mother is principal. The other school is Castletara NS, Ballyhaise, where her father Declan is prinicpal.
Maguire said, “Coming from a family of teachers, I appreciate the importance and value of education, and I’m delighted to play a part in giving back to schools. By investing in Ireland’s future -its youth - the Partnership is ensuring that every child can have the resources they need to learn, and to grow. I’m so proud to join them as an ambassador, as they support children and communities across the length and breadth of the island.”

CEO Mary Sugrue welcomed Maguire to the team, “We are absolutely delighted to have such an incredible Irish sportsperson and role model join the Irish American Partnership.
“At 27, Leona has achieved so much, and we are immensely proud and honored to have Leona involved in our mission to invest in and support young people across the island.” 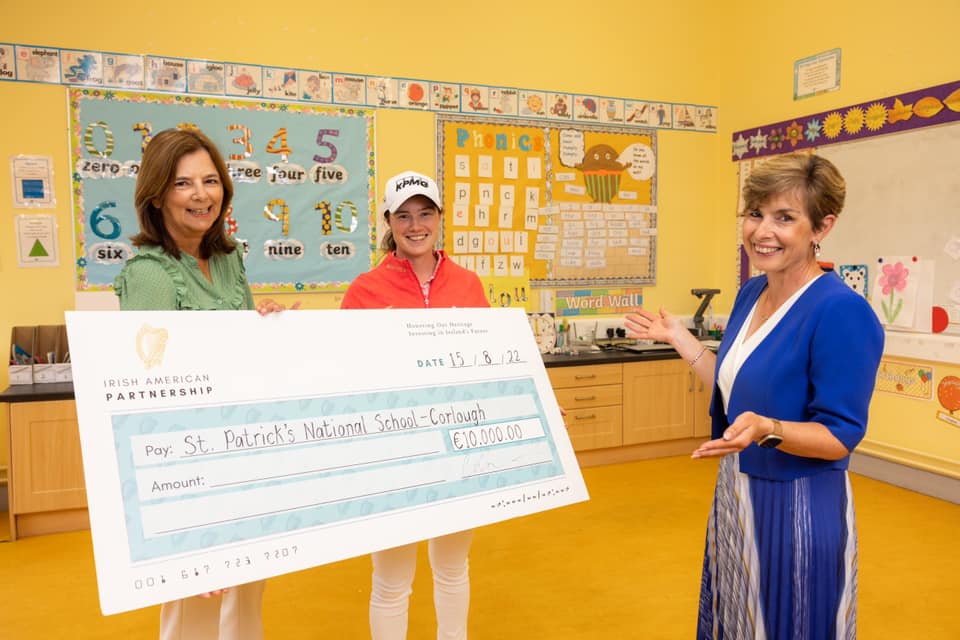 The allocation of €10,000 to two schools was through the partnership’s hallmark O’Neill Direct Grants to Schools Program.
The US Ambassador to Ireland, Claire Cronin, visited St Patrick’s NS in Corlough last week as part of Leona Maguire’s induction to the Irish American Partnership.
In her new role as ambassador, Leona is set to champion the Irish American Partnership’s mission, specifically its efforts to ensure schools across the island have adequate resources to educate and inspire.
65 schools across Ireland have seen €246,000 in funding as part of the Partnership’s 2022 grants to date. A further €984,000 will be allocated to Irish schools under the programme over the next four years.

“We are so grateful to the Irish American Partnership for the grant awarded to both St. Patrick’s National School-Corlough and St. Patrick’s National School-Castletara. The funds will be used to invest back into several initiatives to benefit all the pupils and we are delighted to hear that many other schools will also receive the generous funding over the coming years. It really is so very generous” said Corlough Principal Breda Maguire.
Leona and her sister Lisa were pupils of St Patrick's NS, Corlough.