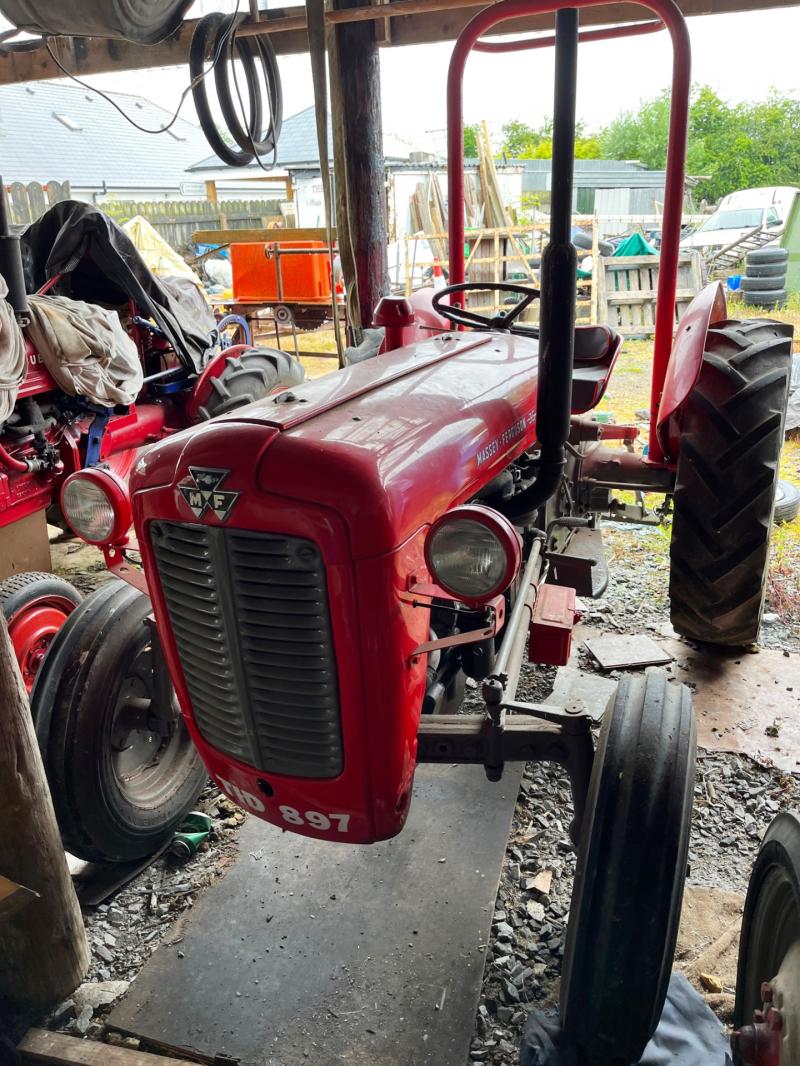 An avid collector’s massive haul of countryside memorabilia – hailed as a “unique time capsule from rural Ireland” – is going under the hammer later this month.

For 50 years, father-of-six John ‘Sean’ Smith devoted his spare time to restoring vintage machinery and collecting discarded items he had uncovered at farms and auctions, such as classic tractors and ploughs, original village fuel pumps, and long-gone road signs.

His collection, which also includes household items such as oil lamps, earthenware hot water bottles, and rare handmade whiskey jars emblazoned with the names of public houses, has been described by the auctioneer organising the sale, Niall Mullen of Niall Mullen Antiques, as an “exceptional snapshot of Irish country history”.

“This is a unique sale,” Mr Mullen said, adding that the vast majority of items for sale were no longer manufactured.

“These items will never be brought together again, it truly is a unique time capsule from rural Ireland,” said Mr Mullen, who is based at Francis Street, Dublin.

“It is the small things stand out, such as the wonderfully made Tilley lamps, the old-fashioned oil lamps that were used across Ireland to light homes before there was electricity. They create a wonderful glow and you can’t get them anymore.”

Mr Mullen, who previously organised auctions of furniture from Dublin’s Shelbourne Hotel and the former Central Bank in Dame Street, said this collection was “testament to how things were made back then”.

“If you bought a phone a hundred years ago you would still have it,” he said.

Mr Mullen said the collection also provided “a snapshot into the past, of how people survived then and survived well”, adding that it took him more than two months to photograph and catalogue each item.

Prospective buyers can view the lots online at niallmullenantiques.com, prior to the physical sale on August 30 at McSeasins Pub, Cornafean, Co Cavan, at 12 noon.

The collection will also be on display in at John’s home in Ballinagh Road, Crossdoney, Co Cavan, for three days, August 27-29, and on the morning of the auction between 9-11am.

“John died quite suddenly last December, aged 75, and the family decided they wanted to sell the collection in one event,” Mr Mullen explained.

“They have kept a few things for sentimental reasons but the majority is to be sold in a one-day sale.”

“He was very good with machinery as well and restored the Massey Ferguson and Colt tractors to working order himself,” he continued.

“He rebuilt the tractors with vintage parts he collected from auctions. Although he had a full-time job, fixing machinery was his passion, and he was a genius at doing so.

“It’s an exceptionally diverse collection. There would be nothing like it, privately held, anywhere in Ireland.”