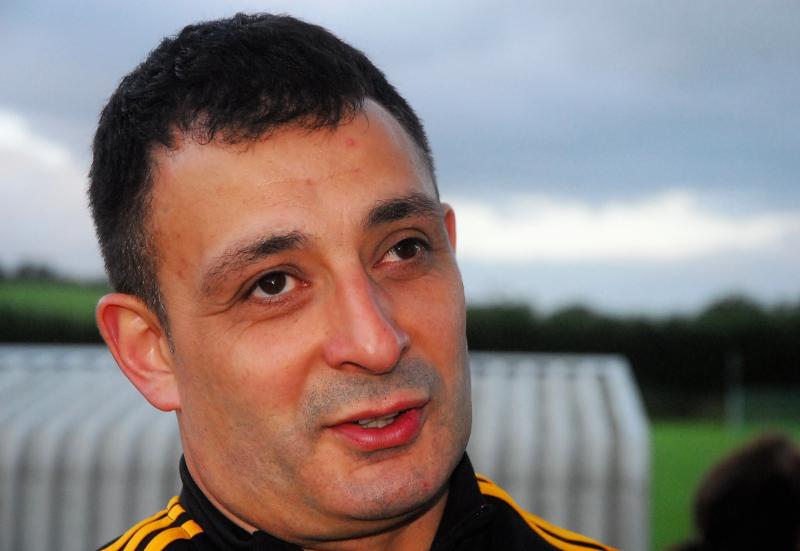 There was a sense of bewilderment among Ballinamore fans last Saturday evening when Jack Barnes undid their own late fightback to consign the Connacht Gold Leitrim SFC champions to a potentially damaging one point defeat.

But for Sean O’Heslins manager Eddie Bouabbse, analysis was relatively simple - the champions had the chances but didn’t take them: “We had plenty of chances, we created a lot of opportunities and didn’t take them. Good luck to Carrick, it was a huge battle the whole way through.”

Losing to the last kick in the game left the champions deflated after Paul Moran & Tom Prior fired over injury time points to draw level but Eddie saw plenty of positives despite the defeat: “I know - the last kick of the game, it is a bit of a killer to lose it but we got level and we showed great character to do that and the lads did that after the two chances going astray.

“But that's it, they got the shot off at the end and it brought them two points going forward and we just have to regroup now and get ready for next weekend. There are a lot of positives from today, we showed a lot of character, showed great battling. We’ve got to recuperate the lads, try and refresh them and next week is another opportunity to collect two points.”

Ballinamore’s manager was not surprised by how tight the game was: “A lot of intensity and Carrick are definitely one of the top sides around here, they’re thinking of winning it, we’re thinking of retaining it so there is always going to be that sort of tension and battling going on. There is that bit of grit always going on and you’re hoping to come out the right side of it but today we just didn’t do that.”

Neither was Eddie too surprised to learn that Mohill had fallen at the hands of Fenagh St Caillins: “There are plenty of good teams in it, there are not too many teams you are going to underrate going in, plenty of sharpshooters out there. I wasn’t even aware of that result but it doesn’t surprise me, Fenagh are a good side.”