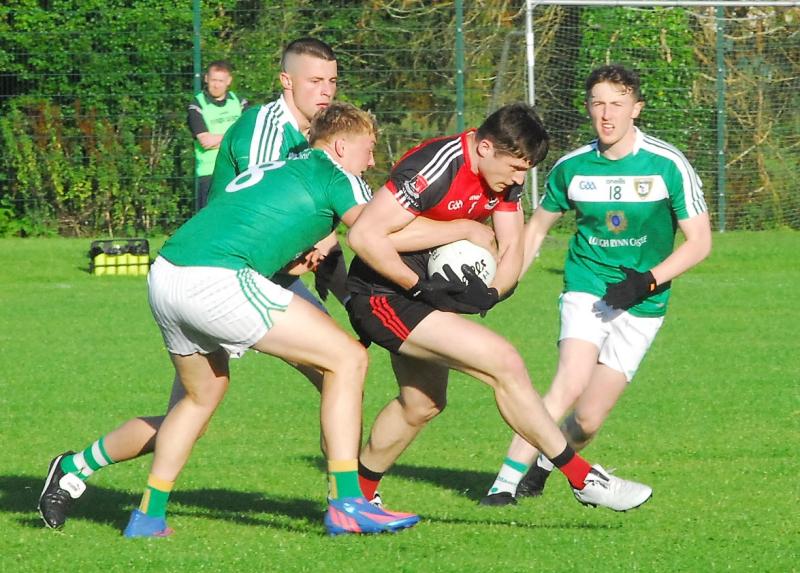 A repeat of last year's epic Connacht Gold Leitrim SFC Final is the headline game in round three of this year's Senior Championship after champions Ballinamore Sean O'Heslins and League champions Mohill were drawn to face each other next weekend.

With both teams losing in round 2, Ballinamore falling to a late Jack Barnes winner against St Mary's and Fenagh recording a three point win over Mohill in Mohill, the losers of next weekend's clash could find themselves in a major hole with only two points from three games and one round to play.

An added complication is that the teams drawn at home for round 3 won't face each other in round 4 meaning that St Patrick's Dromahair, St Mary's Kiltoghert, Ballinamore Sean O'Heslins, Aughawillan and Leitrim Gaels won't be able to meet in the final round while Fenagh St Caillins, Melvin Gaels, Mohill, Glencar Manorhamilton and Gortletteragh can't face each other either.

Table toppers Fenagh St Caillins will make the long journey to Dromahair to take on last year's Intermediate winners while Melvin Gaels face St Mary's in their third game. Aughawillan will host Glencar Manorhamilton in round three after both teams got back to winning ways while Leitrim Gaels can wrap up a top two spot when they host Gortletteragh.

In the Smith Monumentals Intermediate championship, there will be a clash of round one winners when Aughnasheelin host Bornacoola and Ballinaglera take on Annaduff at home. The big game could well be the derby clash of Kiltubrid and Allen Gaels in Pairc Cil Tiobraid while Drumkeerin will hope to pick up their first win against Mohill. The final game of the first round is another derby clash with Drumreilly hosting Aughavas as both teams seek their first win of the competition.

The full draws are as follows as CCC Liatroma will issue the official fixture list later this evening (Sunday) with specific dates and times: