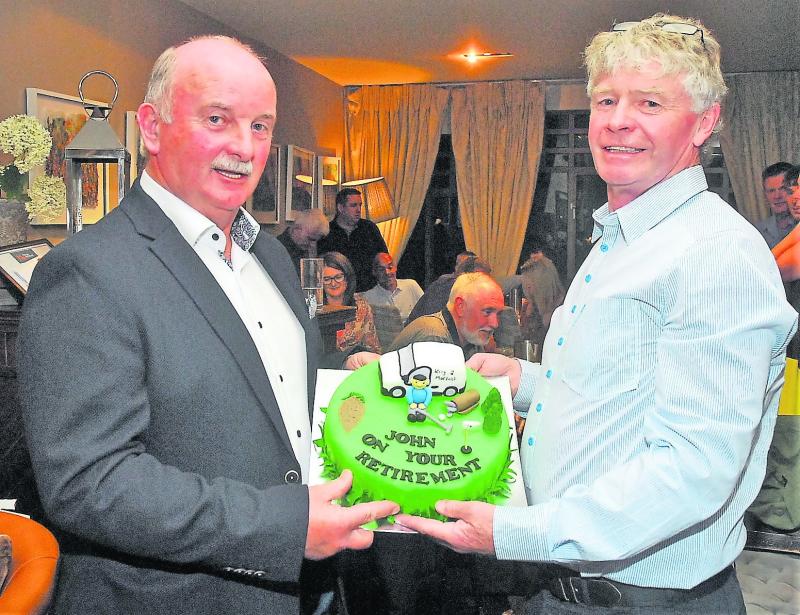 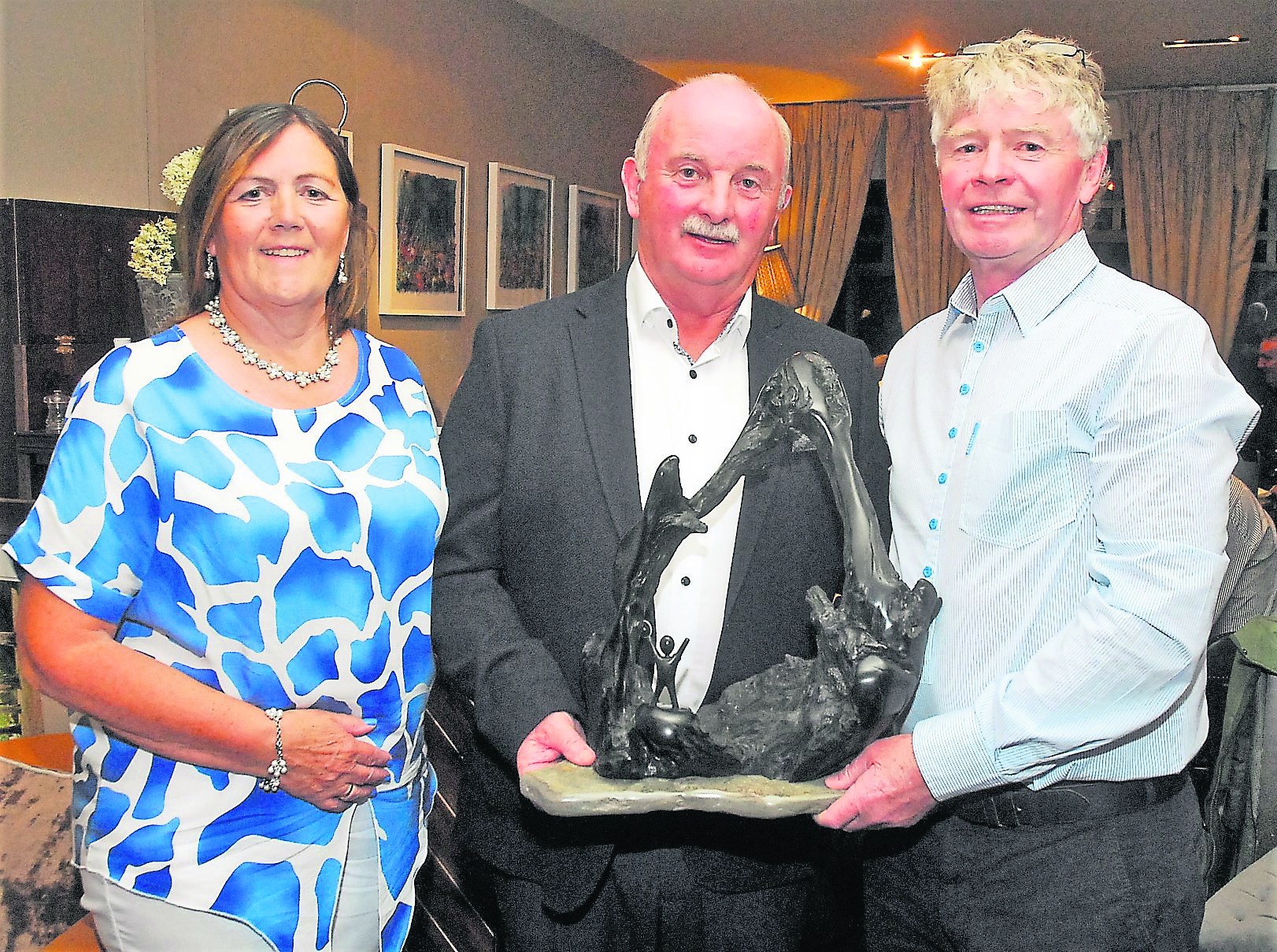 A specially commissioned bog oak sculpture is presented to John Moffatt to mark his retirement from King & Moffatt. On left is John's wife Noeleen

John Moffatt, co-founder of King & Moffatt Building Services, has retired from day-to-day involvement after 44 years with the company.

John, an electrician by trade, set up the company with his business partner Pat King in 1978, when they decided to work together on the wiring of a house in Leitrim Village.

The pair went on to win their first large food factory project in 1982 for Hanley Meats in Rooskey.

This would be the first of many projects in the food sector for King & Moffatt and these relationships and clients would be key to the future growth of the company.

King & Moffatt is now an award-winning international Mechanical and Electrical Contractor, with an annual turnover of over €150 million and 400 directly employed personnel.

The company operates throughout Ireland, the UK and Mainland Europe with group headquarters in Carrick-on-Shannon, and offices in Birmingham, Wolverhampton, Edinburgh, Würzburg, and Amsterdam.

John was recently recognised at a retirement dinner in his honour in The Oarsman, Carrick-on-Shannon, which was attended by his colleagues, former colleagues, and his family.

When presented with a sculpture at the dinner by his business partner and long-time friend Pat King, he said he was very proud of everything King & Moffatt had achieved in his time and how far the company had come.

John Moffatt has been an integral part of the success of King & Moffatt, and he will continue to sit on the Board of Directors of the company, where he will contribute his experience and expertise to the governance of the group.