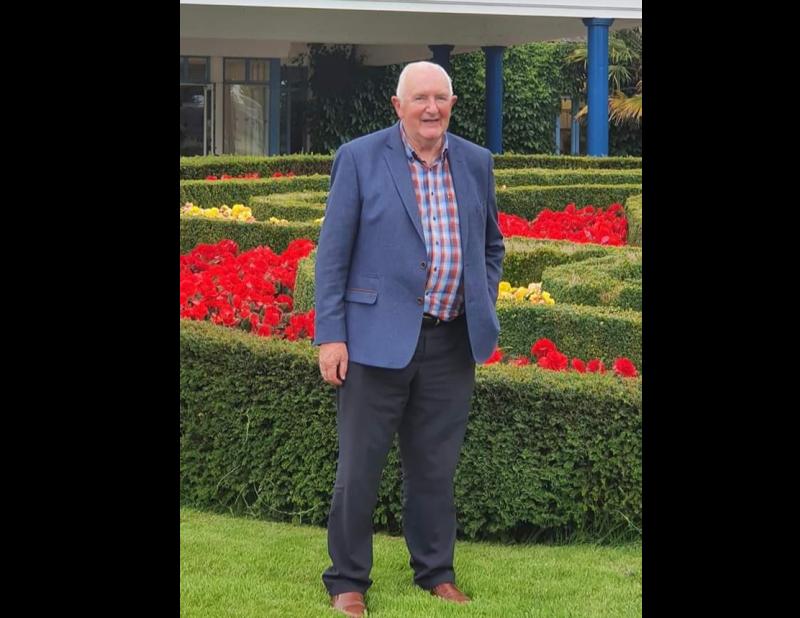 A well known figure in Leitrim Petie ran the company O'Rourke Design & Planning but he was also highly regarded in GAA circles.

"It was with tremendous sadness that our community learned of the passing of one of our greats, the late great Petie O’Rourke last Thursday morning. He was an absolute character, a one of a kind and his passing will leave a huge void not only for his family, Angela, Melanie, Jason and Mark but also for the entire parish.

"He was a brilliant footballer with a cultured left foot, he played on the great Allen Gaels of the 70’s and also represented Leitrim we were also lucky to have him play for our own club Ballinaglera for 7/8 years. He was a noted free taker and invariably dropped the ball just over the black spot, seldom anymore or less. He adapted this skill to great effect in his later sporting career as a noted golfer.

"His father Sonny was particularly instrumental in forming our own club in the parish in 1981 and Petie went on to fulfill every role in the club at one juncture or another, player, secretary, chairperson, manager, trainer, selector, treasurer, county board delegate and even physio. He was also a very generous benefactor of the club and indeed all organisations in the parish.

"Regardless of all his sporting and business successes, Petie will primarily be remembered for his personality. He was a ray of light and a beacon of positivity where ever he went. He lit up every occasion he was at. He could knock a laugh out of them all from the pauper to the prince. He didn’t mind as long as he had someone to regale. Its hard to know if there was ever a better known man from Ballinaglera.

"The likes of Petie will never be seen again and the Parish and the Club will miss him dearly. From Ballinaglera GAA we wish our deepest sympathy to Petie's wife Angela his children Melanie, Mark and Jason, son in law Marc and granddaughter Ivy Rai. May God Rest him."

In reply others wrote "Great tribute to a great Ballinaglera man. A superb football in his senior years with Allen Gales he was a delight to watch on the pitch. He was part of a great era of footballers back in the 70,s when with the Mulvey brothers, the McGourty's and the Cullens they were the back bone of a great Allen Gales Senior side.

"His contribution to the parish and its football was enormous and of course his contribution to post match analysis is legendary. Another great man of our parish gone too soon. Sincere condolences to Angela Melanie,Jason & Mark and all the extended family at this sad time. May Petie rest in peace."

Another person also responded "A great and honest tribute to a true great. Petie will be sorely missed, his smile and good humour will live in the memories of anyone that ever had the pleasure to meet him."

Anothr tribute also read "Such a wonderful man. He would warm your heart with his friendliness, his cheeky laugh. Such a beautiful soul who will be so missed. He was one of a kind. Rest in peace Pete."

Petie was reposed at his home on Saturday, 10th September for family and close friends and again on Sunday, 11th September. Funeral Mass took place today,  Monday, 12th September, at 11 am in St. Hugh's Church, Ballinaglera, followed by Cremation in Lakelands Crematorium, Cavan.

The editor and the staff of the Leitrim Observer would like to send our sincere sympathies to Petie's family. He was a regular visitor to our offices and always had time for a chat and a laugh. His visits will be missed.