September 23, 24 & 25: The festival will be based at The Glens Centre, Manorhamilton 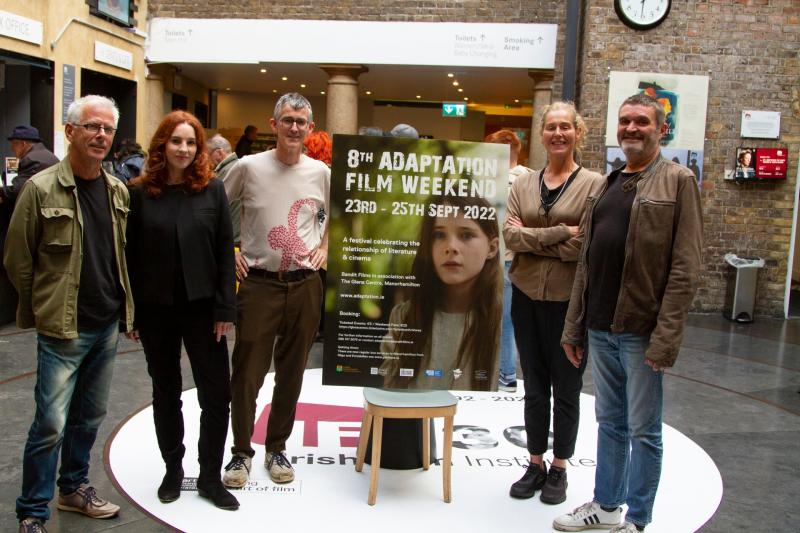 Manorhamilton will see a gathering of filmmakers, writers and the film loving public this weekend, Friday 23rd - 25th September.

ADAPTATION is a weekend of films celebrating the relationship of literature and cinema. It is presented by Bandit Films in association with the Glens Centre, Manorhamilton.
“Everybody has a favourite book for which the film version didn’t quite add up,” says filmmaker Johnny Gogan whose company Bandit Films are reviving the event, “or a film they love, about which they remain ignorant or indifferent to its origins in a novella, a short story or a novel.”
According to Gogan, this will all be thrashed out at Adaptation, North Leitrim's revived festival of film and literature. As well as a host of film screenings and seminars including a booked out screenwriting course, and a celebration of the Belfast writer Brian Moore, the weekend will see the participation of many filmmakers, actors and writers including Kelly Campbell (director of An Encounter), Jimmy Murphy (Kings), Carrie Crowley (An Cailin Ciúin), Niall Henry, Sandra O’Malley, John Carty and Ciarán McCauley (In The Shadow of the Glen) and Cathal Black and Joe O'Byrne (Korea).

Brendan Murray, Artistic Director of The Glens Centre, who is co-producing the revived festival, identifies in the programme of films “A healthy representation of talent - on both sides of the camera - coming from the North West. The region is increasingly identified with great writing and we have a growing filmmaking community with which the Glens is engaged.” 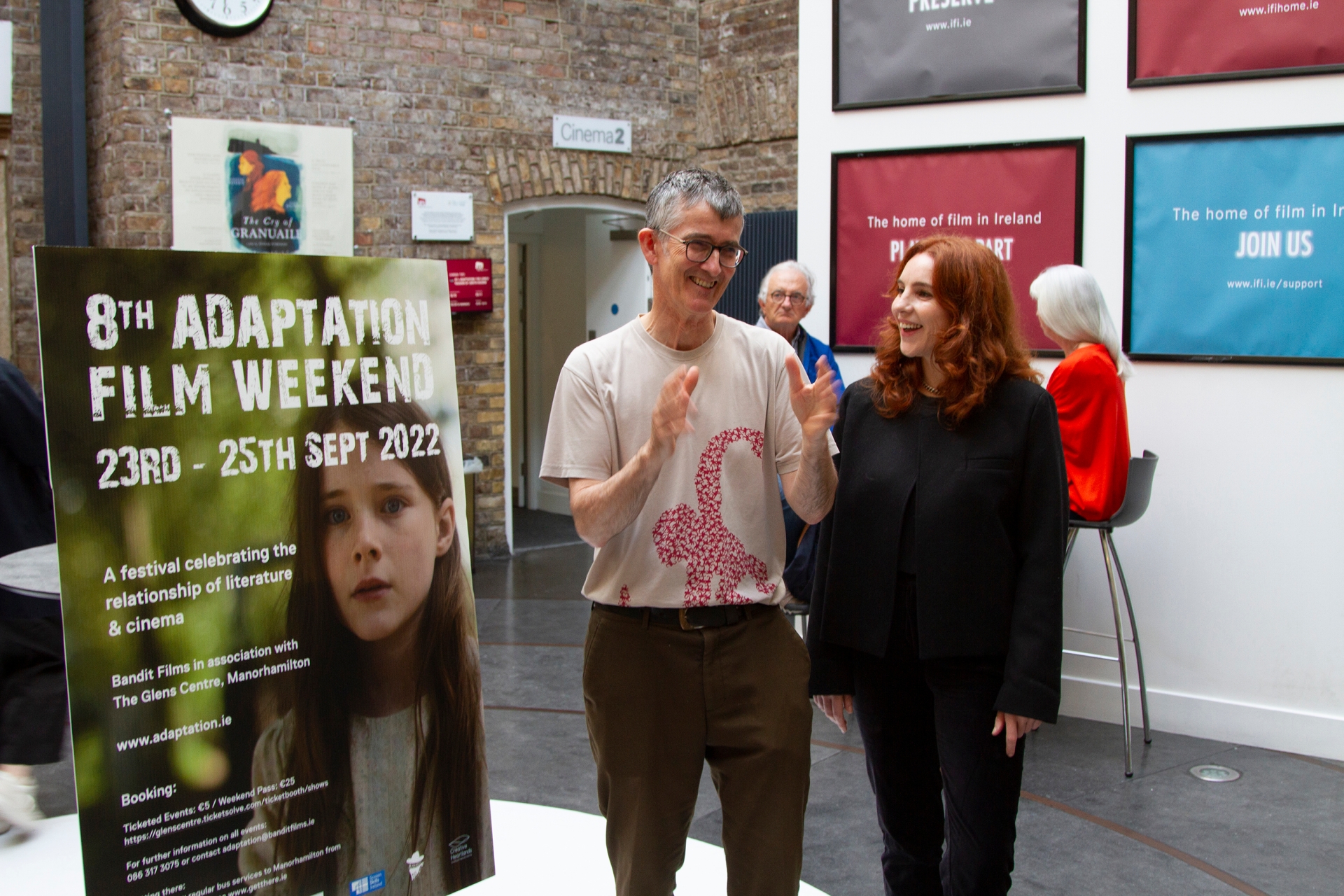 Brian Moore in Focus
Brian Moore (1921-1999), the Belfast writer of twenty novels, is, according to Johnny Gogan “long overdue a revisit. For our opening film, we have tracked down a recently remastered version of the film Black Robe (1991) from the National Film and Sound Archive of Australia.”
Coinciding with Culture Night, the film will be presented on Friday at 8pm as an open air screening in Manorhamilton Castle, built in the same decade - the 1630s - in which Moore sets his story of Jesuit missionaries venturing into the vast Canadian interior.
Moore also wrote the screenplay for the film which Bruce Beresford directed. Bruce will provide an introduction to this screening.
'The Lonely Passion' of Judith Hearne (which Moore wrote when he was in his mid 20s) and 'Catholics' are Irish-themed adaptations which will be discussed as along with 'The Luck of Ginger Coffey' by Patricia Craig, author of 'Brian Moore: A Biography' with Dr. Keith Hopper of Atlantic Technological University’s Writing and Literature programme on the Saturday afternoon in the Glens Centre, the main venue for the weekend’s events.

Found in Translation
Side-by-side with this focus, Adaptation screens two notable Irish language feature films of the past year - the aforementioned 'An Cailín Ciúin' and 'Foscadh' (Shelter), an ambitious reimagining of Dónal Ryan’s debut novel 'The Thing About December,' in which director Seán Breathnach not only relocates the story from English to Irish, from the midlands to Connemara, but introduces into the adaptation an additional story-line with particular contemporary resonance.
Seán Breathnach will discuss the adaptation post-screening with writer and publisher Prin Duignan.
In a similar vein Tom Collins’ Irish language 'Kings' is an adaptation of Jimmy Murphy’s celebrated stage-play 'Kings of the Kilburn High Road.' Collins recently passed away after a prolonged illness and before his time, so this screening is a tribute to a filmmaker and to a film that marks an important milestone in his productive career and in the development of Irish-language cinema. 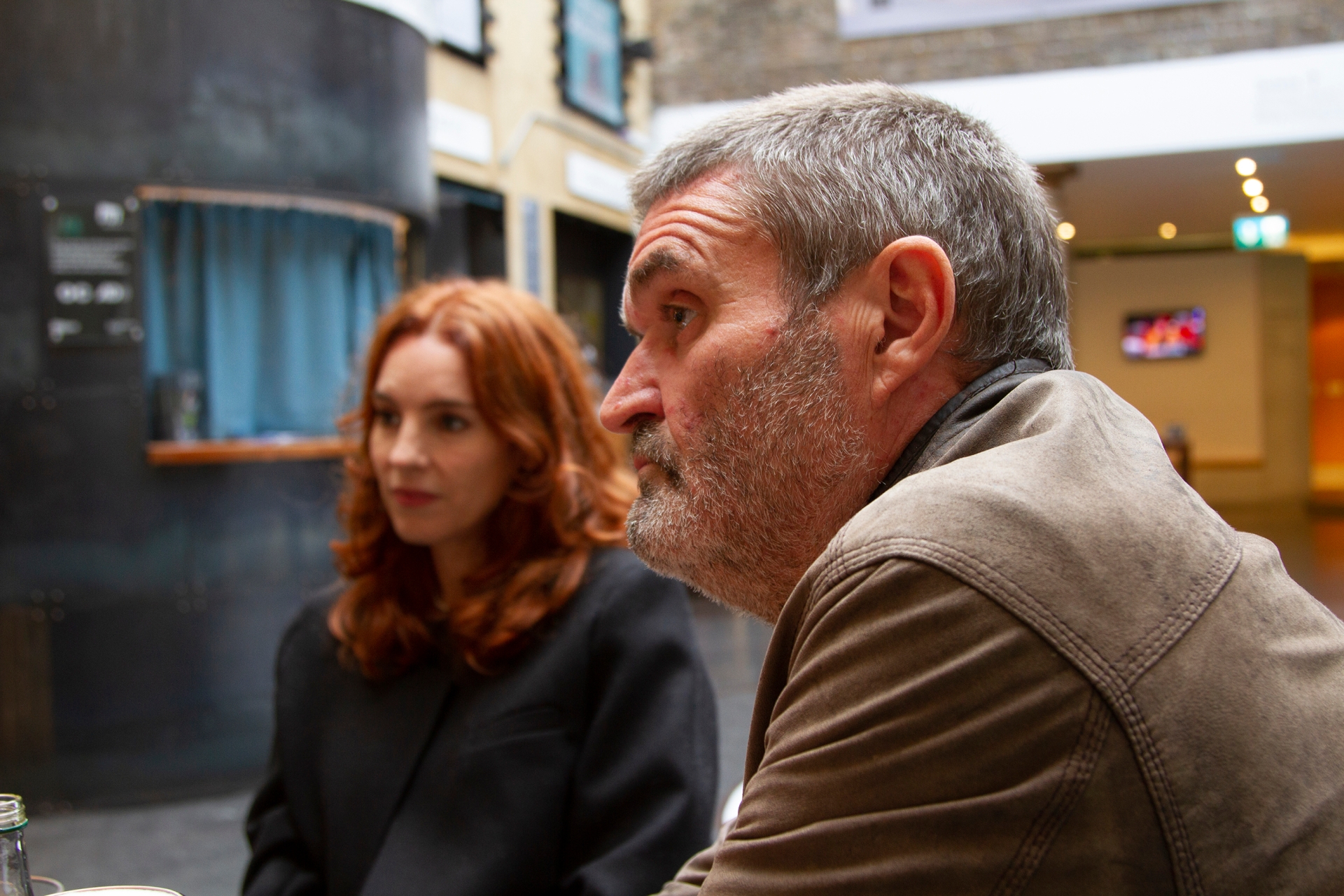 Poetry into Film features the work of Sligo and Leitrim based poets Donal Conaty, Alice Lyons and Stephen Murphy and filmmakers Orla McHardy, Eva Martin and Johnny Gogan.
Classic Authors J.M. Synge and James Joyce receive new adaptations. 'An Encounter' (from the James Joyce Dubliners short story of the same title), is adapted by writer Mark O’Halloran and director Kelly Campbell and 'In the Shadow of the Glen,' a darkly comic short feature, sees Jocelyn Clarke adapting the Synge play and Niall Henry, best known as Artistic Director of Sligo-based Blue Raincoat Theatre Company, directing his debut film with the strongly visual sense that has characterised his theatre work over the past thirty years.

An important aspect of Adaptation is the involvement of the talent behind these different productions. Those attending will include Jimmy Murphy, Donal O’Kelly (Kings), Gary Lydon (An Encounter), Siobhán Dooney (Korea), Carrie Crowley (An Cailin Ciúin), Niall Henry, Sandra O’Malley, John Carty and Ciarán McCauley (In The Shadow of the Glen), Joe O’Byrne and Cathal Black (Korea)
Adaptation closes where it started in 2005 with a screening of Korea, featuring Andrew Scott in one of his first screen roles, an adaptation from John McGahern's short story of the same title.
Joe O’Byrne will present a booked-out screenwriting course over the three days of Adaptation aimed at film practitioners.
Adaptation is programmed by filmmaker and author Johnny Gogan, Bandit Films. For full details see www.adaptation.ie  or www.theglenscentre.com