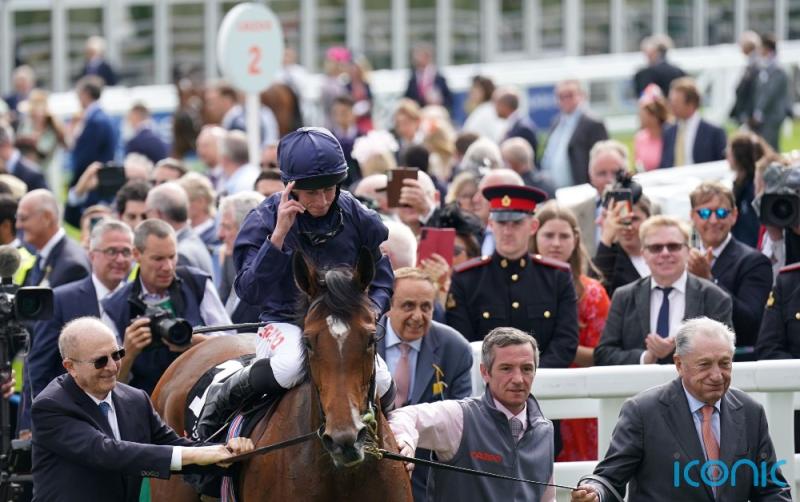 Aidan O’Brien has not ruled out the possibility of Tuesday taking on the colts in the Dubai Duty Free Irish Derby at the Curragh on Saturday.

Winner of the Cazoo Oaks at Epsom on June 3, the day she actually turned three, if the daughter of Galileo runs she will be attempting to become the first filly to win Ireland’s premier Classic since the Frankie Dettori-ridden Balanchine in 1994.

Her victory in the Oaks was the fifth run of her career, but her third Classic, having finished placed in both the 1000 Guineas at Newmarket and the Irish equivalent.

O’Brien, who does not appear to have a standout Irish Derby contender among his colts this season, will be looking for a 15th win in the race this weekend.

“I’ve very possible, but we’ll decide in the morning.”

Tuesday’s Oaks form took a boost on Sunday when the Hollie Doyle-ridden Nashwa, third at Epsom, dropped down in distance to win the French Oaks at Chantilly.