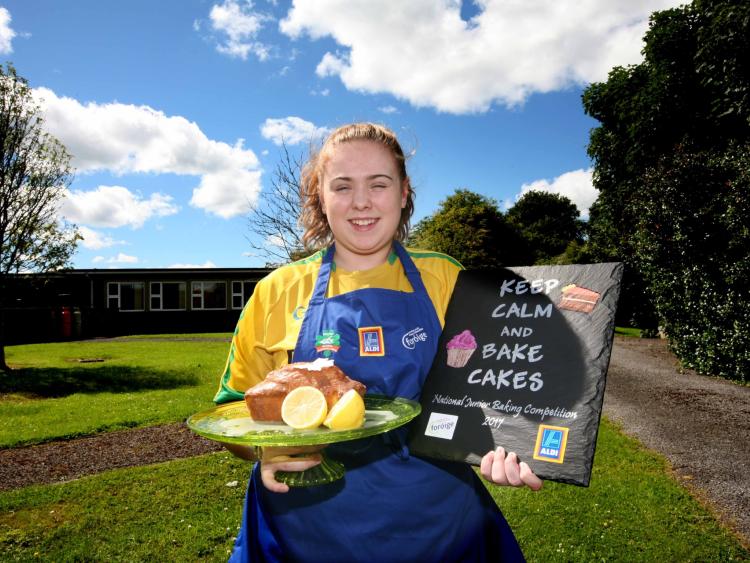 Regional baking finals are taking place throughout Ireland this July as teen’s battle it out to become the National Junior Baking champion.

Jessica Doherty, aged 13, from Melvin Foróige Club, in Leitrim, took one of the two top places in Saturday’s regional competition in Sligo meaning she will get to compete in the National finals. These will take place at the National Ploughing Championships in Screggan, Tullamore from 19th-21st September 2017. At the finals participants will be further put to the test by baking in front of a live audience.

The theme of the Aldi Foróige Baking Competition for 2017 is Lemon Drizzle Cake. Hopeful teens have already baked their creation at the county level over the last few months and have taken the county title to compete in the current regional bake-offs.

The winner’s cake will be put on-sale nationwide in Aldi stores next year and they will receive a €1,000 bursary to help them on their baking journey as well as a trip for their local Foróige group to Delphi Adventure Centre in Co. Mayo.

Sean Campbell, CEO of Foróige said “this competition gives budding baking enthusiasts a unique chance to develop their craft. I can’t think of a better opportunity for a junior baker than bringing a product to market with a supermarket giant like Aldi. I want to thank Aldi for their continued support of Foróige’s work and helping to provide a platform for young people to explore their abilities, learn about the world of food and showcase their talents.”

Finbar McCarthy, Aldi Group Buying Director said “At Aldi, we are a proud supporter of Irish suppliers so we are delighted to sponsor The National Junior Baking Competition for the third year in a row. We are encouraging all junior-baking enthusiasts, whether novice or expert home bakers, to whip out the mixing bowl and perfect their baking skills. The creations that came from the young people last year were excellent, and we expect this year’s entrants to be even more creative.”