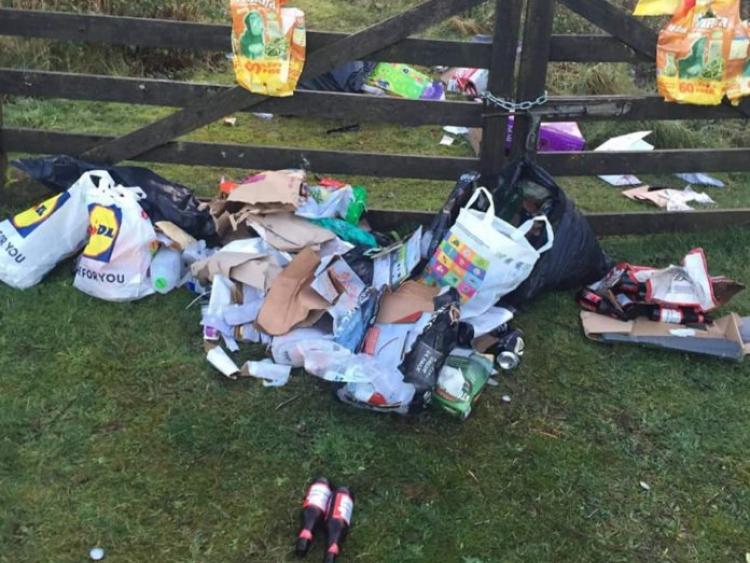 A large volume of rubbish was dumped in Kinlough.

Brand new toys, the packages of which have not even been opened, were among the items that have been dumped.

People in Kinlough are angry over the dumping that has occurred near the High Road, in the Dartry area and are now calling on the people who left the rubbish there to immediately remove it.