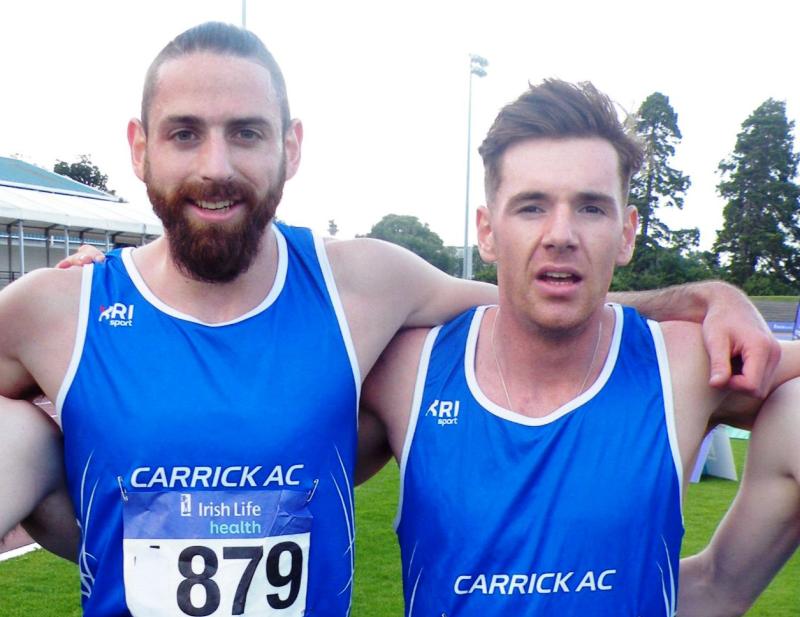 Leitrim’s Gerard O’Donnell & Eanna Madden will swap their Carrick AC singlet for the Ireland vest in February after Athletics Ireland announced on Friday that the duo has been selected to compete for Ireland in the innovative DNA event in Glasgow.

DNA stands for Dynamic New Athletics and is a team-based competition concept for athletics created by European Athletics to complement the classic athletics format which will be held at the Emirates Stadium in Glasgow on February 5, 2022.

Team Ireland will be taking on teams from Scotland, England, Wales, Spain and Turkey across 11 track and fields to gather points to decide their position going into the decider event “The Hunt”.

O’Donnell will compete in the Men’s 60m Hurdles while Madden will go over 200m in the Hunt Relay, with O’Donnell also listed as a coach for the Mohill man along with his fellow Dublin Sprint coach Jeremy Lyons.

O’Donnell, who works as a RDO with Athletics Ireland, was selected off the back of some very strong performances in 2021, including retaining the National 110m Hurdles title as well as a strong performance in the City of Lisburn Senior Invitational in Belfast.

Madden had a competitive outdoor 200m season in 2021 winning silver at the Flanders Cup in Belgium and at the Athletics Northern Ireland Open in Belfast while also testing himself with some very strong performances over 400m.

For details and tickets to this event please see here: https://dna.run/what-is-dna/

The full team is as follows: