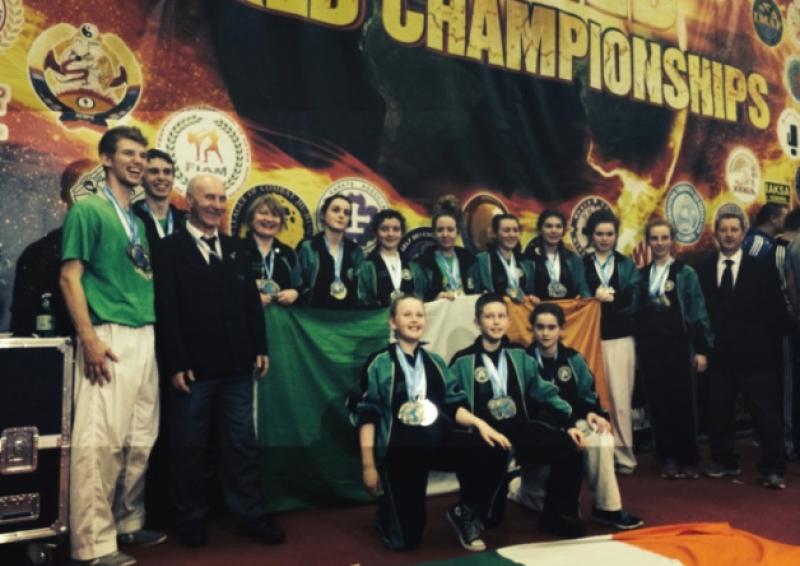 Thirteen members of the Green Dragon Karate Clubs in Carrick-on-Shannon and Kinlough flew out to Italy on October 29, and brought home a total of 41 gold medals, 14 silver medals and 10 bronze medals.

With competitions in 33 martial arts disciplines and athletes from 120 countries, the Unified World Championships took place over a gruelling four day period.

Competitors from the Carrick-on-Shannon and Kinlough clubs were members of a very successful Irish team which took part in Traditional Karate, Point Fighting and Kata events.

A big thank you to Sensei’s John and Michael Sweeney in both the Carrick and Kinlough clubs, and all the Green Dragon Squad who took care of the team during the competitions.

The Green Dragon club hold their classes in Carrick-on-Shannon on Thursday, 5-6pm and Saturday 10-11am at the Aura Leisure Centre and in Kinlough every Tuesday night from 6-8 pm in the Kinlough Community Centre.