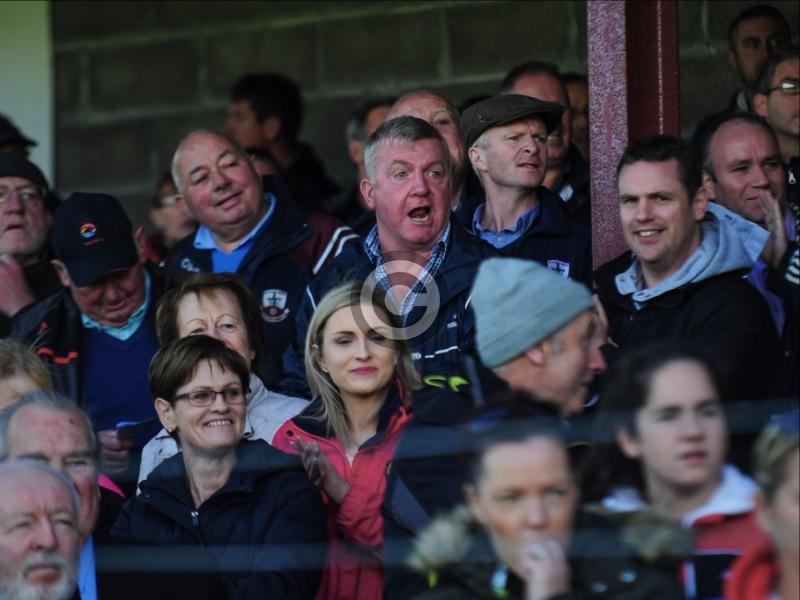 Some of the crowd watching the Ballinamore Sean O'Heslin's v Carrigallen Intermediate Semi-Final from Pairc Naomh Mhuire last weekend. The St. Mary's club ground will host the Minor A Final.

Leitrim GAA fans are in for a triple treat with the news that the County Senior, Intermediate and Minor A Championships Finals will all be held on the same day in Carrick-on-Shannon.

County Board officials announced that the Intermediate Final between Ballinamore Sean O’Heslin’s and Drumkeerin, traditionally played on the Saturday of County Final weekend, will be the curtain raiser for the Senior Final between Aughawillan and Glencar/Manorhamilton.

The Connacht Gold Senior and Fox’s Monumentals Intermediate Finals will both be played in Pairc Sean Mac Diarmada with the Intermediate decider down for a 2 pm throw-in with the Senior Final at 4 pm.

The day will open, however, with the Minor A Final between Melvin Gaels and St. Manchan’s taking place in the adjacent Pairc Naomh Mhuire at 12.00, the decision to have the game at the St. Mary’s club grounds to ensure that the Pairc Sean pitch will be able to stand up to two games at this time of year.

Access between the two grounds was a great success during the Semi-Finals on Sunday last when Sean O’Heslin’s and Carrigallen played in Pairc Naomh Mhuire before the Aughawillan and Gortletteragh game in Pairc Sean Mac Diarmada.

Ironically, the decision to move the Intermediate Final to the Sunday could provide the County Board with a major financial boost as the biggest attendances in recent years at the Senior Final have always come when the game is paired with either the Intermediate or Junior Finals.

It will make for a long but exciting day of action for Leitrim GAA fans.