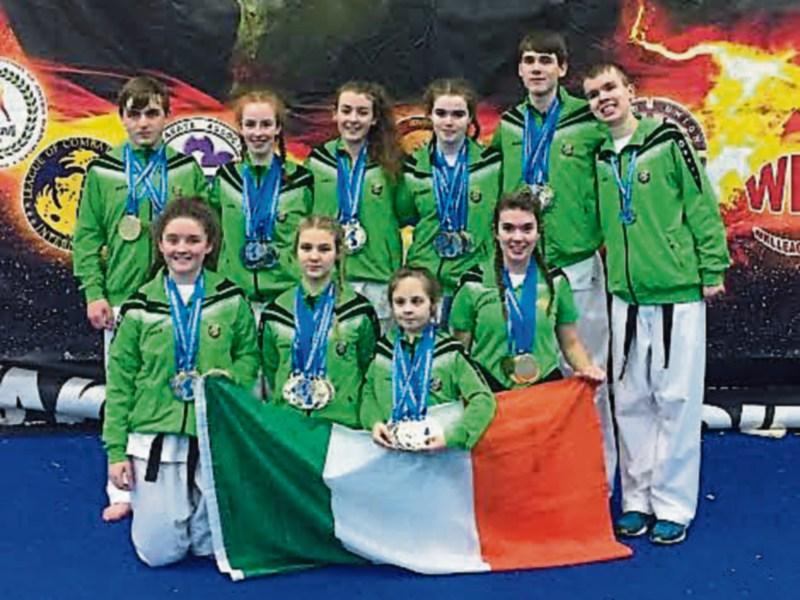 The local competitors were accompanied by their Sligo teammates Hannah Kelly, Evan Oates and Aisling Lyons.

Ten hungry fighters from Green Dragon Karate Club ventured to the Italian town of Marina di Carrara, and cleaned up on finals day, racking up a total of 40 gold, 13 silver and 10 bronze medals.

With 5,000 competitors from 107 countries, the massive Unified World Championships took place over a strenuous but exhilarating four-day period.

A big thank you to Senseis John and Michael Sweeney for their continued support and encouragement, which resulted in an outstanding result for the Green Dragons.