Huge demand as Paddy Christie workshop is booked out 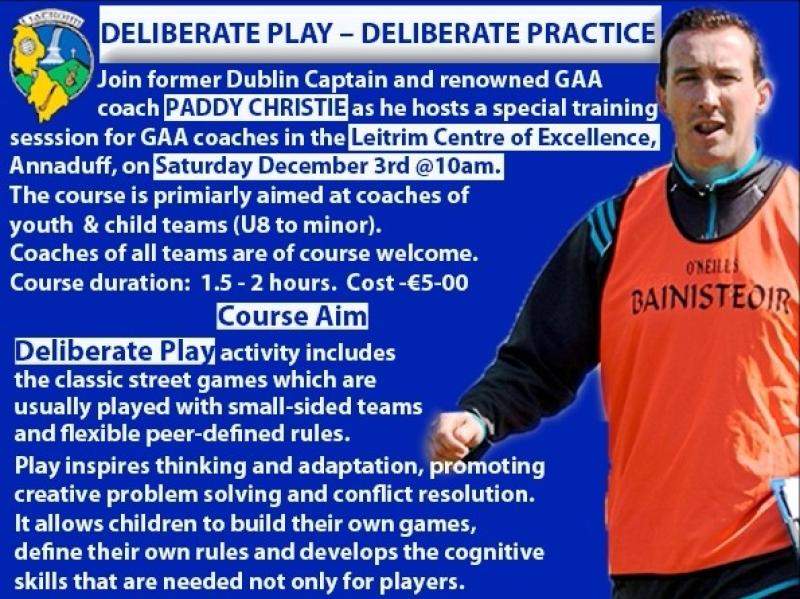 The desire to learn is obviously high in Leitrim as the "Deliberate Play Deliberate Practice" coaching workshop with former Dublin All-Star Paddy Christie has already been booked out!

The workshop, organised by new Leitrim Games Promotion Officer James Glancy under the auspicies of the Leitrim Games & Coaching Development committee, has met with a huge response with over 70 coaches already booked in for the course in the Leitrim GAA Centre of Excellence on Saturday, December 3.

Unfortunately for those who weren't quick off the mark since an article appeared in the Leitrim Observer this week, the course is now closed with a "reserve list" also booked out.

Organisers are keeping the course to 70 participants so that there is a good chance for everyone to engage in the workshop.

However, if you missed out, don't worry - the Leitrim GAA Games & Coaching Development committee will be running a series of workshops in the New Year with some big names in the GAA world already being lined up. So keep an eye out for future developments and whatever you, be quick off the mark next time!