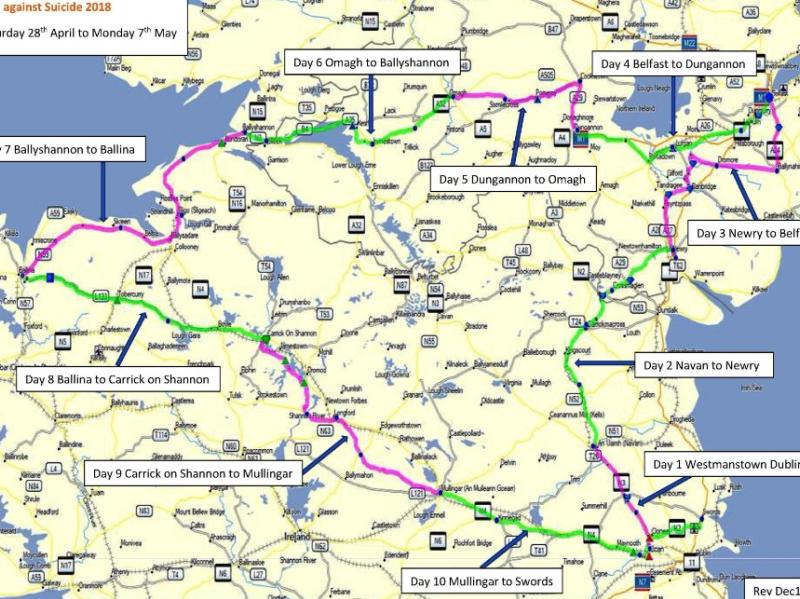 The 2018 route for Cycle Against Suicide

Hundreds of cyclists are due to descend on Carrick-on-Shannon in May after the hugely popular Cycle Against Suicide unveiled the route of their 2018 event.

The now annual event, has seen over 15,000 cyclists take to the roads, shoulder to shoulder since 2013.

The 2018 event will see Carrick-on-Shannon used as both a stage finish and stage start. On Saturday, May 5, cyclists will start the day in Ballina and make their way, via a stop in Tubbercurry, to Carrick-on-Shannon, a journey of 79.8 miles while the next day, Sunday, May 6, will see participants cycle from Carrick to Mullingar, via Longford, for another spin of 86.20 miles.

The days featuring Carrick-on-Shannon are stages eight and nine of the ten day event, which finishes on the Bank Holiday Monday, May 7, in Swords, having left Westmanstown in Dublin on Saturday, April 28.

Those looking to take part have three different options with an early bird offer, which is open until Wednesday, February 14, for one stage, two to five stages or six to ten stages.

Since 2013 Cycle Against Suicide, along with over 15,000 cyclists in their very distinctive Orange jerseys who have joined us on all types of bikes and in all types of weather to help spread the message  that “It’s OK not to feel OK; and it’s absolutely OK to ask for help”. Cycle Against Suicide wants this year to be the biggest and best Cycle yet bringing our message to the 6.4 million people on the island of Ireland.

To do this we need your help. Register as a cyclist, volunteer or homestay provider today and together, shoulder to shoulder, let’s break the cycle of suicide in Ireland. The power of the Cycle and its message is something which each year brings communities, organisations, schools, individuals and cyclists of all abilities together with a common purpose. Each year we aim to engage more communities  to begin a conversation about mental health; about looking after ourselves and reaching out to each other.

By getting on a bike and joining our “sea of orange”, YOU are helping to make a difference! Please join us shoulder to shoulder as we break the cycle of suicide together and continue to spread the message that “It’s OK not to feel OK; and it’s absolutely OK to ask for help.” 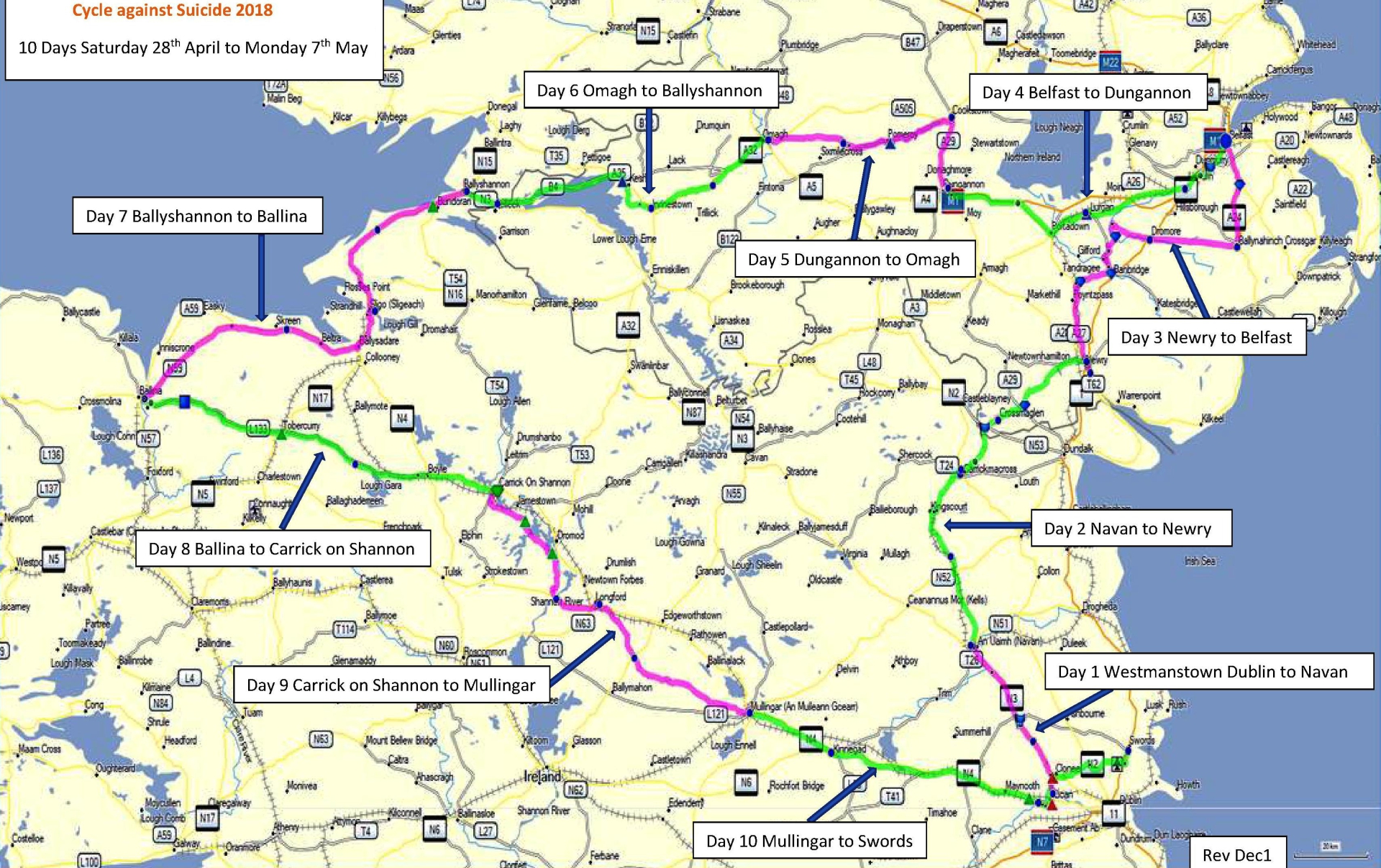