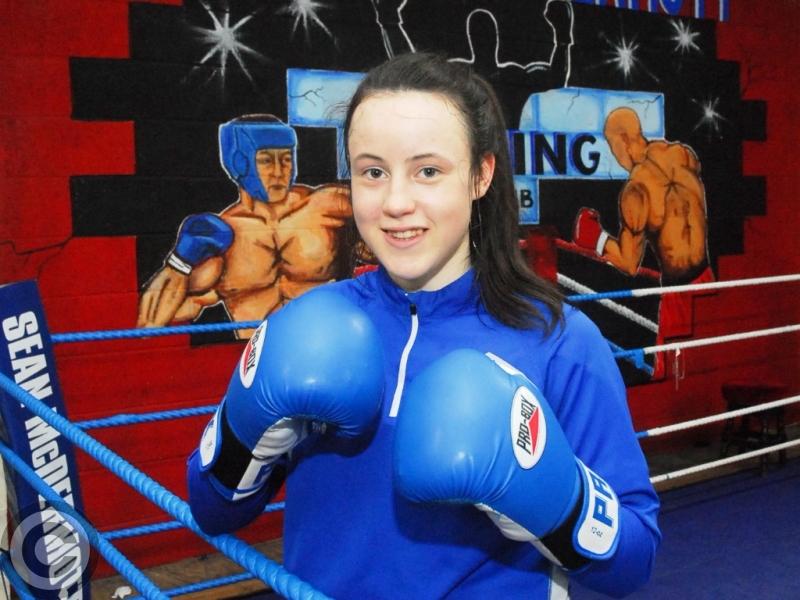 Manorhamilton's Dearbhla Rooney will fight fourth in the Finals programme on Wednesday. Photo by Willie Donnellan

Leitrim's Déarbhla Rooney will fight for the gold medal on Wednesday afternoon, April 25, at approximately 2 pm Irish time after the Finals schedule for the European Youth Championships was released.

With four Irish boxers battling it out for the gold medal on Wednesday, Déarbhla's Bantam Weight (57Kg) fight against Slovakia's Jessica Triebelova will be fourth in the afternoon programme.

Déarbhla will revert to the blue corner for the Final after wearing red for the first time in the dramatic semi-final victory over Valerii Radionova of Russia on Tuesday afternoon.

And the Irish contingent will be completed by Sligo's Dean Clancy who takes on England's Ivan Price in the Flyweight (52kg) Final, the second final of the evening programme.

There should be a full house for the Finals with two Italian boxers contesting the Finals between Moorehouse and Déarbhla.