BREAKING: Silver for Déarbhla as Slovakian wins on points 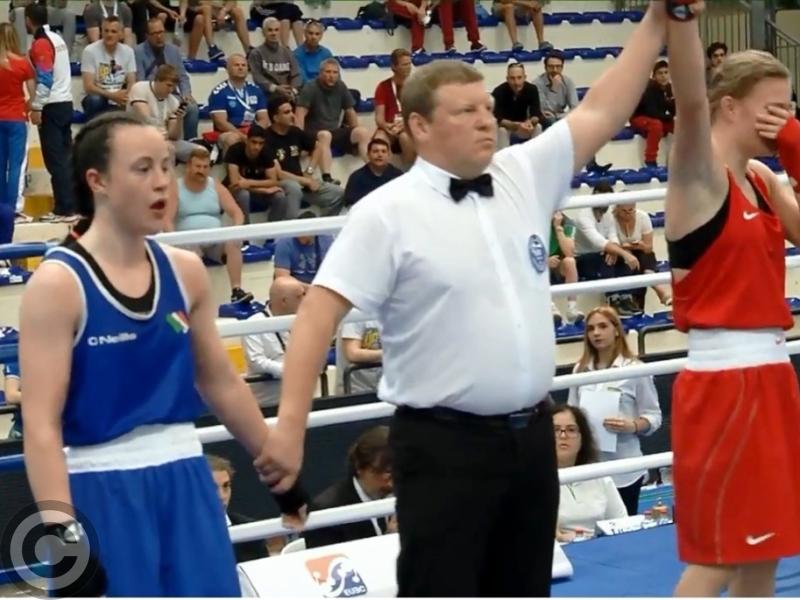 Déarbhla Rooney's extraordinary journey in the European Youth Boxing Championships in Italy ended today (Wednesday) with a silver medal when Slovakia's Jessica Triebelova proved too strong for the Leitrim fighter in the Bantamweight Final.

A gutsy performance saw Déarbhla battle away to the very finish, winning the final round on three of the five judge's scorecards but the taller and powerfully built Slovakian won the fight 5-0 on points. 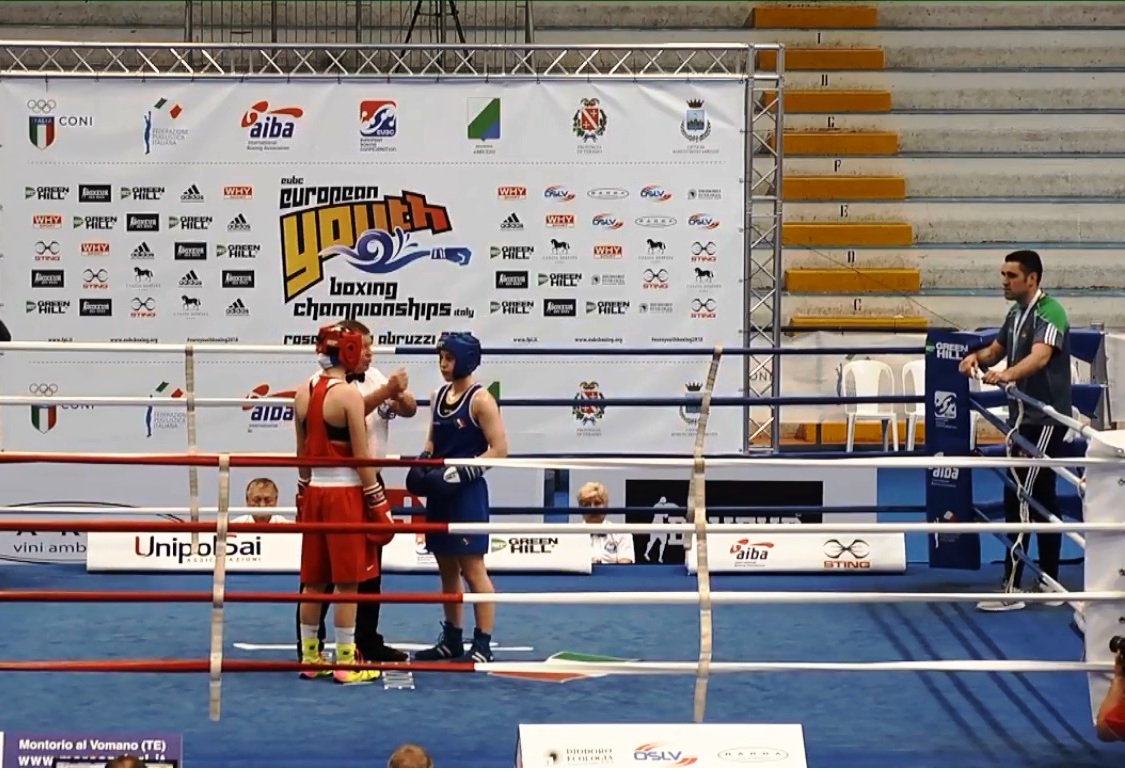 Déarbhla produced a battling display, always driving forward and taking the battle to her opponent and despite her obvious disappointment at the final result, the young Mullies fighter can take huge pride from a series of brilliant performances and is now the holder of a rare European silver medal in one of the major Olympic sports.

Triebelova did a lot of damage in the first round where a strong start and a standing count from the ring judge ensured that the Slovakian won the round 10-8, 10-8, 10-8, 10-9, 10-9. A standing count that left Déarbhla visibly perplexed towards the end of the round didn't help the Leitrim boxer get into her normal rhythm. 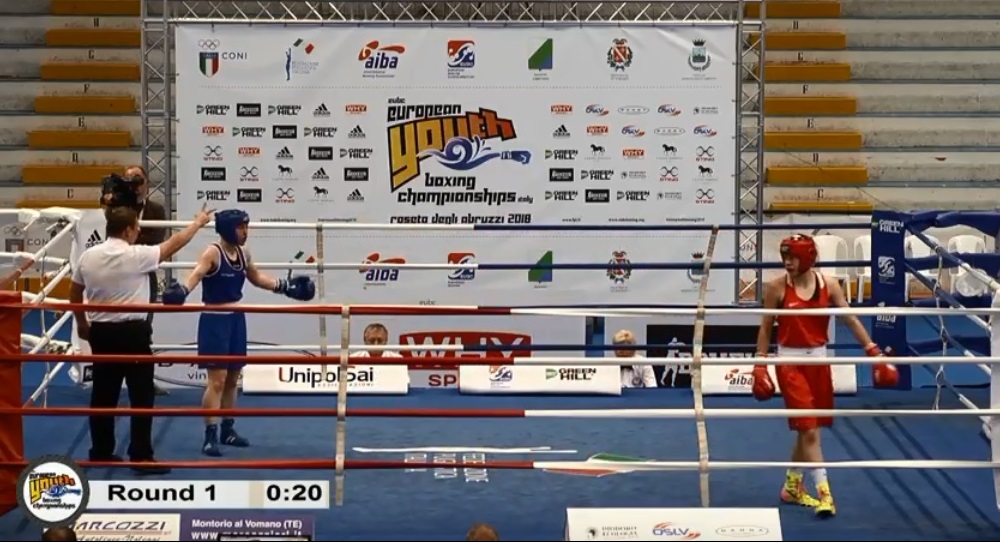 Déarbhla shows her frustration at a standing count from the referee

The second round was a much tighter affair with all five judges scoring it 10-9 in favour of the Slovakian who started well. But as the round progressed, Déarbhla started to land combinations that caused a lot of damage but another count from the ring official may have decided the round in favour of Triebelova.

The final round was easily Déarbhla's best as despite getting caught on the side of the head early on by a swinging Triebelova effort, Déarbhla just didn't stop, kept driving forward and delivering quick punches. And her eagerness to force the issue was seen in the way Déarbhla attacked after every stoppage in action. 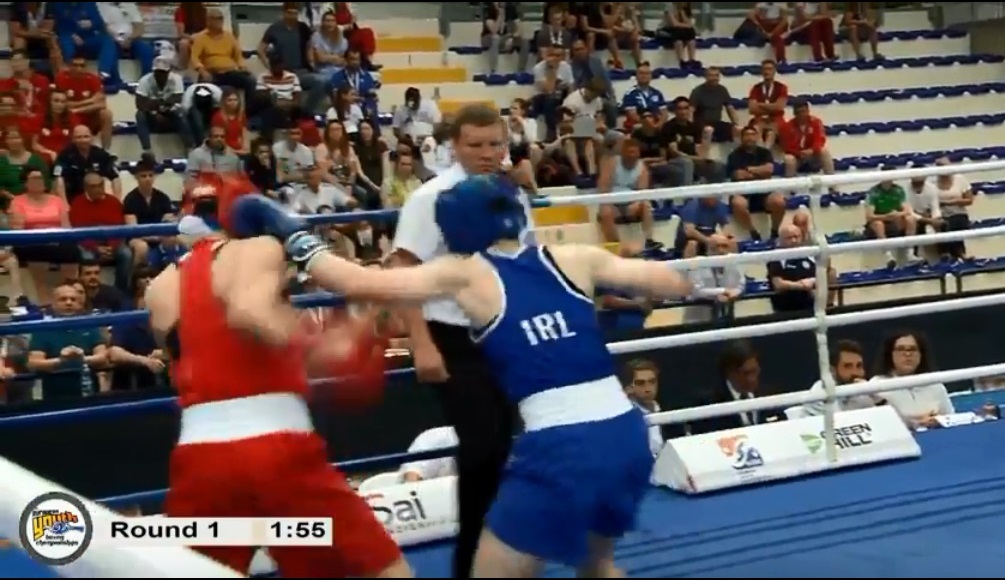 Déarbhla connects with a punch

Three judges, from Romania, Israel and Bulgaria, scored the fight 10-9 in favour of Déarbhla with the judges from Poland and France giving it to Triebelova on the same margin. 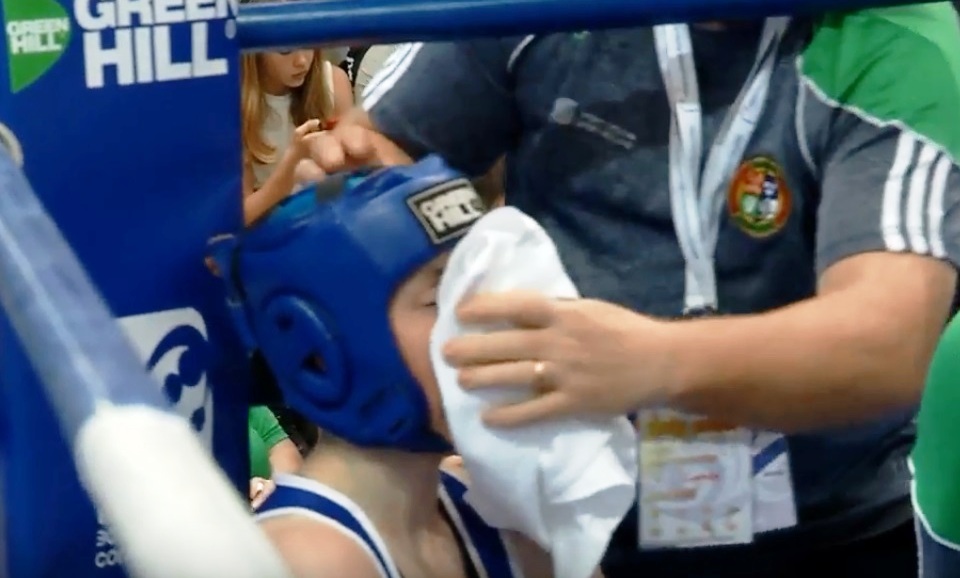 Some care for Déarbhla during the break between rounds 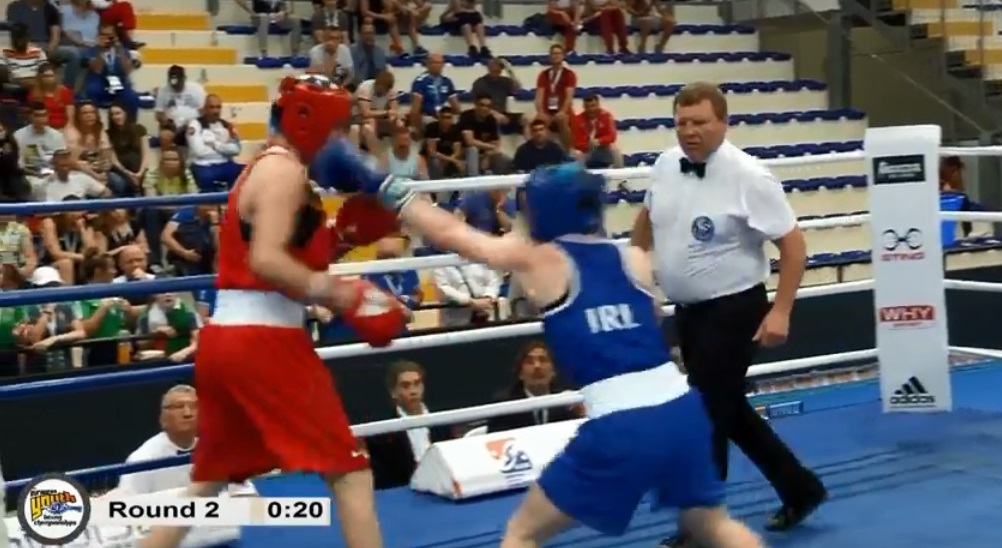 Déarbhla on the front foot