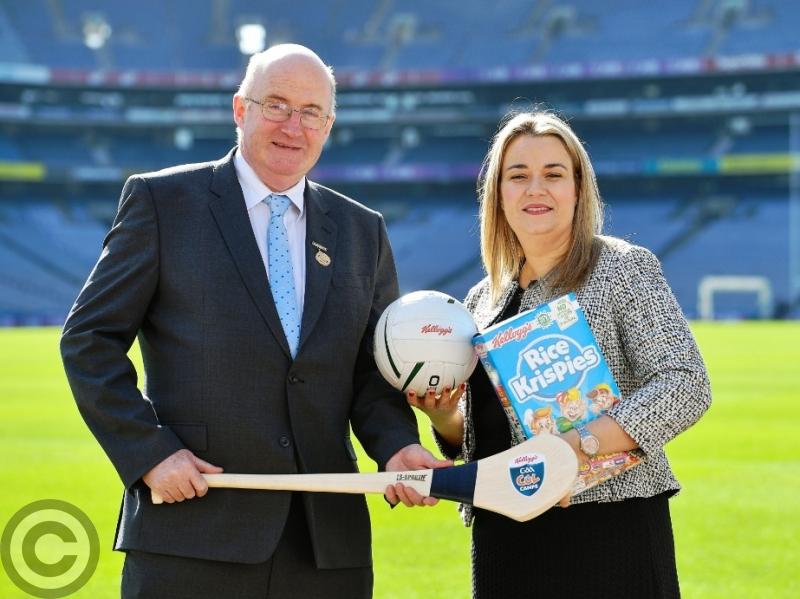 Kellogg’s and the GAA have agreed to extend their Cúl Camps partnership for a further three years. Last year’s camps were attended by a record 142,000 boys and girls between the ages of six and 12, equating to roughly one in four children in Ireland.

The camps, which take place across all 32 counties during July and August, help youngsters learn GAA skills and play the national games in a safe and enjoyable environment with qualified coaches.

A number of top inter-county footballers and hurlers have played an active role in the camps in the past and both the GAA and Kellogg’s are looking forward to another bumper year in 2018.

GAA President John Horan said:  "Our partnership with Kellogg’s has been a resounding success helping to take attendance figures at our Cúl Camps to unprecedented levels last year. In seven years working together we have helped bring the Kellogg’s Cúl Camps into every home in the country boosting underage and youth participation which is one of our top priorities.

"We are delighted with confirmation of the sponsorship extension and I look forward to seeing the camps continuing to go from strength to strength."

Kellogg’s has sponsored Cúl Camps since 2011, with this new deal representing an undisclosed seven-figure sum. The Cúl Camps partnership comes backed by extensive marketing and promotional support from the cereal giant, with the camps featuring on special packs of Kellogg’s Corn Flakes and Rice Krispies.

Ruth Hughes, head of Kellogg’s in Ireland, said “At Kellogg’s we are delighted to continue supporting GAA Cúl Camps and I am thrilled to see participation levels continue to rise. We support the GAA Cúl Camps because we passionately believe in getting kids out and active and, just like the GAA, we like to think Kellogg’s is at the heart of Irish communities.”