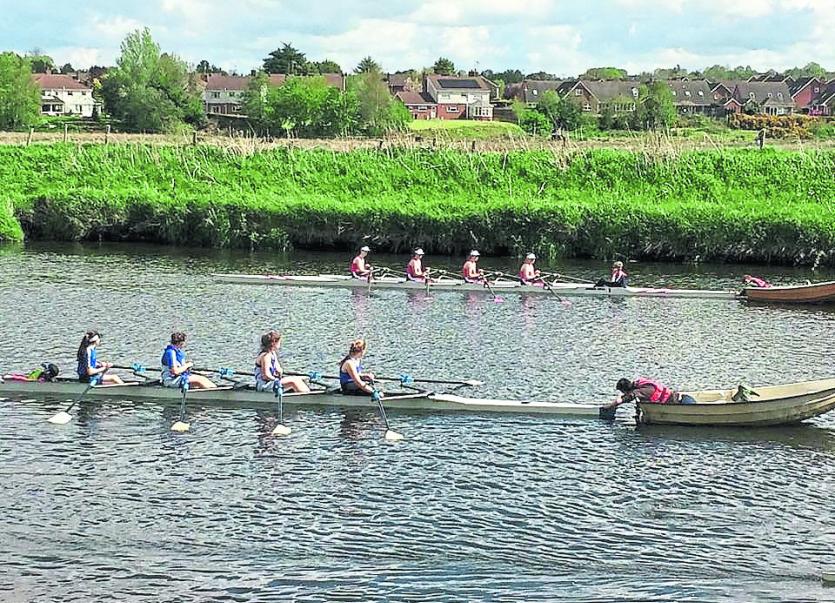 Carrick Rowing club are delighted to announce that this year's August Bank Holiday Regatta will be as big as ever with record numbers of different crews competing on Sunday, August 5.

Crews from all corners of the country will compete in various categories from j12 to masters who have been coming to the lovely banks of the Shannon for as long as they can remember on August bank holiday.

The crews will compete on the 450m course which is a real sprint regatta. Crews always enjoy this distance on the Shannon as they wind down from July's Irish Rowing Championships which was raced over 2000m on the lake of inniscarra. Of course, there will be lots of crews out to take scalps from the newly crowned national champions!

Carrick Regatta are also delighted to host the Final leg of the Waterways Ireland Boys and Girls junior 15 & 14 league.
Again Carrick Rowing Club are delighted to say that they look foward to welcoming all their friends from the country near and far. The club hopes they all enjoy their time in Carrick and no doubt they will be given a good Leitrim welcome.

The Club would like to extend an invitation to one and all around Carrick on Regatta day to come down and have a look from the Quays, enjoy the atmosphere, give a bit of a shout for Carrick if it takes your fancy, come in to the club and have a cuppa and the lovely home baked treat made by the lovely mammies of the club. Soak up the fun, craic and occasion that is Carrick Regatta; one of the oldest sporting events in the country.

Carrick Rowing Club would also like to say a big well done to their past oars women Ella Brogan who represented Ireland in the Womens Lightweight Pair at the Home International Regatta in National Rowing Centre, Inniscarra. A fantastic achievement after years of hard work in Carrick Rowing Club and Queens University Boat Club.

Carrick Rowing Club will also be attending the Sligo invitational Regatta which will be held on the 28th of July, which will be a great day out for all.

Coarse fishing returns to where it all started in Ballinamore