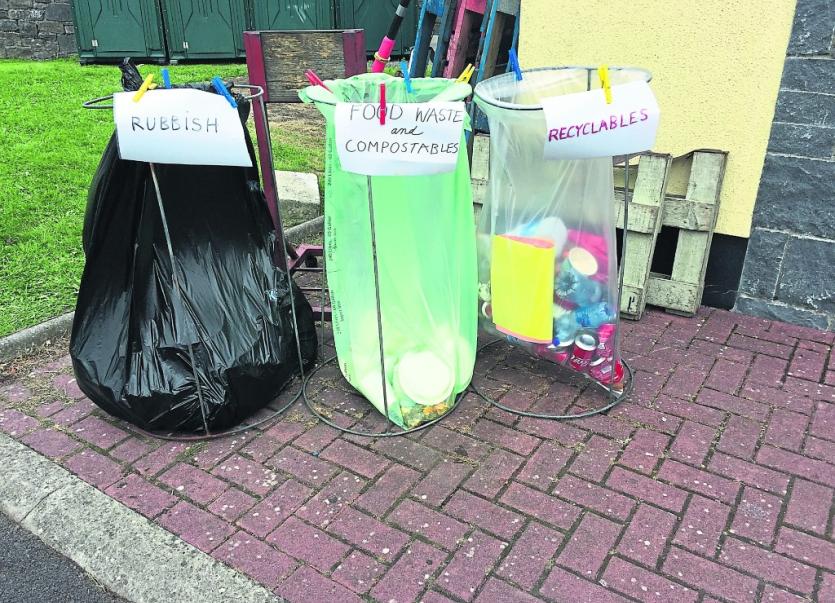 The one hundred and eighty sixth Carrick Regatta was held on August 5 and what a day it was. Clubs from all over Ireland travelled to compete in this, one of the oldest regattas in the country.

Though last year’s regatta was a great day the club was concerned by the amount of waste that was generated and so this year with the major financial support of the Environmental Awareness Department at Leitrim County Council they decided to source compostable cup/plates/knives and forks.

These plant-based catering disposables are made from renewable, lower carbon or recycled materials, and can all be composted with food waste, even the lids, knives and forks, which people found hard to believe on the day!

This year we had only two black bags for landfill as opposed to a whopping twelve last year. We had four for recycling and six for composting.

One of the parents of the club brought the compost bags to their farm compost heap so we will be able to keep track on how long it takes the waste to break down!

Everybody came on board with this initiative on the day and we hope by making this move to compostables, other clubs will follow suit.

We would like to extend a huge thank you to Leitrim County Council, and to all the competitors and spectators who helped us in this quest to reduce waste.

Together we can make a difference!