BREAKING: Déarbhla Rooney to fight on Tuesday in preliminary round

Leitrim boxer to face Thai opponent in preliminary round of Women's 57Kg category at World Youth Championships in Budapest, Hungary on Tuesday 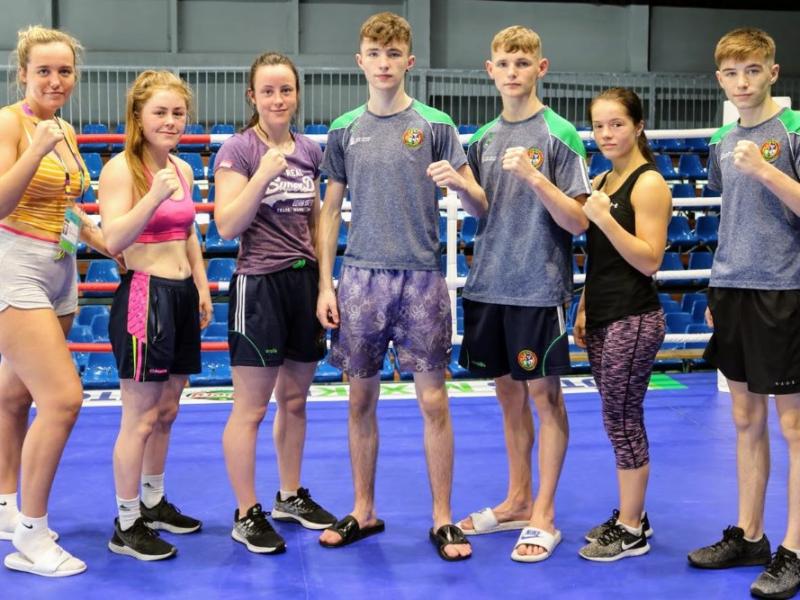 Déarbhla Rooney pictured with members of the Irish team in Budapest

Leitrim’s Dearbhla Rooney will face a Thailand opponent today (Tuesday August 21) in the opening sessions of the World Youth Boxing Championships in Budapest.

In an unexpected development, the Women’s 57Kg preliminary rounds were moved from this Thursday to today (Tuesday) and Déarbhla has been drawn to face Thailand’s Panpatchara Somnuek in the seventh bout in Ring 2 at the Duna Aréna in Budapest.

The Thai fighter was a bronze medallist in her continental Youth championships back in April and will probe a tough opponent for the European silver medalist after the draws were made late on Monday evening in Budapest.

The session, which early versions of the competition’s programme had down for Thursday, gets underway at 12 noon local time, which means the session will get underway at 11 am Irish time on Tuesday morning.

If Déarbhla is successful against the Thai boxer, the Sean McDermott BC member will face Kazakstan’s Yerkezhan Dauletzhankyzy, who received a bye, in the first round proper on Saturday next, August 25.

The winner of that fight will face the winner of the bout between Tetiana Rodionova of the Ukraine and Nikolina Cacic of Croatia, beaten by Déarbhla on her run to the silver medal, in the Quarter-Finals on Monday evening.

Victory in the Quarter-Finals could see Déarbhla get the long awaited rematch against Slovakia’s Jessica Triebelova who defeated her in the European Final. The Semi-Finals have been fixed for the next day, Tuesday August 28, with the Final scheduled for Thursday, August 30.

Russia’s Valeri Radionova, who Déarbhla defeated on a 3-2 split decision in an epic Semi-Final clash at the Europeans is on the other side of the draw

Sligo flyweight Dean Clancy is first up, fighting on Tuesday in the Round of 32. The European Youth and Junior silver medallist is in against American Asa Stevens, a Panamerican Youth silver medallist.

KEEP UP TO DATE WITH DEARBHLA PROGRESS AT WWW.LEITRIMOBSERVER.IE AND TWITTER AT @LEITRIMTODAY.