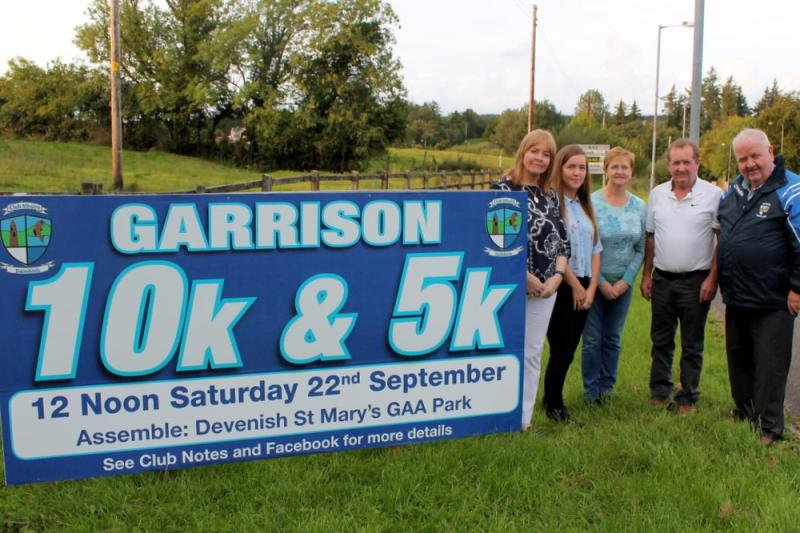 The Garrison 10K and 5K will take place at 12 noon on Saturday 22 September. Proceeds raised from this year’s event will go to Air Ambulance NI in memory of Michael Flanagan and Neil Graham, two young men from the Garrison community, who died earlier this year.

The annual chip-timed event organised by Devenish GAA is now in its eighth year and for the first time since it began in 2011, the Club is changing the course from a five miler to a 10K and 5K. It is hoped the new routes will appeal to competitive runners as well as those who want to participate for fun.

The 10K will begin and finish at Devenish St Mary’s Park with competitors running through the village, up the Gurteen Road to Kilcoo Cross and back down the Belcoo Road through Carran West.

Speaking at the launch, Devenish GAA Chairman Peter Carty said the event was an important one in the club’s calendar, "This is the one time in the club year that we have an occasion to give back to our community. The event affords us the opportunity to raise awareness of worthy causes and to hopefully raise some much needed funds for our chosen charity.

"The event is tinged with sadness as we lost Michael Flanagan and Neil Graham, two young men from Garrison, earlier this year. As a club and more importantly as a community, we want to remember and pay tribute to Michael and Neil and show our support for their families during this difficult time. In doing so, we will also raise funds for Air Ambulance NI, in their memory. Each day Air Ambulance NI costs in the region of £5,500 and £2m is needed each year to keep the service operational.

"Serious or life-threatening situations," Peter said, "can happen to anyone at any time and on average, every single day in Northern Ireland, one individual finds themselves in desperate need of this service. The charity’s operational helicopter carries a crew compiling pilot, doctor, and paramedic, 365 days of the year operating for 12 hours every day. They attend some of the most traumatic medical incidents and are dedicated to delivering the best possible pre-hospital care both at the scene and while transferring the patient to the most appropriate hospital for their specific injuries’.

The helicopter can get anywhere in approximately 25-30 minutes and the rapid response is vital in an emergency situation.

"The charity relies on the generosity of the public to remain operational and we hope that we can play a small part in that on the 22 September. This is always a good day out for locals and visitors alike and we are really looking forward to welcoming everyone, whether they are taking part competitively or joining in for fun." 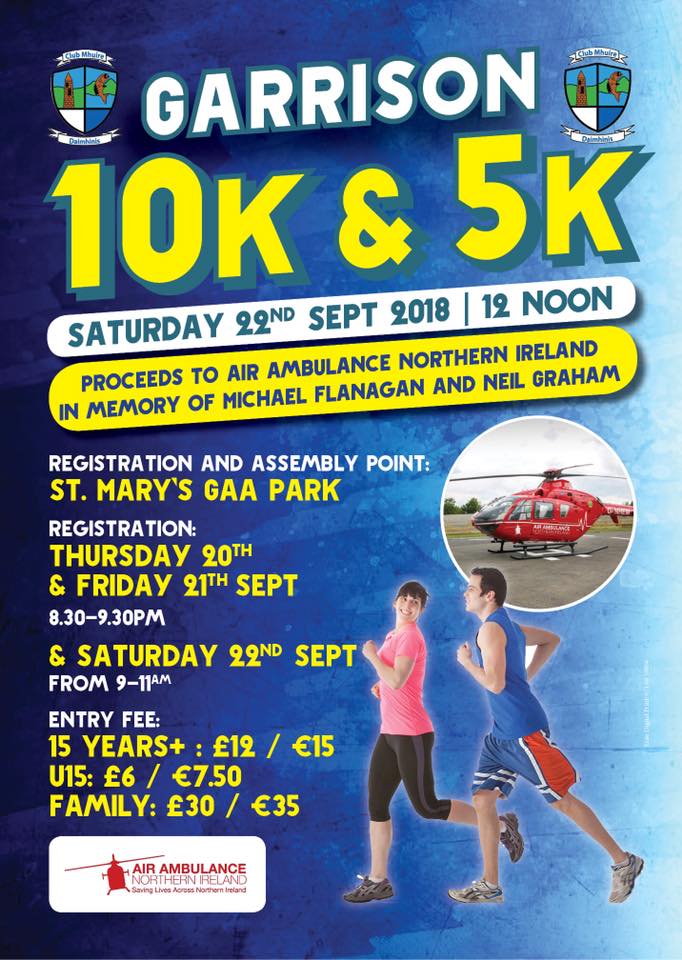 Home comforts for Colin as he wins Ballinamore 10K