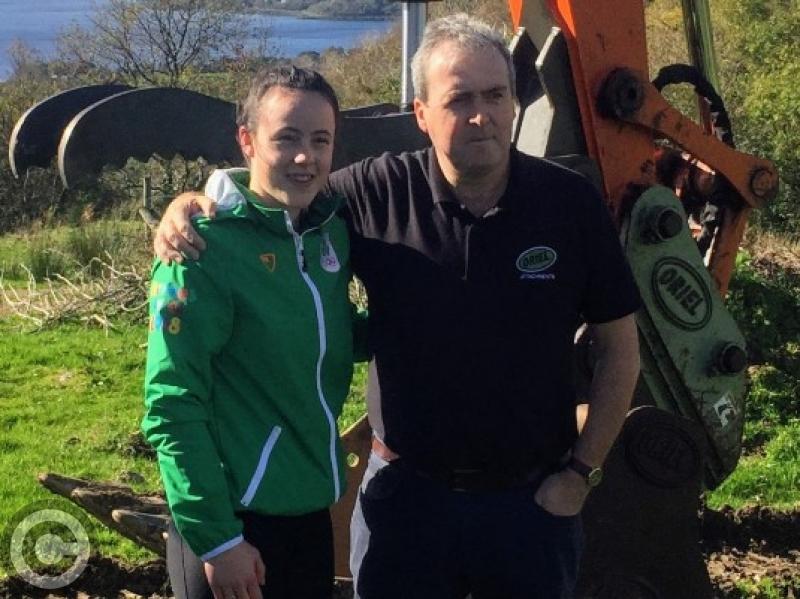 Glenade's Déarbhla Rooney marked her Olympic debut with a comfortable victory over an American opponent and book her place in the Featherweight semi-finals at the Youth Olympic Games in Buenos Aires, Argentina in the early hours of Monday morning.

Speaking to the Team Ireland officials, a clearly delighted Déarbhla said "I'm absolutely over the moon, delighted with it. I was happy with how I fought, the first fight is always tough, to get it out of the way and get warmed up and ready for the next fight."

Déarbhla was drawn against USA's Linda Roma Martinez but she made light work of her opponent, winning all three rounds 10-9 from all five judges to complete a whitewash scoreline of 30-27 on all five judges scorecards.

Interestingly, the Sean McDermott Boxing Club fighter will have a chance to avenge her World Championship defeat as she will face Thailand's Panpatchara Somnueck, the boxer who defeated her in Budapest in the first round last August, when they clash in the semi-finals on Tuesday.

However, it won't be an easy fight as the Thai fighter demolished Slovakia's Jessica Triebelova in her first round bout, the contest stopped after two rounds with Somnueck leading 19-18, 19-17, 19-18, 19-17 having lost the first round acccording to all five judges so Somnueck cannot be taken lightly.

The fight will take place at 1pm local time in Argentina with the winner going into the final on Wednesday while the loser will have to fight off for the bronze medal.

Good luck Déarbhla in your semi-final.