BREAKING: No joy for Déarbhla in Youth Olympic Semi-Final

Glenade fighter to battle for bronze medal on Wednesday 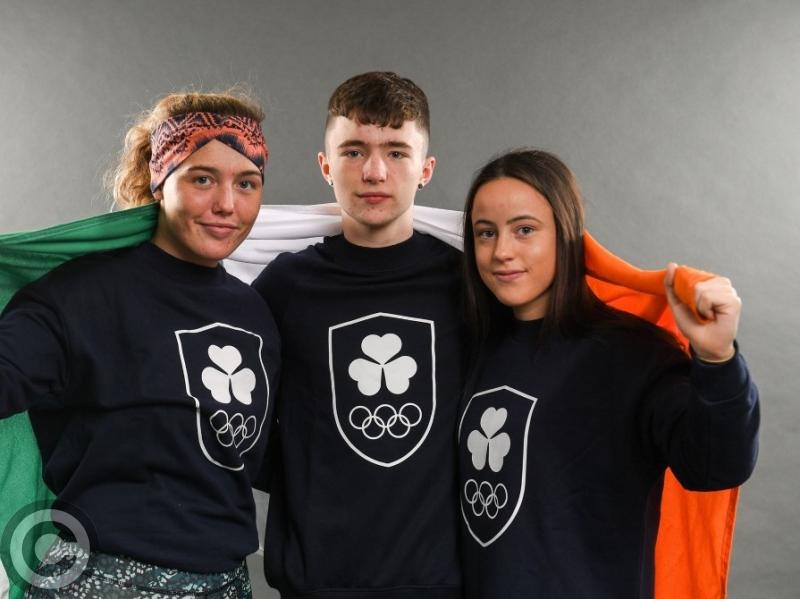 Glenade's Déarbhla Rooney will fight for a bronze medal at the Youth Olympic Games on Wednesday evening after Thailand fighter Panpatchara Somnuek won a 4-1 split decision in their semi-final in Argentina tonight.

Going into the contest, Déarbhla was hoping to avenge her World Championship defeat at the hands of the Thai boxer in the Oceania Areana in Buenos Aires but the Thailand boxer again got the decision from the judges despite a huge performance from the Leitrim fighter.

The scoring was very tight with the differences in scoring reflecting the closeness of the bout. The Judge who gave the fight to Déarbhla on a 28-29 scoreline actually had the Sean McDermott Boxing Club fighter losing the first round as did two other judges while two more scored it 10-9 to Somnuek.

The second round saw Judge 2, Gonzalo Guzman of Argentina, give the round to the Leitrim boxer and he repeated it again in the third round but all four judges, the remainder from Korea, Columbia, Spain and Cuba score both rounds 10-9 to Somnuek.

That meant the fight was scored 30-27, 28-29, 29-28, 29-28, 30-27 in favour of the Thailand fighter. So close was the fight that all it would have taken was two judges to give one round more to the Irish champion and Déarbhla would have been fighting for a gold medal.

As disappointed as she must be, Déarbhla will have to quickly put her disappointment behind her as she faced New Zealand's Te Mania Rzeka Tai Shelford-Edmonds in a bronze medal fight at 7.15 pm Irish time tomorrow (Wednesday October 17).

The New Zealander will have to overcome her own disappointment as the referee stopped her semi-final against Mexico's Jennifer Carrillo-Carrillo, the Kiwi having been knocked down twice, once in the first round won comprehensively by the Mexican and again at the start of the second, forcing the referee to stop the fight.

Whether that gives Déarbhla an advantage in the fight-off for the bronze medal is hard to know - the New Zealander may take time to recover from her loss but the Manorhamilton fighter had to fight three tough rounds in her semi-final.

FOR MORE NEWS FROM THE YOUTH OLYMPIC GAMES, CHECK OUT WWW.LEITRIMOBSERVER.IE AND @LEITRIMTODAY