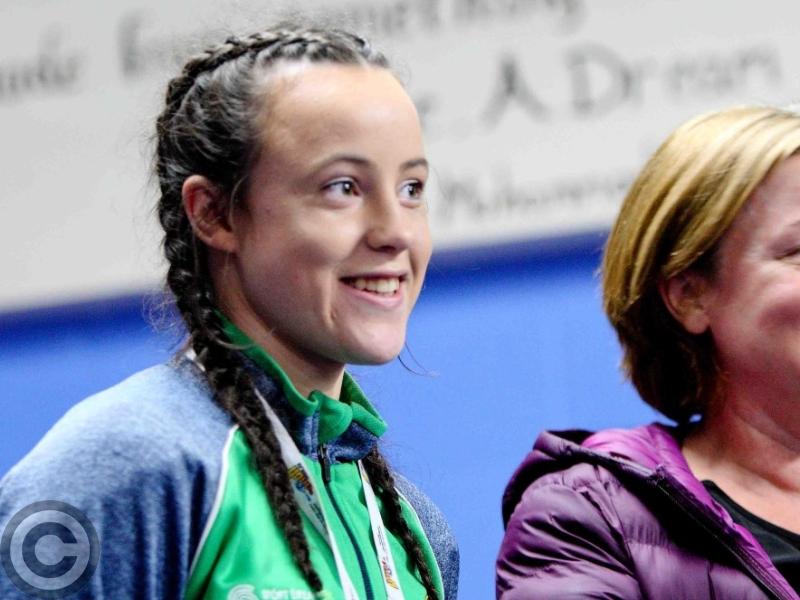 Leitrim's Déarbhla Rooney has set her sights on a bronze medal at the Youth Olympic Games on Wednesday despite the disappointment of her defeat in the Women's Featherweight Semi-Finals on Tuesday evening.

Speaking to Team Ireland's Heather Boyle after losing out to Thailand boxer Somnuek Panpatchara in a split decision, Déarbhla said "I’m disappointed with the result, I thought I did enough there. I’ll have a look at the score after. I’m just very disappointed now.

Click on the image below to listen to Déarbhla's interview:

"I met her in the worlds – she beat me in the prelim by a split decision, I’ll have to look over it now to see where it all went wrong. I’m not used to boxing boxers with a style like that. My style is usually the more aggressive one, pushing them back, whereas she has a very aggressive style of boxing herself, pulling forward all the time. I thought I did enough with hooks and jabbing.”

Rooney has already switched her focus to the bronze medal fight with New Zealand’s Te Mania Rzeka Tai Shelford-Edmonds - "I’ll focus on that now. I focus on the fight. Usually in the village I try to relax and take my mind off it, and here it’s all focus and thinking about what I’m going to do in the final. I’ll be very hungry now, and there’s no way I’m going home without the bronze now.”