BRILLIANT DÉARBHLA GOES FROM DESPAIR TO DELIGHT IN 24 HOURS 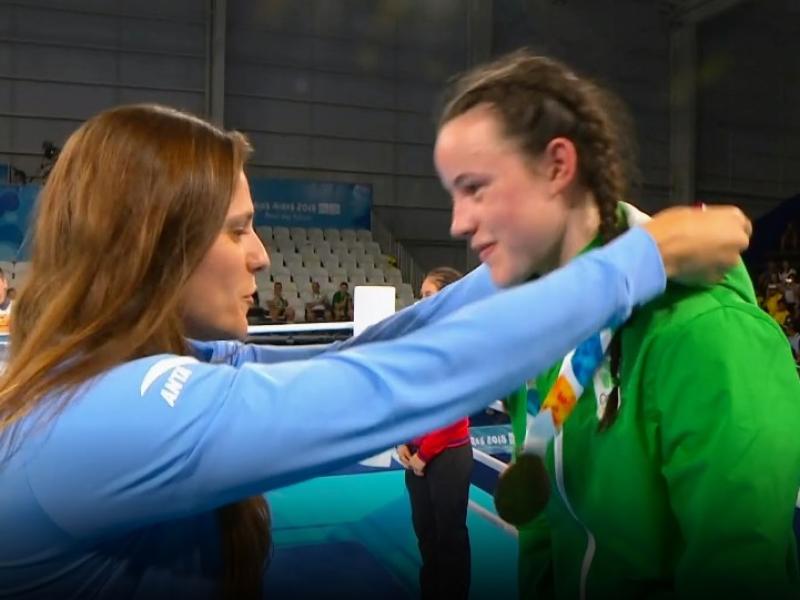 In a devastating display of power and speed, Leitrim's Déarbhla Rooney stormed her way to a comprehensive victory and a bronze medal on Wednesday evening at the Youth Olympic Games in Buenos Aires.

Less than 24 hours after the disappointment of losing out on the place in the final, it appeared that the Sean McDermott Boxing Club fighter poured every ounce of her frustration into her bronze medal match as she completed outclassed New Zealand's Te Mania Rzeka Tai Shelford-Edmonds to claim the bronze medal.

Bronze medal - tell us, how does that feel??? Manorhamilton boxer brings home the goods from the Youth Olympic Games #teamireland ☘️ @RTEsport pic.twitter.com/kQAMNjDaUr

And if there was some consolation from her semi-final loss, it can be found in the fact that Thailand's Panpatchara Somnuek went on to win the gold medal in the bout after Déarbhla third placed contest.

The Judge's scorecard tells the tale of a completely dominant performance from the young Glenade woman who had to endure a point deduction in the final round when the judge adjudged her to have pushed the New Zealander to the ground. 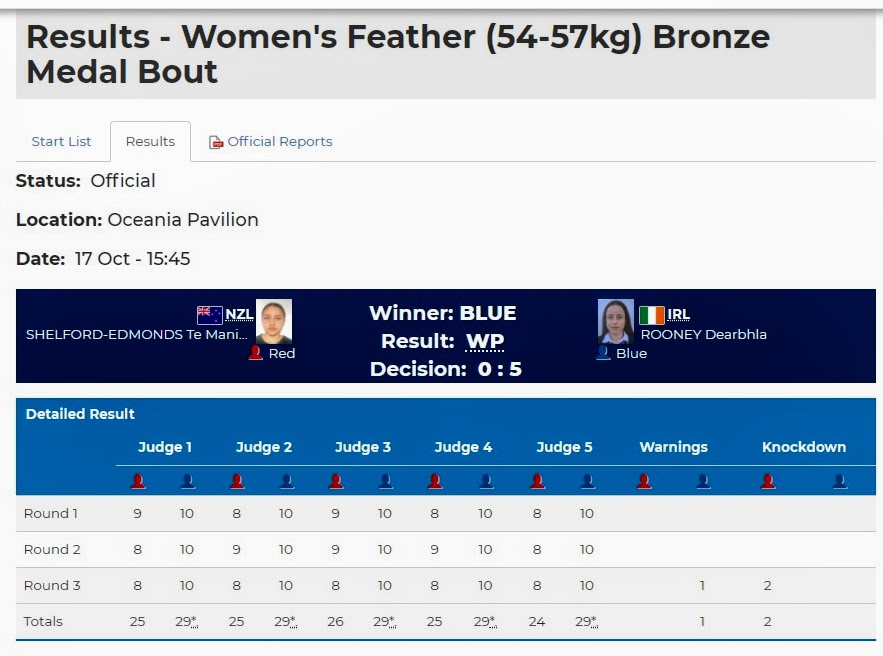 The final scorecard from Déarbhla's fight in Buenos Aires

Déarbhla in fact won all three rounds on the judges' scorecard, some so comprehensively that there was a two point differential. In the scoring system used in boxing, the winner gets 10 points and the loser automatically gets nine unless they are docked points or the Judge reckons they are being outclassed.

Déarbhla received the maximum ten points from all five judges for all three rounds but was docked one point in the final round while Shelford-Edmonds received nine points just five out of a possible 15 times as the judges scored the bout 29-25, 29-25, 29-26, 29-25 and 29-24. 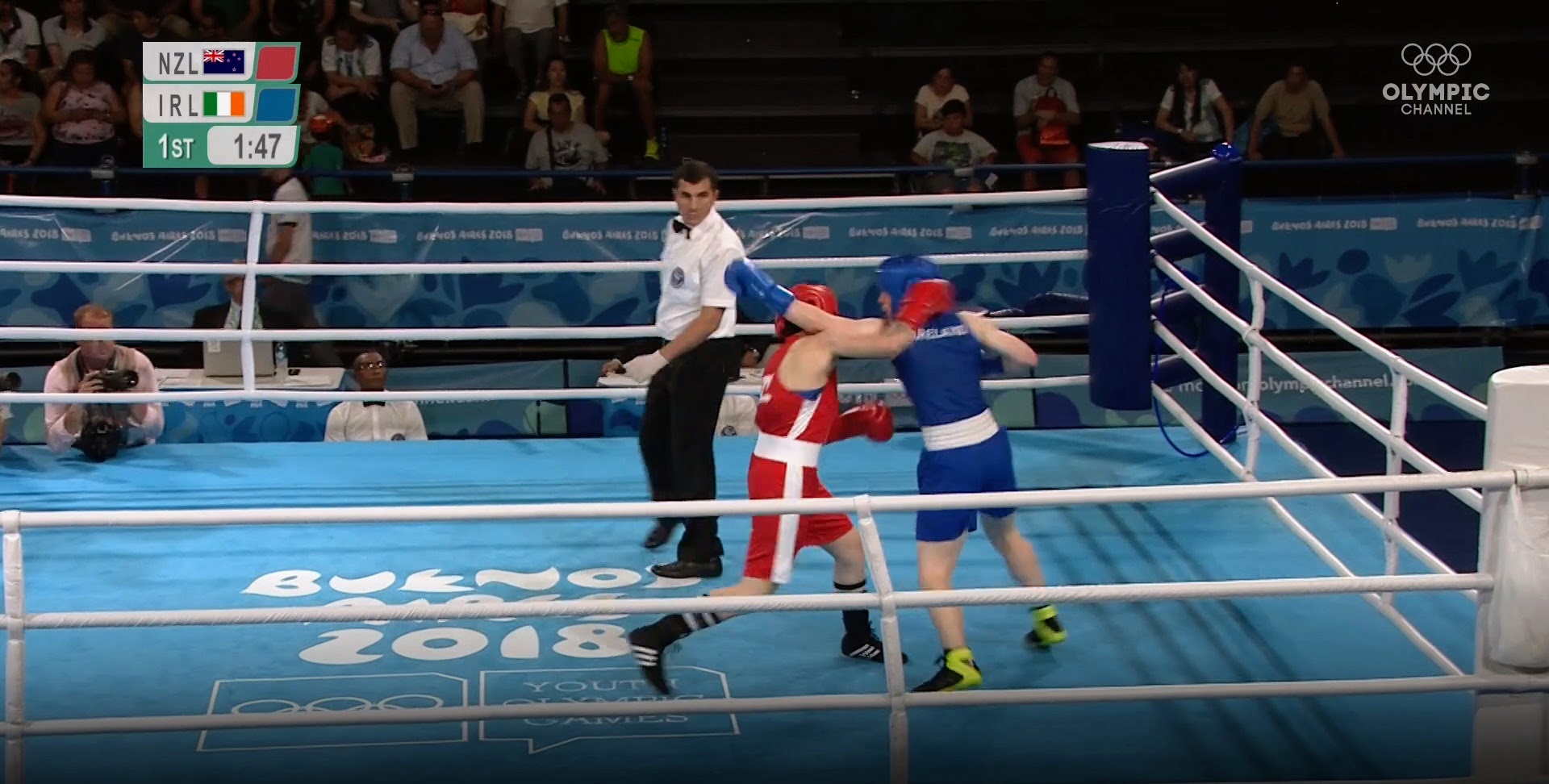 Déarbhla in action in the first round

It was a performance that found favour with the commentators on the Olympic YouTube channel, the duo mentioning time and time again the extraordinary speed and footwork of the Manorhamilton boxer, one describing her left hand as a "trip hammer" while the other quite simply said "there is no substitute for speed".

Perhaps the best evidence of Déarbhla extraordinary dominance came in the moments after her point deducation in the final round - instead of intimidating her, it seemed to enrage the Irish champion as she responded by twice forcing Shelford-Edmonds into standing eight counts.

Congratulations Dearbhla from everyone in Leitrim on a fantastic achievement. 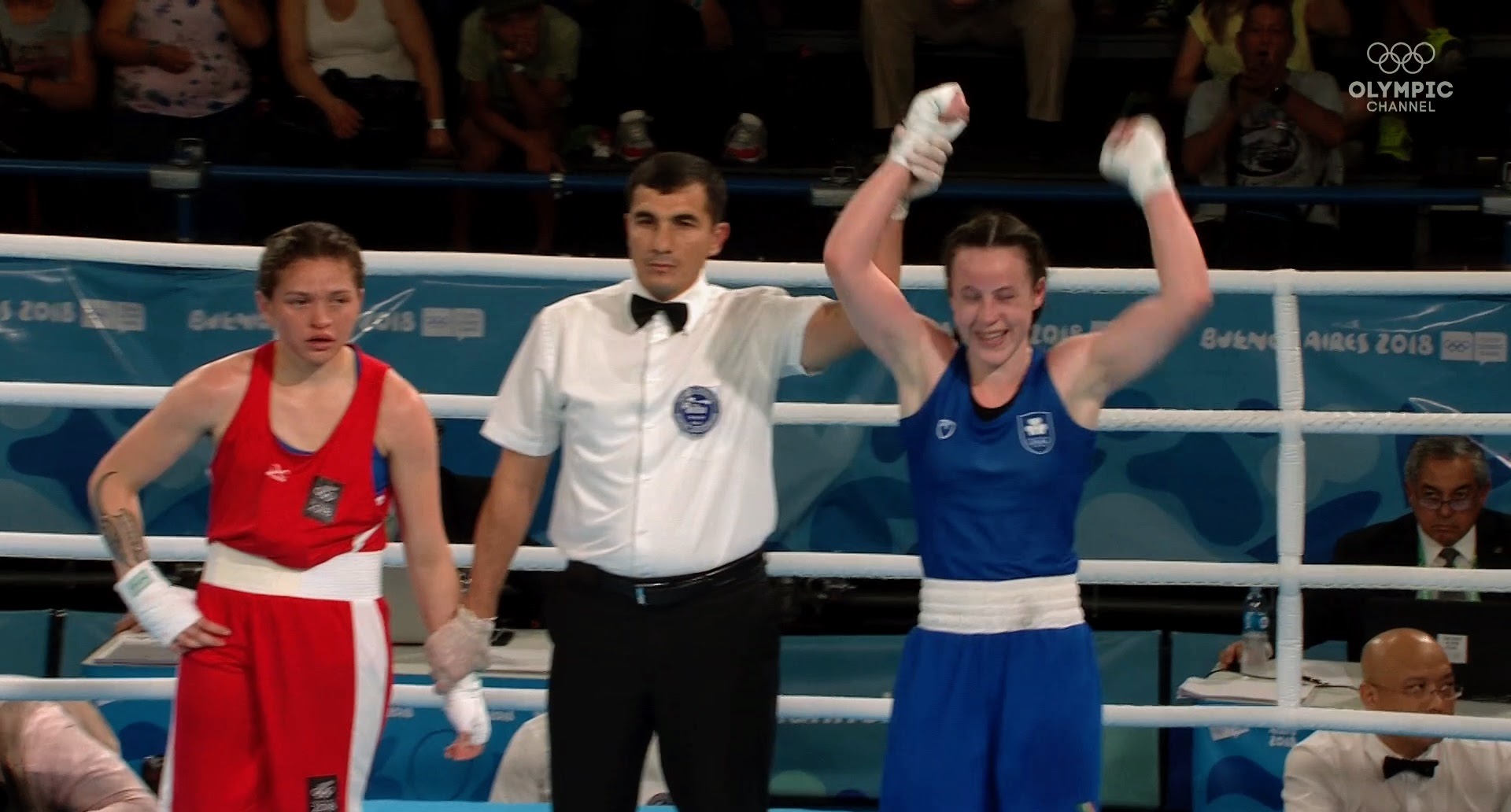 A delighted Déarbhla Rooney raises her hands in victory