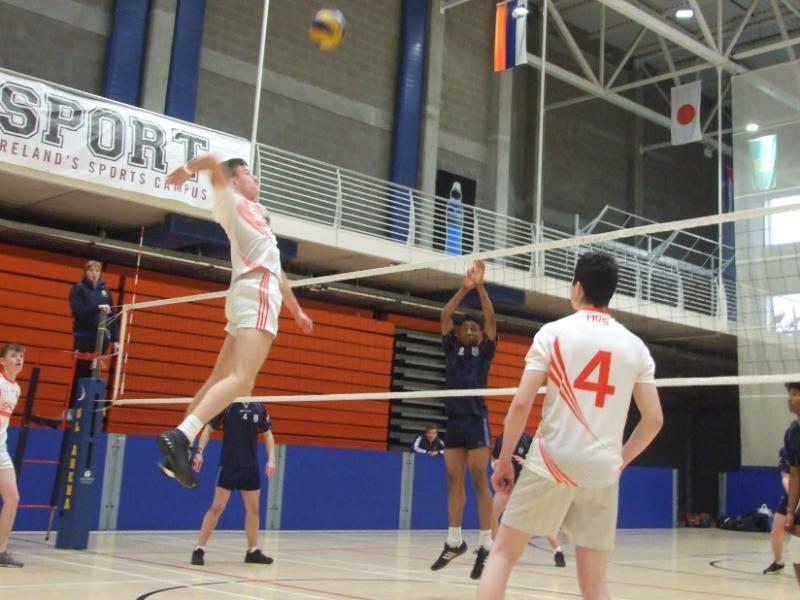 After a dream start from Cathal McGourty aces, a Drumshanbo team, stiff from three hours travelling crashed from 5-1 ahead to 5-7 down.

Only late on in the set did we see glimpses of top class Leitrim play.

With Barry McWeeney, in top form throughout the set, Drumshanbo got close at 23-19.

The second set was a reverse with Brigids leading 5-1. Then McGourty again and then Peter Winters hit five serves in a row to give Drumshanbo a 16-11 lead. Loughrea came back but good Drumshanbo defence frustrated them and levelled the match.

In the final set Brigids found spaces early on and with no missed serves held the lead throughout. 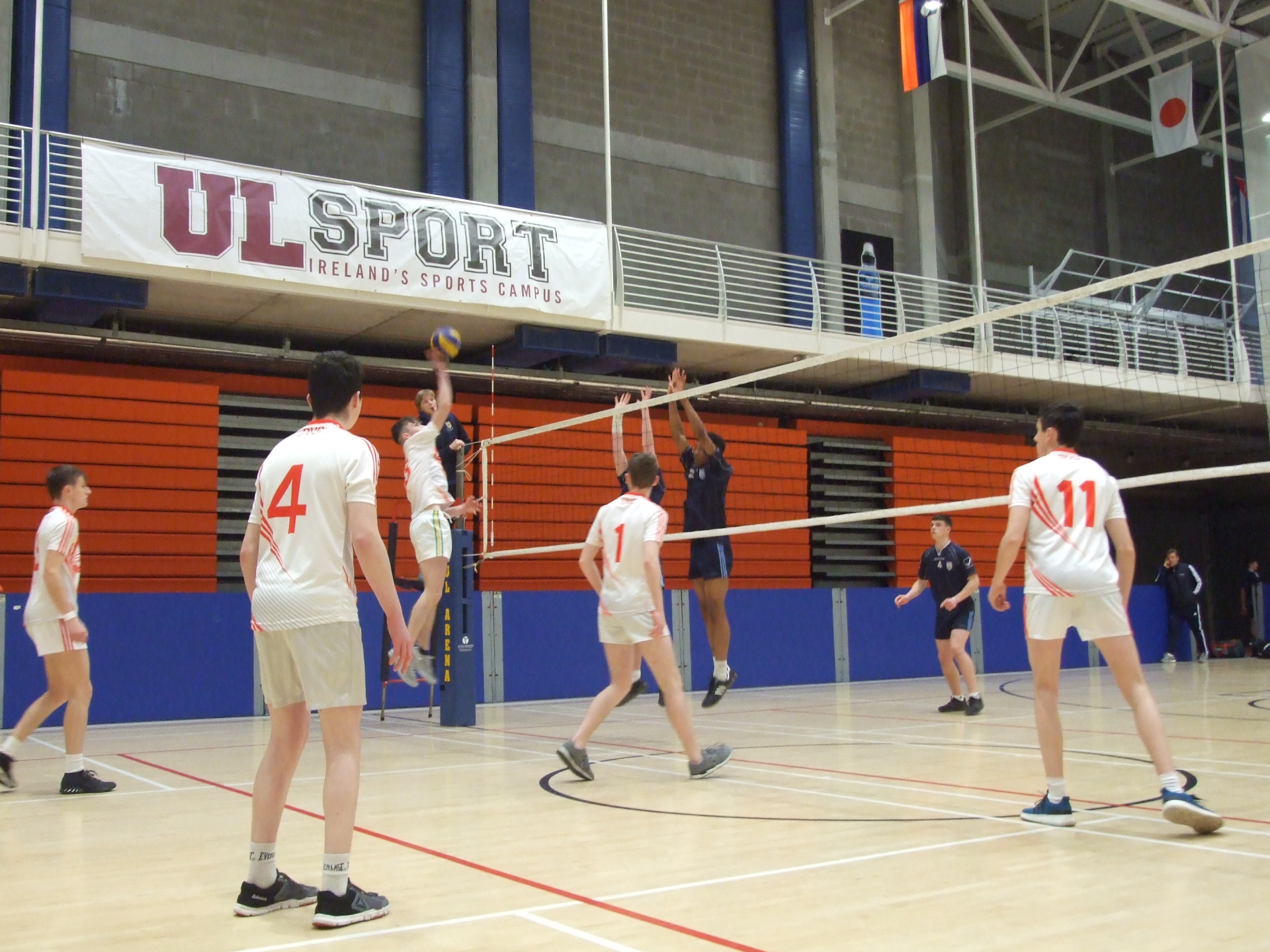 The first set of this set was extraordinary. Drumshanbo were not playing well and trailed 11-5.

Then Fergal Moran, aided by good defensive play, served 15 serves in a row-surely a school record!

Enda Keegan came on as libero and was pass perfect.

At 21-14 Gareth Gilmartin went off injured and Drumshanbo had only three experienced players on court.

At match point the ball was set for Gilmartin’s sub Seán McNabola and he hit a winner down the line. What a senior debut!

With Eoin Smyth filling in very well, Drumshanbo Vocational School made a great comeback and served for the match at 24-21.

Maybe there, the tension of inexperience showed, and Raphaels squeezed back into contention.

After losing the last three points of set two, Drumshanbo fell 0-3 behind in the third set.

Then, with Gilmartin back on court, he and Fergal Moran broke every serve of Raphaels until match point.

Then Colin Moran took the honours with a pin point placement.

After a seven serve run by Peter Winters opened a big gap in the first set, McNabola and Conn Malone were introduced and Drumshanbo's general court cover kept them comfortably ahead.

Gareth Gilmartin, whose general play was his best ever, was in ruthless spiking form at the start of the day’s final set.

With accurate serves from Colin Moran, Drumshanbo led 10-8 after trailing 0-3. Manager Aidan Shannon then rested Gilmartin, but, even with, at times, four inexperienced players on, they kept the lead throughout.

To be fair the Waterford manager Jason Ryan also used his bench. At match point, the ball passed to Conn Malone.

Conn sent it to a most unexpected direction and Drumshanbo won against last year’s senior B champions. 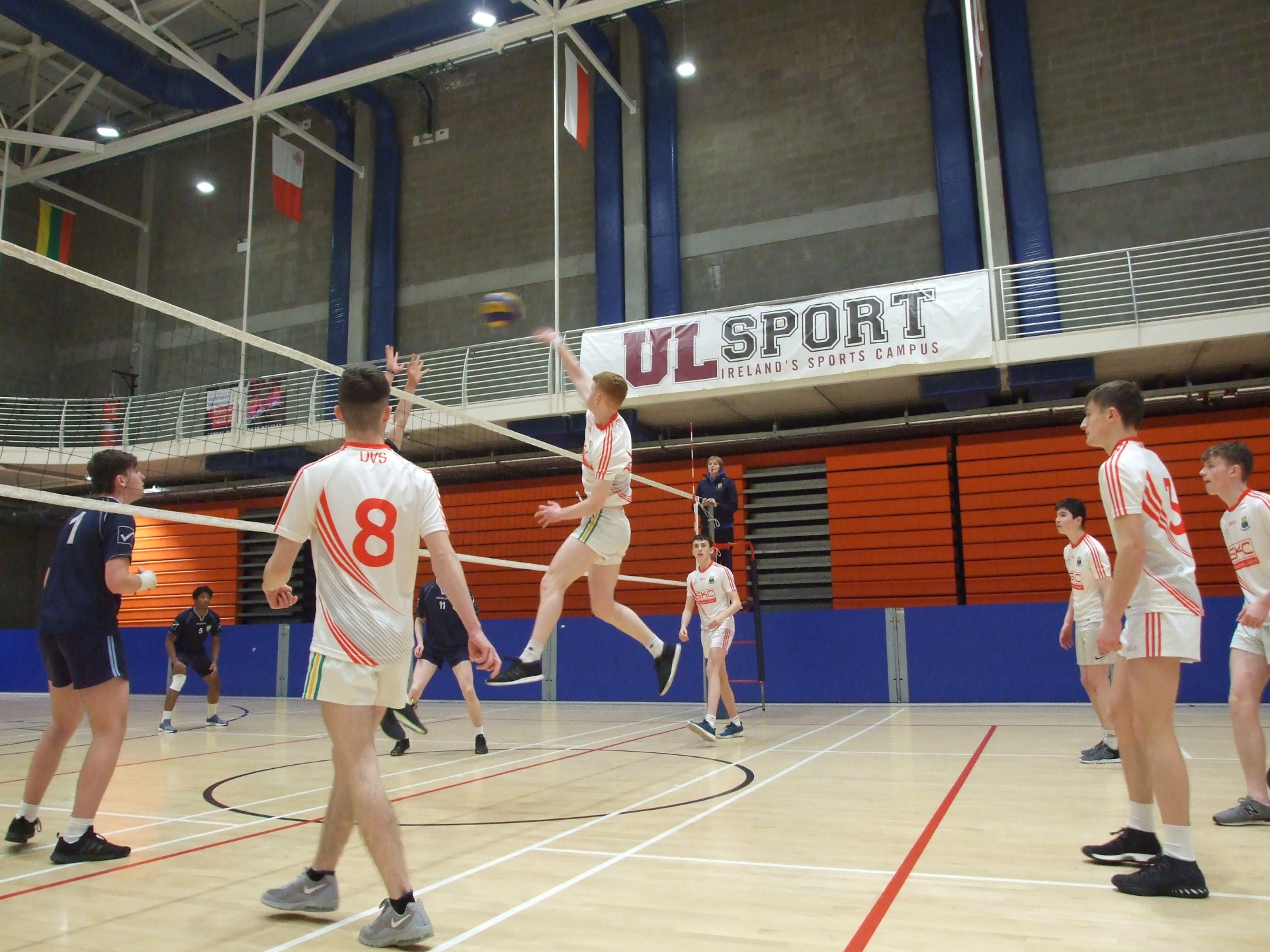 Full report from Drumshanbo's play semi-final against Raphaels in a five set semi-final in Ballinagare Co. Roscommon in next week's Leitrim Observer.