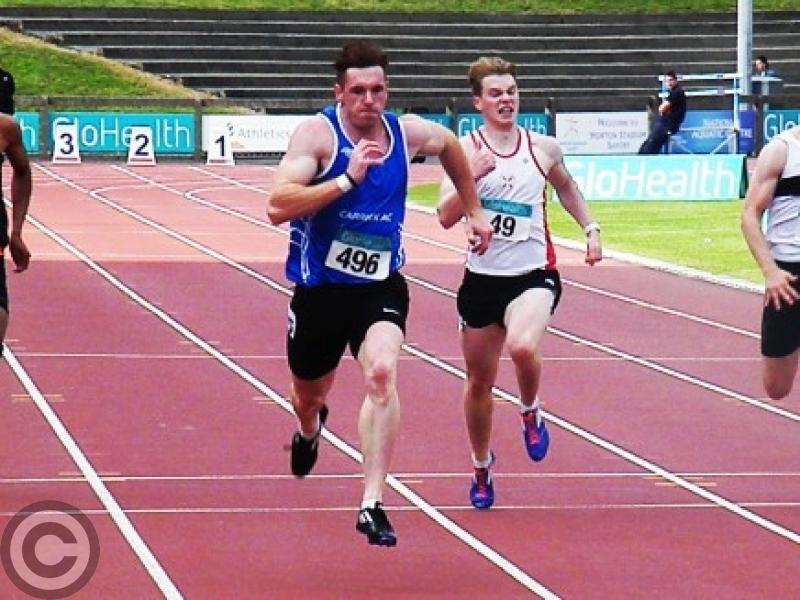 In a stunning development, Mohill's Eanna Madden has made a major career switch as he has swapped his running spikes for a pair of rugby boots after the 25-year-old Irish international sprinter has been named on Ireland Men's Seven's Development Squad for this week’s Dubai Invitational Tournament.

The Carrick-on-Shannon Athletic Club athlete, who represented Ireland in August at the European Athletics Team Championships First Division Finals in Norway, now gets the chance to pull on an Irish rugby jersey after coach Anthony Eddy named him in the 12-strong development team squad for Dubai.

The Mohill man has always been a versatile athlete and has won Leitrim Senior Football and Hurling championship medals with Mohill and Gortletteragh, lined out for Leitrim Minor and U20 footballers and also excelled at basketball before concentrating on athletics where he has won three National Senior 200m titles, an U23 100m and 200m double and numerous minor medals over the last five years.

Ireland will face games against the French Development team on Thursday, December 5, at 9am Irish team with a further match against Samurai Zastava at 11.20 am Irish time. The Irish Women's sevens development team will also be in action on Thursday and Friday with the playoffs and finals on Saturday.

With Ireland trying to book a place in the Sevens Tournament in next year's Olympics, it is likely that Eanna's sprinting career will be put on hold for next year as the Seapoint Rugby Club member tries to break into the 15 strong main squad that also competes in Dubai over the weekend.

Eanna's switch to rugby will be a big blow to the athletics community as 2019 saw him run his fastest ever 100m time of 10.55 seconds to rank 19th on the Irish All-time list while he is ranked 15th all-time over 200m and 69th over 400m, a range of ability that no doubt appeals to the Irish rugby selectors.

However, Eanna is far from the only member of the squad with athletics experience with Ulster wonderkid Aaron Sexton also a member of the squad after he ran 10.43 last year to rank 10th on the All-time list while Sexton is also ranked seventh all-time over 200m. Also on the Irish main squad is former Love Island winner Greg O'Shea who was also a juvenile sprint international in his youth.

The full Irish Men's Development squad for the Dubai Invitational 7s is as follows: