Return of sport reminds us just what it means to us 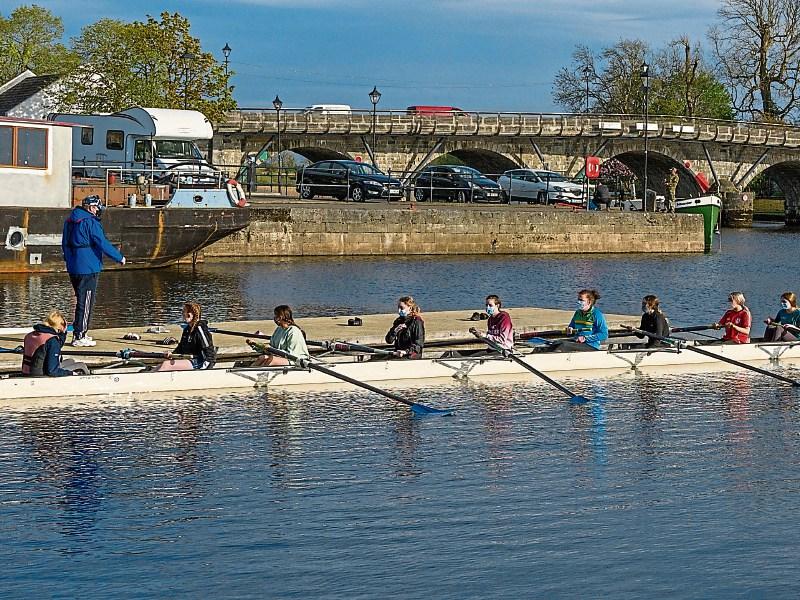 Juvenile members of Carrick-on-Shannon Rowing Club wasted no time in getting back on the water on Monday after the restrictions on juvenile training were lifted Picture: Gerry Faughnan

In this week's column, John Connolly lauds what the return of sport and what it means to everybody and also pays tribute to two legends of Leitrim sport - Packie McGarty and Michael O'Brien - who passed away recently

Not that we ever truly needed reminding but the past ten days or so has reinforced just what sport means to so many people, not only in Leitrim, but all over the world.

From the fan power that doomed the arrogant European Super League to the explosion of joy all around the country that greeted the return of juvenile sport and golf on Monday, it is safe to say that sport plays an enormous role in our mental well-being.

We could write reams on the greed of the Super League Six but I'd rather think about the joy on the faces of so many who got to return to sport last Monday and all through this week - emphasising once again the untold benefits of sport to our mental wellbeing.

It wasn't just confined to the youngsters back on the playing field either - the golfers who got in an early round on Monday morning must have felt like the Man above was really smiling on them with blazing sunshine greeting their first round in so many months.

And there are lots and lots of team mentors and coaches who were delighted to get back out among their teams, to say nothing of the parents! For many of these mentors, giving their time is central to their own well-being and the chance to get back out on the field or the track was eagerly grabbed with both hands.

Now, all we're waiting for is the return of adult sport. I'm certainly very conscious of the need for Covid precautions and the greater good but if the lift in the country's mood on Monday is anything to go by, then the greater good of the country will be well served by a quick return for all sport.

This is the first “The Last Point” column in some time and I think it is only right that I mention the passing of two wonderful servants of Leitrim sport - Packie McGarty and Michael O'Brien. One was a star player who inspired generations not only in Leitrim but all over the country it seems while the other inspired generations of youngsters to incredible success in athletics and a lifetime's love of sport.

What can I say that hasn't been said already about Packie McGarty?

The outpouring of emotion was matched by the pride in recalling the genial Mohill man's achievements in the Green & Gold. Definitely not one to toot his own horn, Packie was modest about his own achievements and from talking to him, you sensed that the saddest day in his career was not losing the 1958 Connacht Final but the day he hung up his boots for Packie truly loved playing football.

Interviewing Packie in his home back in 2016 remains one of the highlights of my time with the Observer, right up there with 1994, and I think it is testament to his impact on the game that tributes are still coming in for the Leitrim legend - all well deserved.

Michael O'Brien was a great friend of mine and, in the eyes of those who came under his care, the equal of any great in any sport. Without a background in any athletics but, like so many, giving of his time to fill a need in the community, Michael learned quickly and learned well, it wasn't long before athletes he coached were standing on top of the podium and representing their country.

An official, an administrator, a coach, there wasn't any role that Michael didn't fill in Carrick AC, Leitrim or Connacht athletics, be it ensuring the club had the right people at the right gates for the church gate collection or the pain staking process of marking the grass track for the club's annual sports.

But it was Michael's enormous impact on generations of young people that is his greatest legacy, many of whom turned out for a socially distant guard of honour on his final journey - that sort of legacy is to be treasured.

May Packie and Michael Rest In Peace, they certainly earned it!