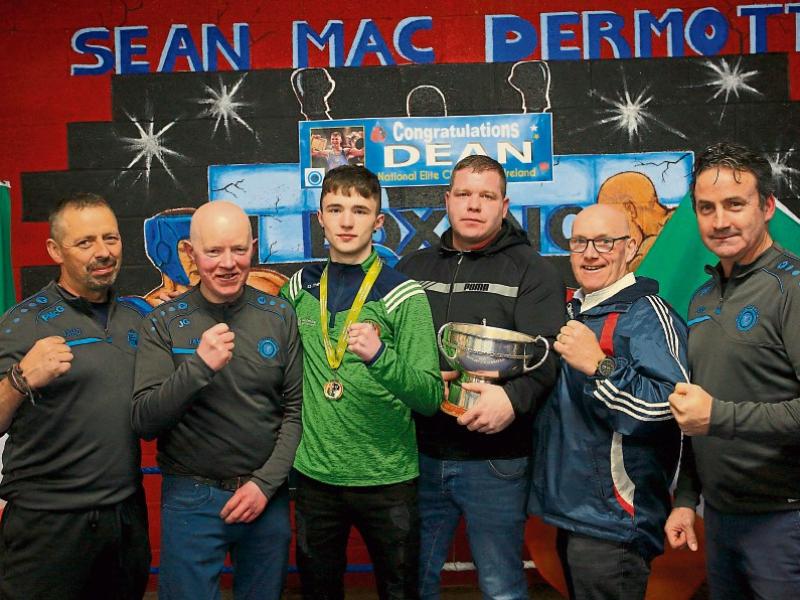 Sligo boxer Dean Clancy stamped his class on today's European U22 63kg Championship Semi-Final as the Sean McDermott Boxing Club fighter stormed to a 5-0 win over Italy's Matteo Ara to secure his place in Thursday's Final.

The 19-year-old son of Manorhamilton’s Jason Clancy joined the famed Manorhamilton boxing nursery after he competed at European and World Youth Olympic level in 2017 and he looks set to take another big step forward on Thursday when he faces Ahmad Shtiwi of Israel in the battle for the gold medal.

A top quality performance from @dean_clancy who controls the bout throughout and he wins via unanimous decision v !

He advances to Thursday's European Final & guarantees himself at least !

In a report on IrishBoxing.com, it was stated "The first round was a real clash of styles with Ara pressing forward and letting his hands go once he got in range while Clancy was busy via a more fleet-footed approach. Clancy definitely had the better of the first half but got penned in and clipped more regular in the second half of the 3-minute innings. However, the Irish fighter did enough to win the round across the board.

"The impressive light welterweight put on a bit of a show in the second. Once again the Italian tried to force the action and apply educated pressure but Clancy’s movement, hand speed and foot work saw him win the round and put one foot into the final.

"The final round played out as you expect when an aggressive fighter needing a knockout was up against a hit and move merchant. Ara pressed but wasn’t allowed to have success by a comfortable and clever Clancy."

Clancy defeated Serbia’s Nenad Javanovic and the Czech Republic’s Petr Novak in the opening rounds of the tournament before defeating Lounes Hamraoui of France in Monday’s quarter-finals and will see him add a silver medal to the European Youth and Junior silvers he won in 2018 and 2017.