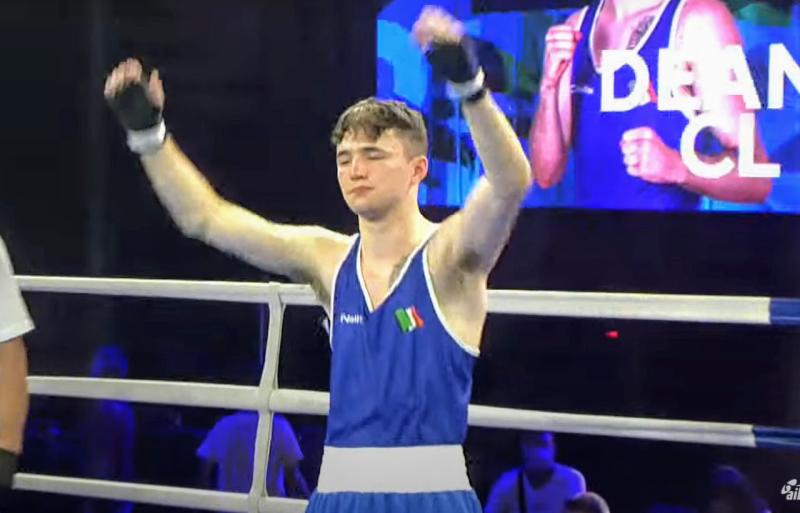 Sean McDermott Boxing Club's Dean Clancy has been crowned European U22 63kg Champion today and all without lacing up his gloves after his Israeli opponent conceded a walkover to the Sligo fighter today.

The Manorhamilton clubman was due to face Ahmad Shtiwi of Israel but his opponent pulled out of the fight this afternoon, leaving Clancy with the gold medal he has sought so badly after winning silver medals at the European Junior and Youth Championships in the past.

Not how he would have expected it,but @dean_clancy wins by walkover v & he is confirmed as the medal winner!

A fantastic tournament for Dean with 4️⃣ brilliant performances & he is now European Champion!

The Sean McDermott fighter has been one of the tournament’s standout operators, winning four bouts from the first day to the tournament to reach the decider. He accounted for Pete Novak of the Czech Republic, #3 seed Nenad Javanovic of Serbia, Lounes Hanraoui of France 3-2 and home fighter Matteo Ara en route to the final.

Clancy joins none other than Jason Quigley and two time winner Amy Broadhurst as Irish European Under-22 gold medal winners.

Congratulations to Dean and everyone at Sean McDermott Boxing Club on this wonderful achievement.

Dean Clancy to fight for European U22 gold on Thursday evening