Use > to navigate through photo gallery 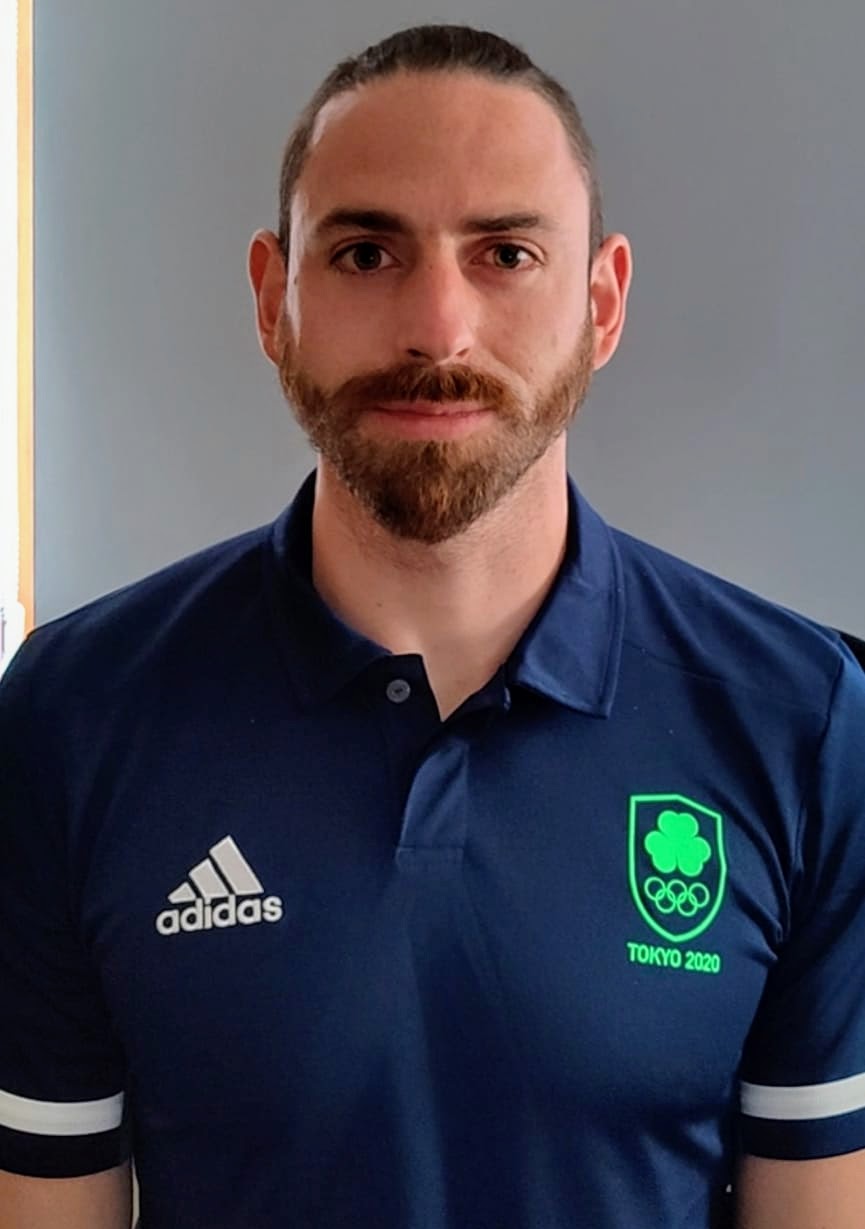 Leitrim athletics quota of representatives at the Olympic Games will have a new addition after it was confirmed that current National Senior indoor and outdoor hurdles champion Gerard O’Donnell has been added to the list of Team Ireland officials for the Tokyo Olympics.

The Carrick AC athlete, who works as a Regional Development Officer in the Dublin City Council area with Athletics Ireland,  jets off to Japan at the weekend where he will undergo a mandatory quarantine period before working with the media team for Team Ireland Media team in Tokyo.

O’Donnell becomes the third person from the Leitrim athletics community to work on the managerial side of the games after Padraig Griffin and Joe Doonan. Griffin served as team manager for the Irish athletics teams at the 1972 Munich and 1980 Moscow Games while Doonan, who coached the legendary Catherina McKiernan to her greatest successes, was team manager at the 1992 Games in Barcelona.

Along with O’Donnell, Griffin and Doonan, five athletes have worn the green singlet at the Olympic Games with Eddie Leddy, Colin Griffin, Laura Reynolds, Breege Connolly and Jimmy Duffy all competing on sport’s highest stage.

Eddie Leddy & Colin Griffin, both Ballinamore AC, are the only two time participating athletes with Eddie, who hails from Drumreilly, competing in Munich and Montreal (1976) while Colin competed in Beijing 2008 and London 2012.

Colin Griffin also had another claim to Olympic fame as he coached Mohill & District AC’s Laura Reynolds when the Eslin woman finished 20th in the 20km walk at the 2012 Games in London.

Leitrim’s final representative may be unfamiliar to most as Jimmy Duffy is often identified as hailing from Sligo but Duffy, actually born James McNiff, was a native of Lisacoghil, Bohey near Drumkeerin and competed for Canada in the marathon at the 1912 Olympic Games in Stockholm.

Of course, Leitrim's Olympic participation is not confined to athletics as Carrick-on-Shannon Rowing Club's Frances Cryan and coach Aidan Nangle and Glenfarne's Tom Clancy who provided the boat "Glenfarne" for Yachting silver medal winners Wilkins & Wilkinson were all involved in the 1980 Games in Moscow.

O’Donnell could also be double jobbing in Tokyo as he is part of the coaching team with Jeremy Lyons and Aileen Sinnott at Dublin Sprint Club who have two of their athletes, Cillian Greene & Sophie Becker, competing the mixed 4 x 400m.

In all, three Connacht athletes have been nominated for Ireland’s Tokyo athletics team with Cillian Greene & Robert McDonnell of GCH and North Sligo AC’s Chris O’Donnell named on the Mixed 4 x 400m squad, McDonnell the youngest member of the Irish team at 19 years of age. Connacht Athletics have also produced a list of everyone from the Province who attended the Olympic Games down through the years.