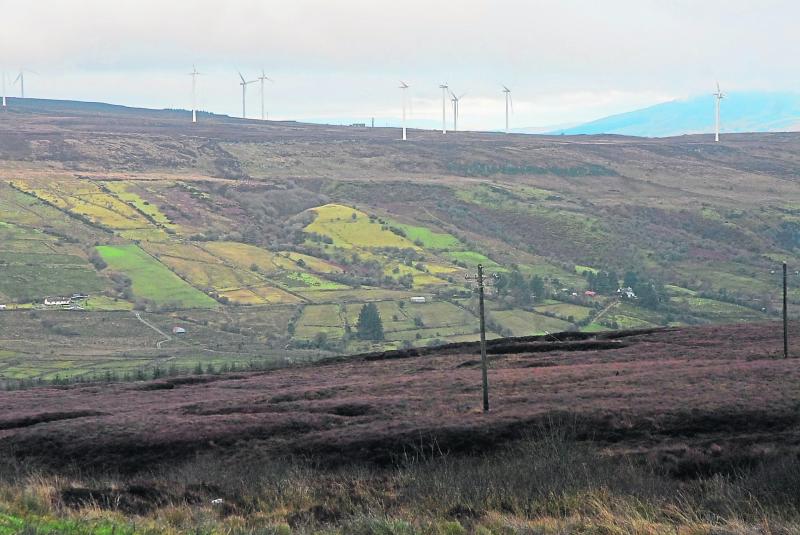 The site of the landslide near Ballyfarnon

He was killed last Monday evening when the ground he and others were working on gave way on a windmill farm site on Kilronan Mountain, near the village of Ballyfarnon.

Mr McCaffrey was on foot at the time of the accident and was caught up in the landslide which moved approximately 150 metres down the mountain.

Separate investigations are underway into the accident by the Gardai, the Health & Safety Authority, and by the construction company, Moriarty Civil Engineering.

Paddy McCaffrey lived with his wife Helen in Carrowkeel, Rossinver, Co. Leitrim.  He was originally from Rockdaniel Road, Carrickmacross, Co. Monaghan and moved to live in Leitrim about four years ago.

In that time, he became a valued member of the local community, working tirelessly for community organisations and giving of his time selflessly.

Mr McCaffrey's remains reposed at his residence yesterday, Thursday, from 12 noon until 9pm and are being removed to St Aidan’s Church, Ballaghameehan this morning, Friday, for 11am Funeral Mass. Burial afterwards in Rossinver Cemetery.

He was predeceased by his son Jack and is survived by his loving wife Helen (Dowdican), Corbeg, Tullaghan, Co. Leitrim, his parents Colm and Clare (Carrickmacross), sisters Angelique, Catherine and Grainne, and his brother Colm, his parents-in-law, brothers-in-law, sisters-in-law, nephews, nieces, aunts, uncles, cousins and his wide circle of friends.