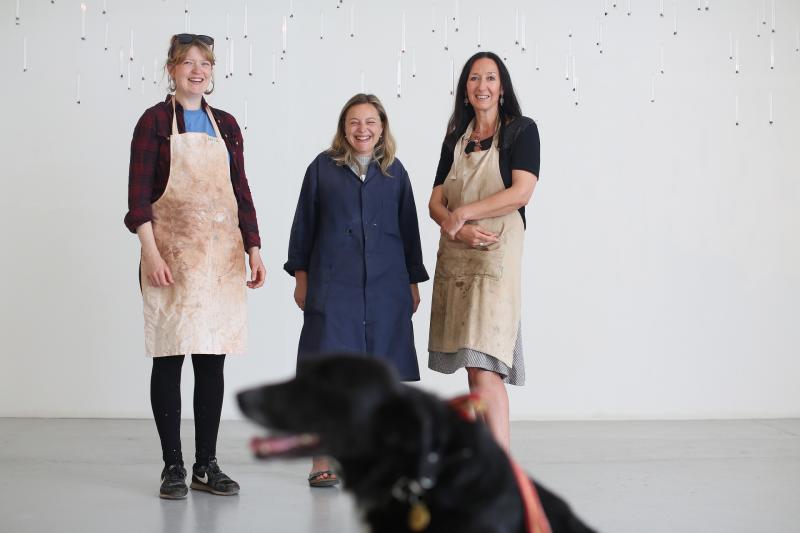 Thousands of individuals, clubs and organisations from Co. Leitrim have benefitted from some of the €5 billion raised by the National Lottery for good causes all over Ireland in the last 30 years.

An Taoiseach, Leo Varadkar T.D, announced the landmark €5 billion good cause figure at a special Lotto draw to mark the National Lottery’s 30th birthday in RTE recently. He said the Good Cause fund has made a crucial contribution to life in communities all across Ireland over the last three decades.

The thousands of Leitrim Good Cause beneficiaries include the Leitrim Sculpture Centre, in Manorhamilton, and the restoration of St Catherine’s Church in Fenagh.

Some of Ireland’s most experimental and challenging art is being created in the heart of the North West, in Manorhamilton town at the Leitrim Sculpture Centre.

The centre is one of a handful of national centres for sculpture in Ireland and was set up in 1997, with the aim of providing a high-quality working facility for traditional and contemporary sculpture techniques specifically stone, bronze and wood. It has developed into a leading centre for contemporary practice across all mediums and styles and is arguably the most experimental centre of its kind in the country.

“We are the only centre that offers artists the ability to work with so many different materials. It is very much a place to come and experiment and try different things,” says operations manager, Richard Cavaliero. “It is a hot bed of experimentalisation.  And if it fails, that is all part of the fun. But if it succeeds, it could end up in the realm of being shown in galleries or being sold for high sums of money.”

Leitrim Sculpture Centre received €425,000 from the National Lottery Good Causes fund in 2015 through the Arts Council which covers its basic running costs as well as allowing them to subsidise artists’ residencies or buy new equipment.

The centre has three premises: ‘Sheehans’, a former nine-bedroom hotel, ‘Merenda’, a large factory complex on the edge of town and a newly-acquired house called ‘McKennas’.

Across the three locations, there are 11 individual artist studios, study and archive resources, traditional and digital printmaking studios, hot glass, bronze foundry, mental work and ceramic facilities as well as a mould-making and model-making production area. There is also a gallery and production space, project studios, workshop units and bedrooms for the artists.

“People can stay as long as they want – from a few days to months. We cater for beginners to those attending masterclasses; we support people the whole way through,” says Richard, who adds that hosting events for and by the local community was also extremely important. We don’t want to be seen as an exclusive centre. We are very much part of the community and welcome everyone – even if they don’t consider themselves artists. Art has to include everyone,” says Richard.

“Sometimes, because of where we are based, it can be a fight for funding but we understand we are in Leitrim and that is who we are.  No one is doing what we are doing; nowhere has the facilities we have and are allowing such experimentalism to take place in a safe environment.” 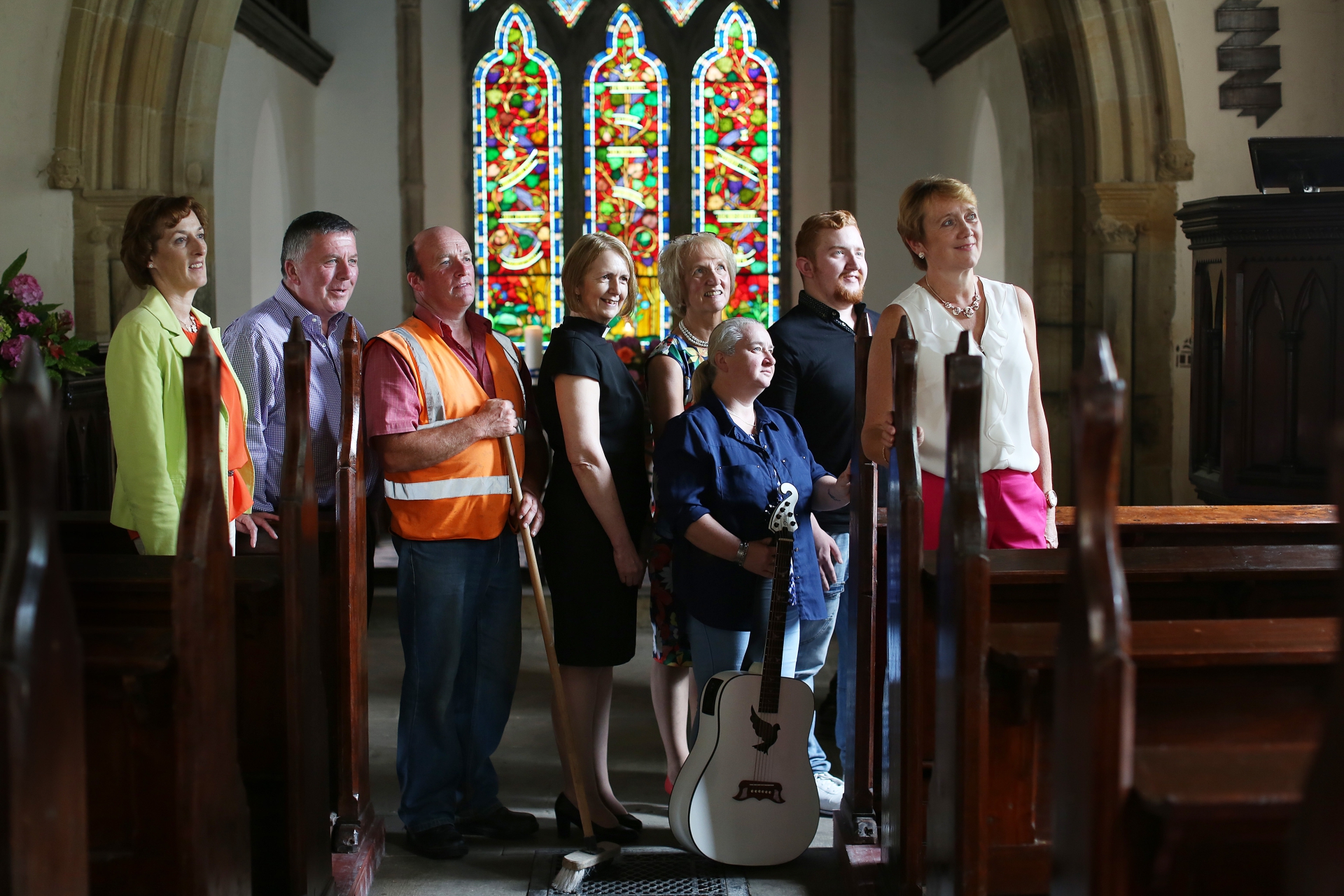 Another important Leitrim community project to benefit from National Lottery funding is the restoration of the beautiful St Catherine’s Church of Ireland in Fenagh, which recently opened its doors to the public 45 years after it closed its doors. Built around 1790, the church, with its impressive stained glass windows, is a vital part of the rich history of the Leitrim village

The entire restoration started with the replacement of a wooden floor which collapsed during a wedding at the church in the 1980s. The catalyst for this was a willing group of local residents who wanted to restore the church to its former glory, who received National Lottery funding, received in 2015 through the Heritage Council. This grant went to replacing the wooden floor.

“Without that grant, none of this would have happened. The floor had dropped; it was absolutely rotten. We couldn’t even get into the church to do any restoration work on other parts of the building that needed to be fixed – including the stained-glass windows and the roof — until the floor was replaced as it was so unsafe,” says Julie Marshall, secretary and project manager of St Catherine’s Church Committee.

The new floor allowed locals to host a Christmas Carol Service – the first event that was held in the church for 21 years. They also have held an Easter Sunday Sunrise Service, a concert of medieval music, a rededication ceremony, a local couple’s wedding and a funeral. Further grants and funding raised locally allowed for the roof to be repaired as well as the stained-glass windows to be removed and refurbished

“None of these really important events that bring the community together would have been held if we had not got the original funding from the National Lottery. And we have lots of plans for future events which will continue to bring people together in St Catherine’s Church”, said Julie.