The forgotten story of The Barytes Miners 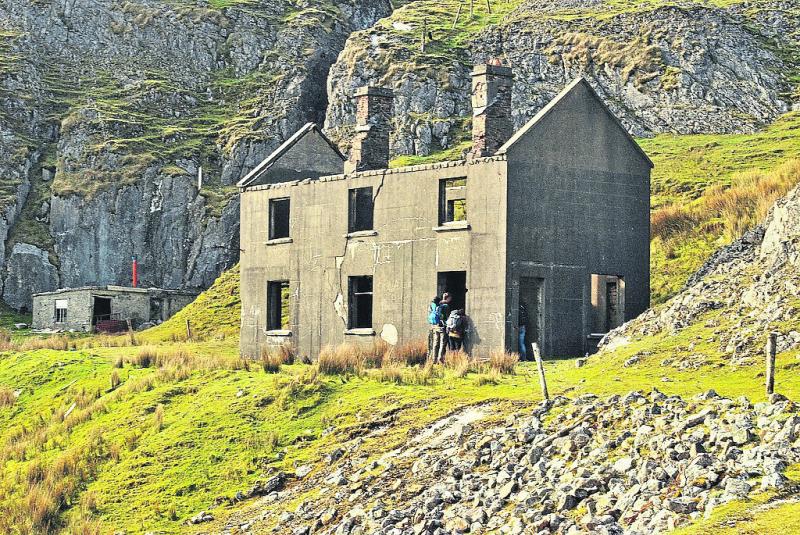 The old miners hotel on the side of Benbulbin

The mines gave employment to large numbers of people in North Leitrim and water from Glencar was used as a washing plant for the industry.
Barytes mining was an important part of the local economy in Sligo, North Leitrim and South Donegal from 1858 to 1979.
Barytes is a non metallic ore which, from the start of the Industrial Revolution has been used as a filler in a wide variety of industries including paint, rubber, plastic, pottery, concrete and more.

The book contains stories from some of the men including Leitrim men Folliott Barton who originallylived briefly in Tullaghan, Dominic Branley who lived in Glencar and Desmond Kiernan from Glencar.
These men describe their walk to work, their working day and their social lives. According to the men the mines paid 10s more than the County Council. The closure in 1961 was described as “fairly sudden and it was a devastating blow to the whole place.”

One of the interesting stories in the book is the accidental death of 30 year old Jack Clancy from near Manorhamilton who was killed in the mines. He was a foreman who was hit from above with a boulder on April 20, 1947.
A verdict of accidental death was returned by a coroner in Glencar. The foreman was employed by Benbulben Barytes Ltd and was found to be crushed to death under a huge boulder.

The book is self published by Gerry Foley from Sligo and is on sale at Bredins, Manorhamilton, Spar in Kinlough and Glenfarne Post Office. The paperback book contains lists of miners names, is well illustrated and sells for €12.
It is a great read for those who live close or knew someone who worked in the mines.