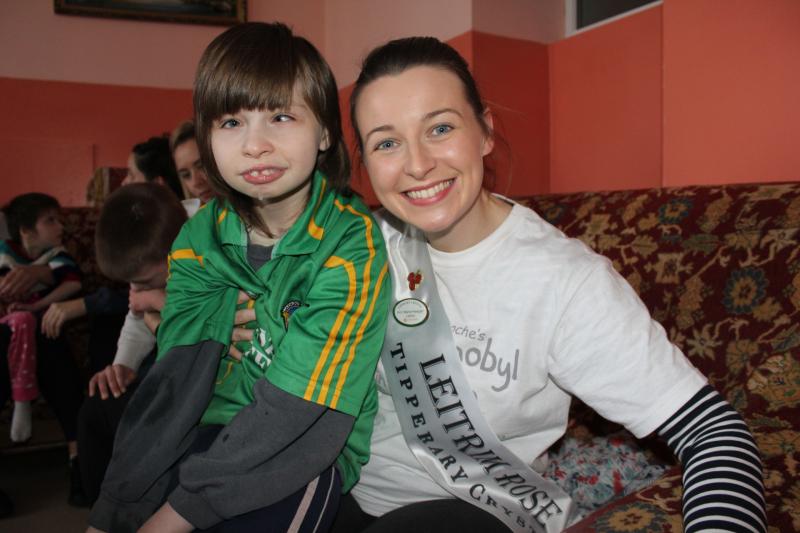 Annmarie Keegan with a child in the Chernobyl orphanage.

The 26 year old from Aughavas, was accompanied by 17 of her fellow roses including the 2016 Rose of Tralee Maggie McEldowny.
The roses stayed in the Vesnova Children's Mental Asylum where 170 of the young victims of the Chernobyl nuclear tragedy that happened 30 years ago have been institutionalized. 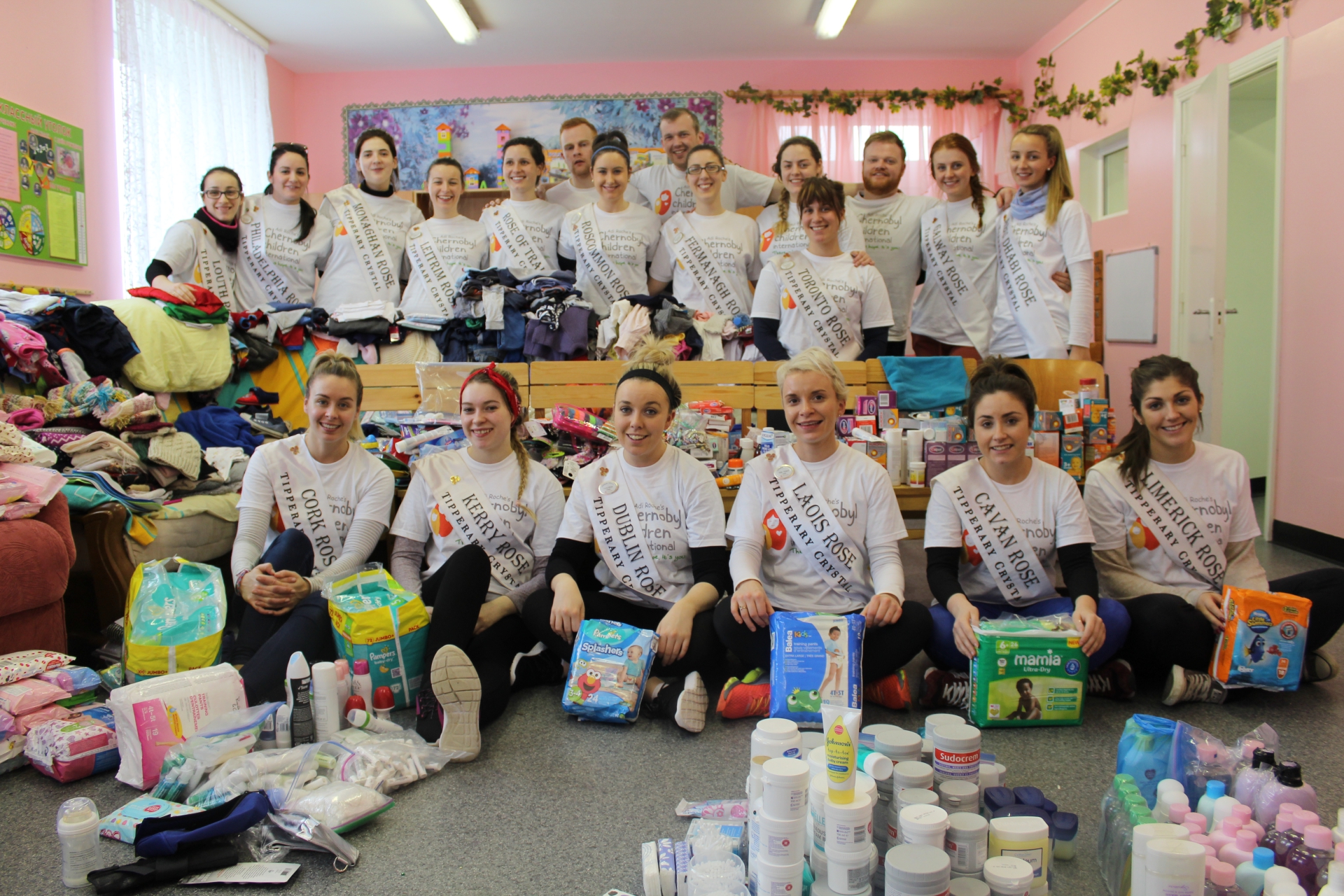 Many of the children are still being born with horrific deformities and other illness's directly or indirectly linked to the radiation from the nuclear accident.
The roses spent their time working with the worst affected children giving them one to one care and attention which they don't get from one end of the day to the other.

Annmarie has followed in the footsteps of previous Leitrim Roses by travelling to Belarus and one particular hard task she had to take part in was the burial of a little girl Yana who died days before they arrived.
All of the previous Leitrim roses had a soft spot for her and were very upset to hear of her passing.

Adi Roche, voluntary CEO of Chernobyl Children said, "This is the fifth year that the Rose of Tralee Festival have sent a delegation of volunteers over to Belarus and they bring such an energy and hearts full of love to the unfortunate children of Vesnova.
“They are such wonderful ambassadors for their families, their communities and to the Rose of Tralee Festival also".

Annmarie paid tribute to “everyone who so generously donated and provided supplies to bring over with me.”
Annmarie brought basic medical supplies such as calpol, sudo cream and nappies to the institution.
The Leitrim Rose Centre are currently taking in applications to be the 2017 Leitrim Rose.
Check out www.roseoftralee.ie for further details.