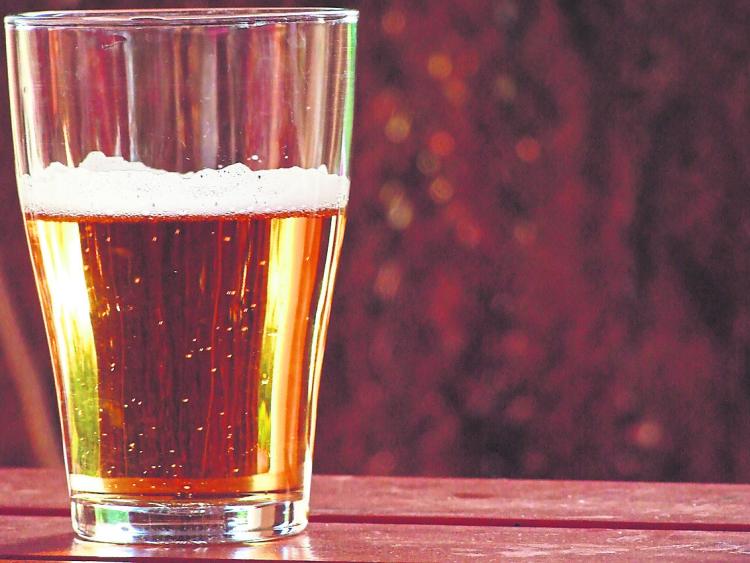 Deputy Eamon Scanlon said people have to "have a certain amount of responsibility " for their own actions in regard to alcohol and their alcohol consumption.

Sligo-Leitrim TD, Deputy Eamon Scanlon, has responded to criticism leveled at himself and Deputy Tony McLoughlin following last Thursday's Dáil debate on the Public Health Alcohol Bill.
Alcohol Action Ireland (AAI) issued a statement over the weekend expressing their “deep disappointment” with the contributions of Deputies Eamon Scanlon and Tony McLoughlin during last week's debate on the Bill.
AAI said both Deputies “sought to criticise the Bill and advance the interests of the alcohol industry,” during the debate.
“Their contribution held no perspective, or concern, for the damage alcohol is causing within their communities; their contribution had no expression of solidarity or commitment to address the utterly avoidable crisis of our harmful relationship with alcohol. In fact, Assistant Whip, Deputy McLoughlin, suggested that his own government’s initiative was ‘crazy’ and ‘went too far’,” noted AAI.
The AAI went on to state: “This year in Sligo-Leitrim it is likely that 25 people will die from alcohol related harm; 1,400 children will commence, all too early, what the business interests like to call ‘life-time drinking’, meantime Sligo University Hospital, and its dedicated staff, will grapple everyday with the carnage of alcohol’s consequences in a chaotic Emergency Department and have over 10% of its beds occupied by those who are battling alcohol related illnesses.”

However Deputy Eamon Scanlon has defended his comments, telling the Leitrim Observer this week: "I am very aware of the damage done by alcohol in Ireland.” However he stressed people have to "have a certain amount of responsibility " for their own actions in regard to alcohol and their alcohol consumption.
"If I thought for a second that by stopping making (or selling) alcohol in this country we would cure all ills, then we would do it, but that isn't the case," he said. "We have to be realistic".
Deputy Scanlon pointed out the huge contribution the drinks industry plays in terms of job creation and excise generation.
He said there are 18 distilleries operating in Ireland at the moment, including The Shed Distillery in Drumshanbo, which, he notes, employs 18 members of staff. Planning is currently being sought for a further 16 distilleries in Ireland, including a new distillery near Lough Gill, Sligo.
“Each year the industry provides the State with €2.5bn through excise duties. The drinks industry employs over 204,000 people in Ireland with a €2.bn national wage bill,” he added, saying this was something that could not be ignored and the impact of this Bill on all sectors of society including those involved in the drinks industry, also had to be considered.
While he said he agreed with much of the content of the Public Health Alcohol Bill he did not agree with the labelling changes it proposes.
"If this goes ahead in its current format alcohol produced in Ireland will have to be labelled with warnings that alcohol causes cancer. These labels will cover a third of the bottle.
“We are the only country in Europe proposing these labels and when we export our alcohol overseas (that product) will be sitting alongside other products from other countries which don't have to have labelling like that applied," he said.
In addition to this, Deputy Scanlon pointed out that alcohol imported into Ireland wouldn't have to meet the same labelling requirement as Irish produced alcohol.
If this labelling comes into law, Deputy Scanlon said he believed "any alcohol coming into the country should have the same labelling laws attached to it. There should be a level playing field."
He said that it is clear other issues have to be addressed such as pricing of alcohol and he said there were clear problems being seen as a result of low cost alcohol, in particular wines.
“These issues clearly need to be addressed but there is no point in throwing the baby out with the bath water,” he said.
Deputy Tony McLoughlin was contacted by the Leitrim Observer but had not responded by the time we went to publication.