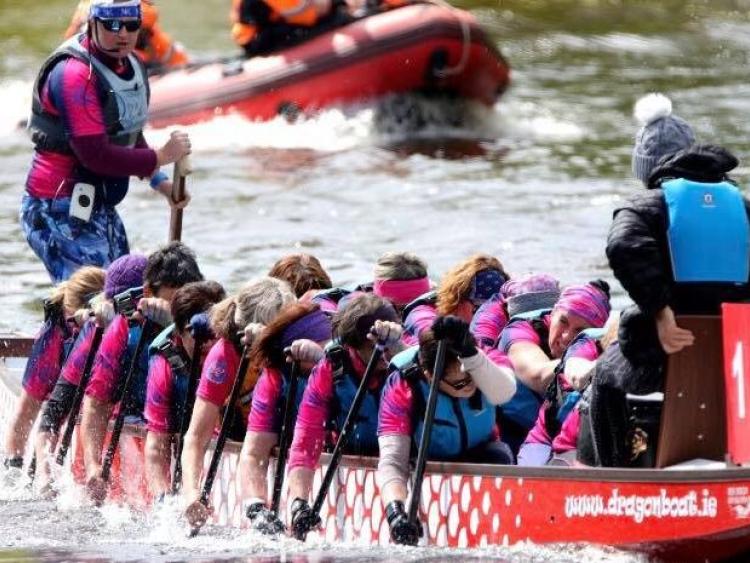 I was a speaker at a conference called ‘Mindscape’ the weekend before last, which looked at the beneficial effects of nature, with the power of blue — the sea, lakes and rivers; and the power of green — grass, woods and forests.
Increasingly, researchers all over the world including Prof Tadgh McIntyre in University of Limerick are adding value to this body of research.
While at the conference, I met this wonderful lady Brid, who talked to me about how water played such a key role in her life.
Brid reflected: “I should start at the beginning. I am a late bloomer when it comes to physical exercise of any kind. I hated it. I tried running, the gym and jogging. My work colleagues used to joke that if ever anybody wanted to do research on someone who, at 55 years of age, had never done any kind of physical exercise except walking from the carpark to the office, I should volunteer.
“Then I discovered the wonder of the water. I was out for a stroll one day, saw some kayakers, and decided to learn how to do it. I’ll never forget the first time I went out on the water. I thought I had died and gone to heaven. The sheer wonder of it. I’d never experienced anything like it.
“There is nothing like it. And you don’t have to try to get fit at all, it just happens as you paddle along, enjoying the amazing beauty and the sights and sounds of nature all around you.
“There is no noise from traffic or any sound of man — just the birds and the lap of the water against the boat. The feel of what happens when you put your paddle in the water and move yourself along, gently, at your own pace. Well, at the start anyway.
“You might just find that you are so much stronger and fitter now, in your fifties or sixties, than you ever were in your twenties or thirties, and decide to up it a notch. (Your kids will think you’re crazy but be dead proud of you and tell all their friends about you).

Breast Cancer shock
“And then, two years in, you get breast cancer. I know. What do you do then? Well, of course there’s the journey through treatment and recovery which is not to be underestimated. But in my case, what kept me going was knowing that I would be back out on the water soon.
“And then I heard about this thing called Dragon Boat racing, for women recovering from breast cancer! I know! Groups of women all over the country Dragon Boat racing as part of their recovery.
“So I decided to set up Shannon Dragons in the Limerick Shannon region. That was two years ago. Now we have 70 members and two dragon boats.
“Well, we had to get the second boat because the first lot of women just got so fit that they wanted to race in regattas and win medals. Some of them are very attached to winning medals. So we got our second boat, which is for beginners and gentle pacers.

From China to Ireland — Dragon Boats
The good news is that Dragon Boat racing (www.dragonboat.ie) is not for those only recovering from cancer, but is open to all. It’s fun, and encourages sports for non-athletes while promoting health and psychological wellbeing. Fundamentally, Dragon Boating is socialable, fun, and colourful, and surely we can all do with a little bit of that. In Ireland, there are 15 centres, including in Athy, as well as in Carlow, Waterford, Dublin, Kilkenny, Castlebar, and Cork.

Back to the Shannon and Brid!
“We were just having so much craic that lots of people wanted to get involved who had no particular connection to breast cancer.
“So we formed a Flatwater kayak club, and we called it, you guessed it, Shannon Paddlers. That was last year. Now we’ve 50 members, and this Tuesday, 12 of them, who never thought they would ever do it, are going down the rapids at Castleconnell as they are ready to try whitewater for the first time.
“Now what’s so unusual about all that you say? Well, most of our members are over 50. Many of us are over 60.
“There is a whole segment of the Irish population, that for whatever reason, have spent their whole lives looking at the water, living beside it even, walking beside it, running or cycling beside it. But they’ve never been on it.
“Why? Well, how would they? They don’t own a boat. They don’t know anybody who owns one. If they did, they don’t have a roofrack on their car to get it to the water. And they don’t know where is a safe place to get on the water, or how to be safe when they do get on.

“We remove all those barriers. Welcome to the water!”
Anyone interested is invited to join the group for the official launch of the concept of Wellness on the Water in O’Brien’s Bridge Co Clare on September 1.
For more information, email shannonpaddlers@gmail.com or shannondragons58@gmail.com