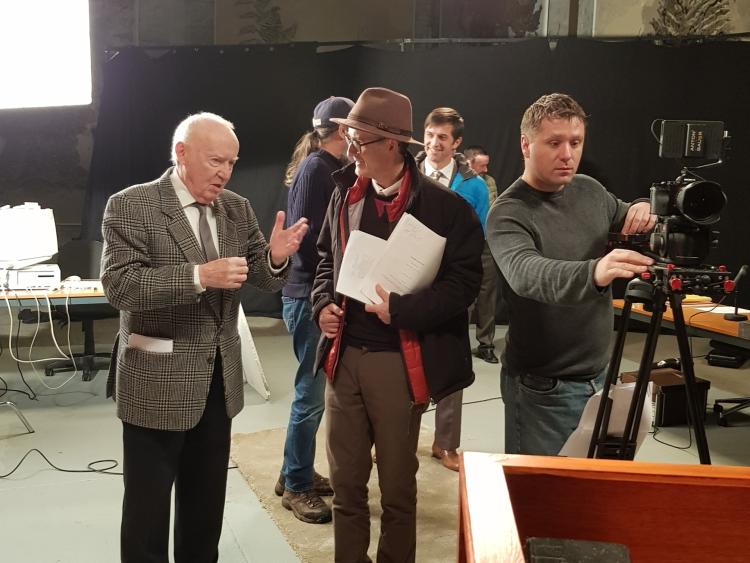 Local direction: Filn director Johnny Gogan speaks to actor Jim Norton who plays the main character in the movie during filming with Leitrim actor Alan Devine pictured behind them

Prisoners of the Moon will be released to cinemas nationally this Friday, June 28.

The movie that was co-written, co-produced, part filmed and includes Leitrim actors will hit Irish and UK screens at the same time as Hollywood's Apollo 11 blasts onto screens. As well as very different budgets and promotional campaigns, Johnny Gogan's film also tells a very different story to the NASA glamour of Apollo 11.

As the 50th anniversary of the first moon landing approaches (in July), the Leitrim based 75-minute film employs archive, witness interviews and dramatic reconstruction to examine the life of Arthur Rudolph; his central role in the success of the Saturn V moon rocket, his history in Nazi V2 missile production and the US military’s part in covering it all up.
The Bandit Films production, which was shot and produced locally asks whether Rudolph was a scientific hero who was badly used by the Nazi regime, or whether he was the driving force behind a V2 slave labour programme that led to the death of 20,000 prisoners of war in an underground rocket factory.
It is based on a radio play by journalist Nick Snow.

Johnny Gogan told the Leitrim Observer he is excited for audiences to see the film and realise that one of America's biggest power stakes, getting a man on the moon “was actually made possible by German Nazi scientists.”
The film uses archive footage – including original interviews with Rudolph, revelatory witness interviews and courtroom dramatization to narrate this episode of untold history.

As well as assessing Rudolph’s guilt, the film asks why, and how, the US military defied a Presidential Order to bring Nazi engineers to the US in 1945 and then went to great lengths to cover up their past.
The trailer for the film has reached over 500,000 hits in one week and with Apollo 11 also being released to cinemas and the 50th anniversary of the First Moon Landing in people's minds this story is popular.
The film will also be released in UK cinemas before it is distributed to TV.

Watch: Leitrim based film Prisoners of the Moon gets national cinema release date

Gogan said “It is now understood that without this cover up and without the German scientists it would have taken America years more to make the first landing. The Soviets were much closer than the Americans at the time.”
In 1984 Arthur Rudolf played by the talented Jim Norton in the film is kicked out of the USA after reaching a plea bargain, but it is not until 1990 when he tries to re-enter the states through Canada that he is put on trial for war crimes.
Johnny says his co-writer Nick Snow uncovered the court transcripts which he says “reveals how far more involved the German scientists had been in work camps and war crimes.”

For the film in Leitrim they hired a crew of 20 people - all from the region and a cast of 12 with international, national and local talent. Jim Norton (Bishop Brennan from Father Ted), Garrick Hagon (Star Wars), Cathy Belton (Red Rock) perform along side Leitrim's Alan Devine, Paul Gavin and Donal O'Kelly.
The original score for the film has been written by Sligo-based Steve Wickham and was recorded at the Glens Centre in Manorhamilton by local musicians. 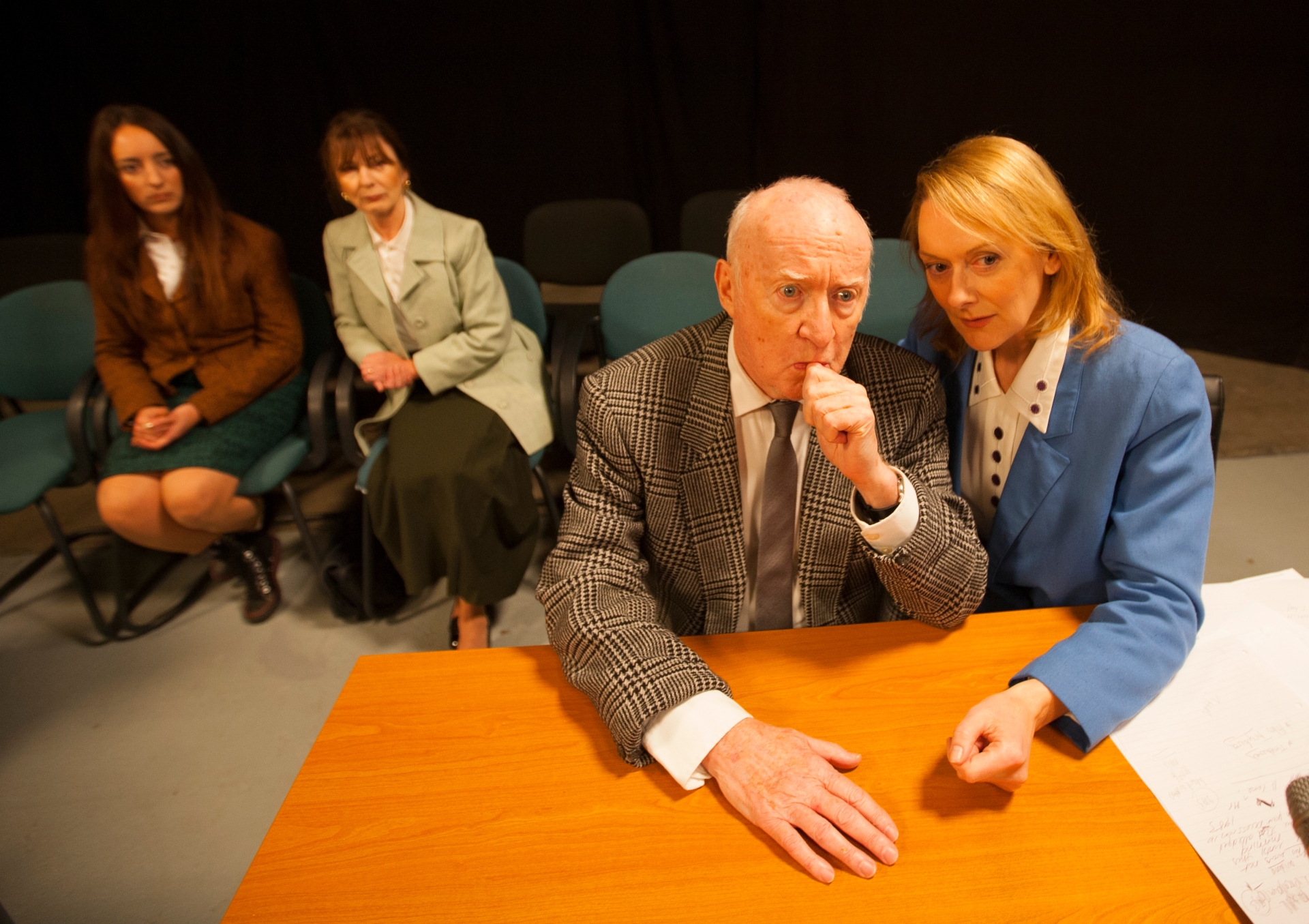 The drama-documentary is estimated to have cost €300,000 in production and Gogan is delighted to have his film distributed internationally by Red Arrow Studios - which is a big coup for a locally made movie.
Prisoners of the Moon will run in Carrick Cineplex and Ominplex Sligo from June 28.
Writer and director Johnny Gogan and researcher and writer Nick Snow will be doing a Q&A after a showing of the film in Carrick Cineplex on Saturday, June 29.

The moon landing has fascinated us for generations, it allowed America to edge ahead in the Cold War and gave them an upper hand in world power.
Gogan said the astronauts that first touched the moon are real heroes but he added “Back in Mission Control in Houston, as Neil Armstrong made that first giant leap and applause broke out amongst a relieved project team, Wernher von Braun and colleagues Dannenberg, Stuhlinger and Operations Director Arthur Rudolph exchanged quiet glances.
“In their minds this was not an American achievement, but a German achievement.”

Also read: Prisoner of the Moon: Leitrim based drama-documentary turns moon landing on its head