Prisoner of the Moon: Leitrim based drama-documentary turns moon landing on its head

Johnny Gogan's Prisoner of the Moon to hit cinemas this June 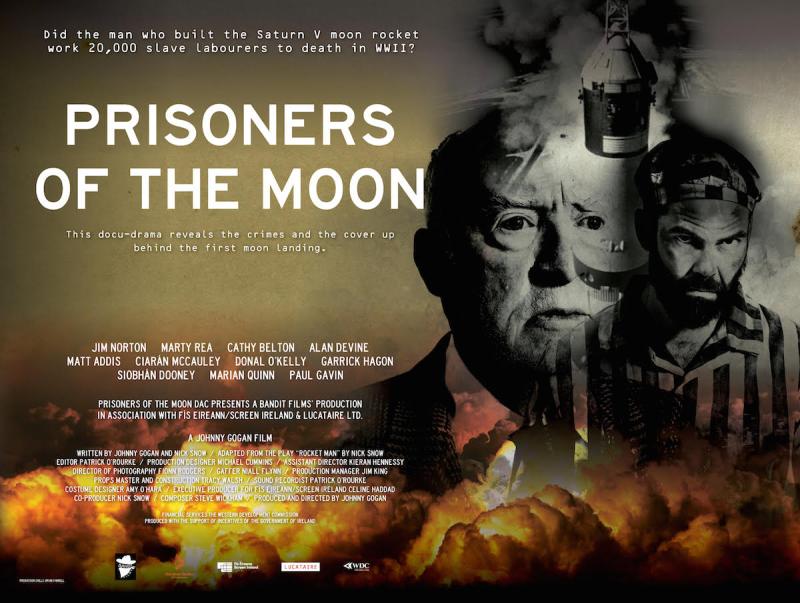 The film has a local crew and a mix of international, national and Leitrim stars in the mix. A set was built locally and the film was six months in post production at Bandit Films

Leitrim talent shines through in Johnny Gogan's drama documentary Prisoners of the Moon which hits cinemas in time for the 50th anniversary of the moon landing this summer.

As the 50th anniversary of the first moon landing approaches (in July), the 75 minute film employs archive, witness interviews and dramatic reconstruction to examine the life of Arthur Rudolph; his central role in the success of the Saturn V moon rocket, his history in Nazi V2 missile production and the US military’s part in covering it all up.

The Bandit Films production, which was shot and produced locally asks whether Rudolph was a scientific hero who was badly used by the Nazi regime, or whether he was the driving force behind a V2 slave labour programme that led to the death of 20,000 prisoners of war in an underground rocket factory. It is based on a radio play by journalist Nick Snow.
Johnny Gogan told the paper he was approached by Nick Snow to make the movie and they worked on the script together before starting filming 18 months ago. 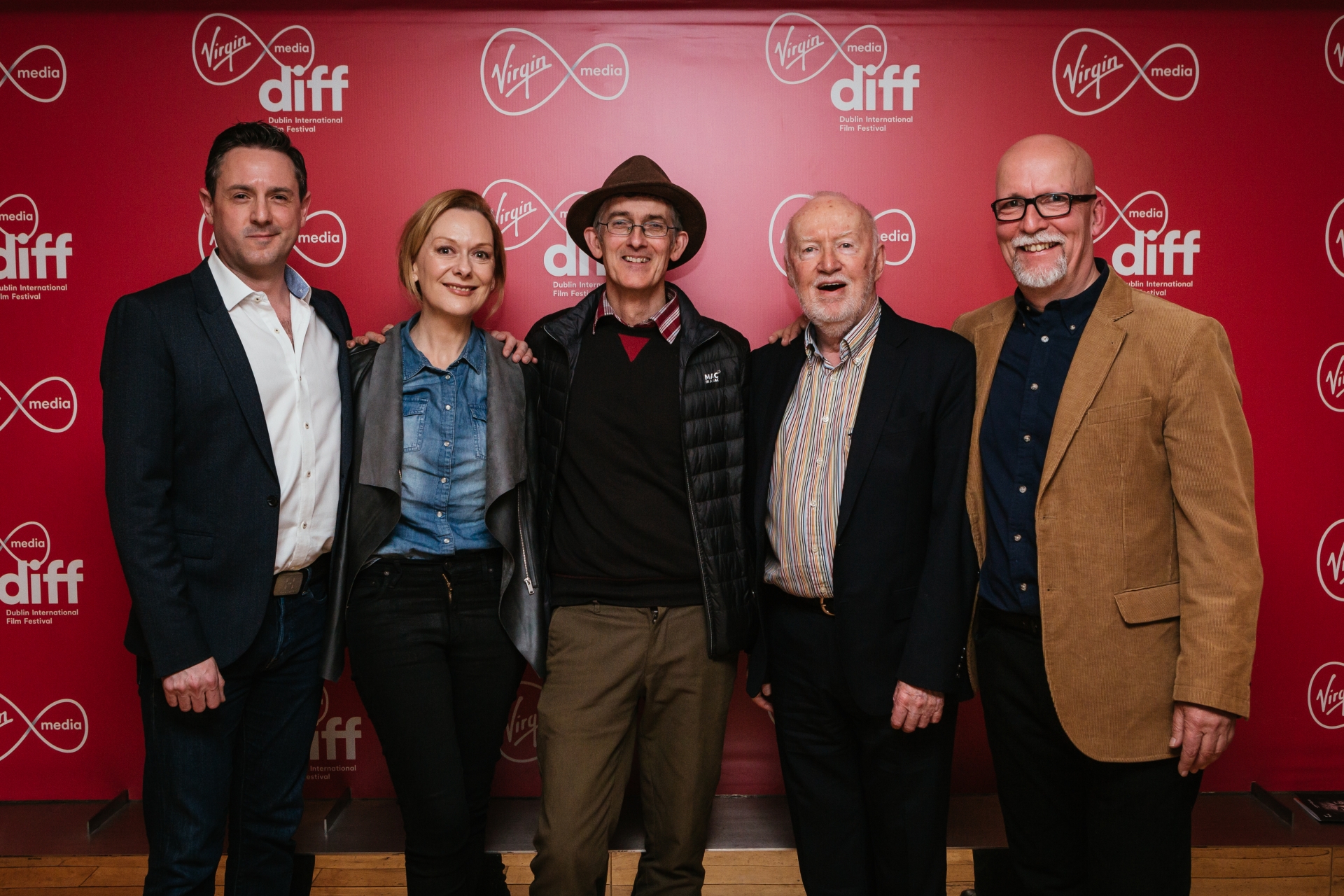 In Leitrim they hired a crew of 20 people - all from the region and a cast of 12 with international, national and local talent.Jim Norton (Bishop Brennan from Father Ted), Garrick Hagon (Star Wars), Cathy Belton (Red Rock) perform along side Leitrim's Alan Devine, Paul Gavin and Donal O'Kelly.

The original score for the film has been written by Sligo-based Steve Wickham and was recorded at the Glens Centre in Manorhamilton by local musicians.

Johnny explains some of the film is archive, he interviewed and filmed at a number of locations in the USA with Nick Snow and the rest is dramatisation of the actual trial of Arthur Rudolf in Canada.
The film premiered in Dublin last month and got much press and plenty of positive reviews.
The drama-documentary is estimated to have cost €300,000 in production and Gogan is delighted to have his film distributed internationally by Red Arrow Studios - which is a big coup for a locally made movie.

Speaking about the film industry in Leitrim, Gogan said despite the county not being in the West of Ireland Wrap Fund, there is still a substantial amount of work going on here by very talented people. Johnny has been making films for 20 years from his studio in Dromahair.
He did say not being in the fund “puts us and the other companies based in the county at a disadvantage with others in the western region. It sends the wrong signal for the next generation for whom a career in film and tv production is increasingly a prospect here.”

The film maker said he hopes that negotiations between the council and the fund have not expired as “two years is a long time to wait and opportunities could be lost.” Gogan does think it is unfair that money for this would be sought from the arts budget alone as filming in the county will bring cash to local businesses.
He concluded, “As has been seen by the recent production Winter Lake, the spend on local accommodation and catering alone is considerable. Similarly, our own production's spend on cast, crew and services in the local economy would more than justify the figures mentioned (to join the Wrap fund).”
Prisoners of the Moon is set for a national cinema release date in June.

Also read: Fears this Leitrim is missing out on major investment as a film location