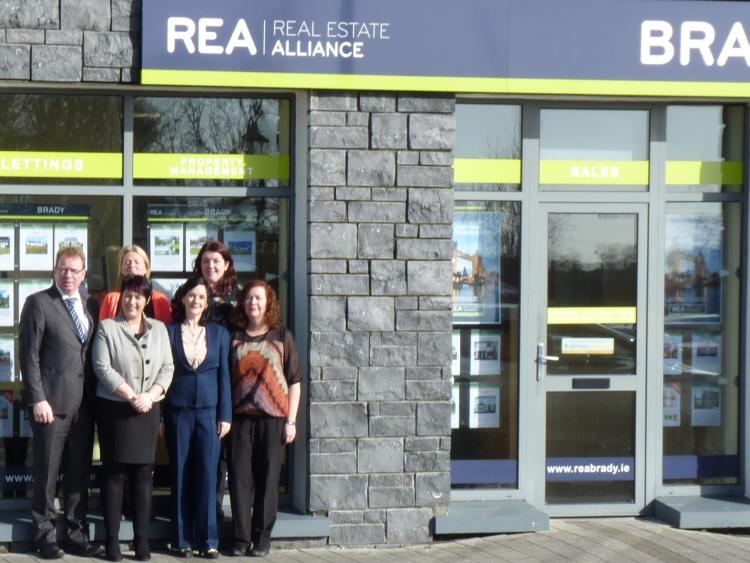 Joe Brady and his team based at REA Brady, Carrick-on-Shannon

What's your idea of a perfect day, or perfect weekend in Leitrim?
A lazy Sunday morning followed by a county game at Pairc Sean followed by a BBQ.

Who has made the greatest contribution to Leitrim in your lifetime - and why?
Danny McLoughlin for pushing though some seriously good developments during his time as County Manager including the Linear Park (by the Shannon) in Carrick-on-Shannon which has been central to the visual positive impression people have of Carrick and is fully enjoyed by so many.

What's your first Leitrim memory?
Sitting in my father's office by the Clock in Carrick back when the Dublin Road went up through town, watching trucks struggle up the hill. They would shake the shop windows and billow smoke behind them.

What's your favourite part of the county - and why?
I love the views around Drumshambo and heading north to Drumkeerin with Lough Allen to your right and the Arigna Mountains to the left.

What do you think gives Leitrim its unique identity?
It’s people. People who succeed through adversity and can still laugh while they do it.

Do you have a favourite local writer or author?
Michael Harding

What about a local walk - or view?
I like walking around Carrick by the River.

What's the biggest challenge facing the county today?
The decline in farm incomes and its impact on farming families and the rural environment.

If you had the power to change one thing in, or about Leitrim, what would it be?
Today, the most urgent need is proper high speed broadband with MINIMUM speeds of 50G. It will increase peoples employment and life options, working full time or part time from home (possibly for city wages) and also encourage more business to locate here. It’s an OG(own goal) if this is not done quickly.