THE BOOK SHELF: Eclectic mix of fiction and non fiction for you to read 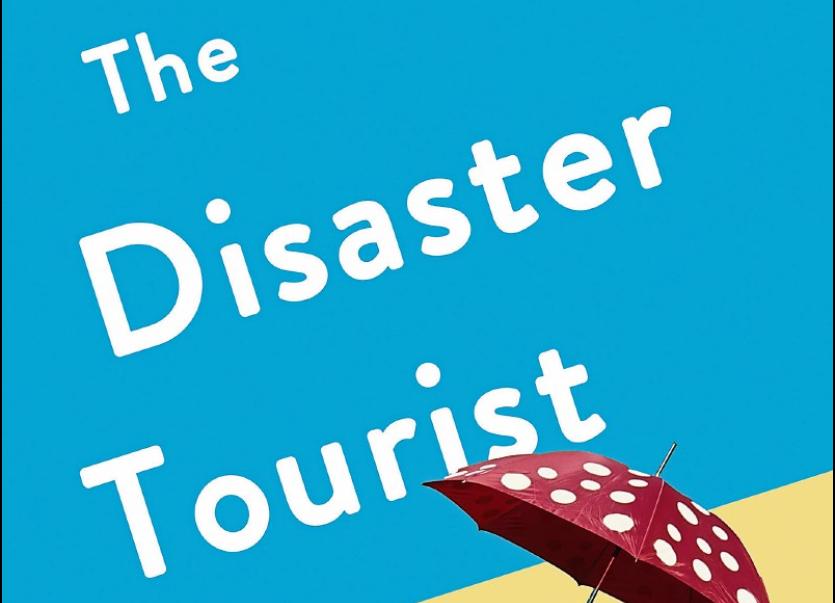 This week’s bookcase includes reviews of The Disaster Tourist by Yun Ko-Eun and Rodham by Curtis Sittenfeld. Imagine a world in which Hillary Clinton didn’t marry Bill, and discover what life inside prison can be like for women…

1. The Disaster Tourist by Yun Ko-Eun is published in hardback by Serpent’s Tail. Available now

A bizarre but intriguing slip of a book, The Disaster Tourist will make you feel rather content with the prospect of staycations for the foreseeable.
Yona Ka is an expert in making disaster zones into engrossing tourist destinations, until she speaks out about sexual harassment at work and is then sent to the sink-hole ridden island of Mui. Only the place is rigged, and getting out alive becomes increasingly difficult. Korean author Yun Ko-Eun’s prose is spare and unnerving, focussing in sharply on the mundanity of trucks passing or the irritation of a small child asking too many questions. It is easy to feel that nothing is really happening, but the plot slowly becomes firmer as moral ambiguities around where we like to travel, and what we like to gawp at, and feel energised by, build up. Curious, if perturbing.
7/10
(Review by Ella Walker)

2. Rodham by Curtis Sittenfeld published in hardback by Doubleday. Available From July 9

Curtis Sittenfeld’s writing is usually faultless – in her 2008 novel American Wife, based on Laura Bush, for instance, she spans a lifetime and a relationship with incredible, memorable detail and nuance.
And while in Rodham she once again turns to the business of being a woman in the world of politics, this three-part rumination on what might have happened had Hillary Rodham not married Bill Clinton, lands a little flat.
It’s a fascinating premise, and the first part – when Bill is very much in the picture and cheating on her – is lively, charming, and affecting. But as their paths diverge in this alternate reality, Hillary’s life politically expands, and the lawyerly descriptions and the smallness of her social interactions become dryly academic.
The third act does pick up pace; the emergence of Trump and the alternate Bill, making for many a squirm-inducing scenario. Rodham is smart and considered, but it needs a shot of wit and pizzazz.
6/10
(Review by Ella Walker)

Another instalment in the Enid Blyton for Adults series, this time, Julian, Dick, Anne, George and Timmy are stranded on their beloved Kirrin Island when the COVID-19 lockdown is announced.
Chaos soon ensues as they try their best to follow government guidance and do nothing at all – a counter-intuitive behaviour for the five crime-busters.
The series documents defining milestones with tongue-in-cheek satire, all rested atop a heavy slice of Blyton nostalgia.
This book follows the same established formula, and includes plenty of familiar moments from the pandemic: the confusion over what lockdown means; panic over food supplies; early morning PE sessions with Joe Wicks.
As in the rest of the series, other characters from Blyton’s world make appearances.
However, the joke never really takes off, with the narrative feeling a little leaden and stale.
It provides an unusual keepsake that documents the more curious moments of the pandemic, but the humour needs to be sharper, and the narrative more cohesive, to be a souvenir as well as an enjoyable read.
5/10
(Review by Nicole Whitton)

4. The Prison Doctor: Women Inside by Dr. Amanda Brown is published in hardback by HQ. Available now

It’s hard not to feel desperately sad when reading accounts from Dr Amanda Brown, a GP in Europe’s largest women-only prison. She relays first-hand, heartbreaking stories of women who live from sentence to sentence – for whom a spell inside is preferable to life on the streets or being abused.
But we also see incredible instances of determination to break this cycle, and how important a non-judgmental face is when rock bottom beckons.
Dr Brown lays bare the health and social challenges facing these women with brutal honesty, shining a particular light on being a mother behind bars, and prisoners trying to come off drugs. Ultimately, this book leaves you feeling that many women in prison are also victims of abuse, neglect, or quite simply circumstance, and asking whether more needs to be done to help them.
6/10
(Review by Jemma Crew)

Children’s book of the week

Talking to children about someone they love falling sick will always be terribly difficult.
This thoughtful story book may not take the worry and hurt away, but it will definitely help young kids better understand, and even articulate, their feelings around such an upsetting situation.
The Perfect Shelter sees two little girls building a den together, until the elder sister becomes poorly.
The younger sister struggles with her parents’ sadness and her sister being unwell, all the while missing their den.
The cadence makes it a little difficult to read aloud at points – some of it is lyrical, where other sections jar – but it’s a comforting read, and refreshingly author Clare Helen Welsh doesn’t provide solutions or promises that everything will get better for the sisters.
The message is to enjoy the now, and Asa Gilland’s illustrations are busy, bright and suitably uplifting.
7/10
(Review by Ella Walker)