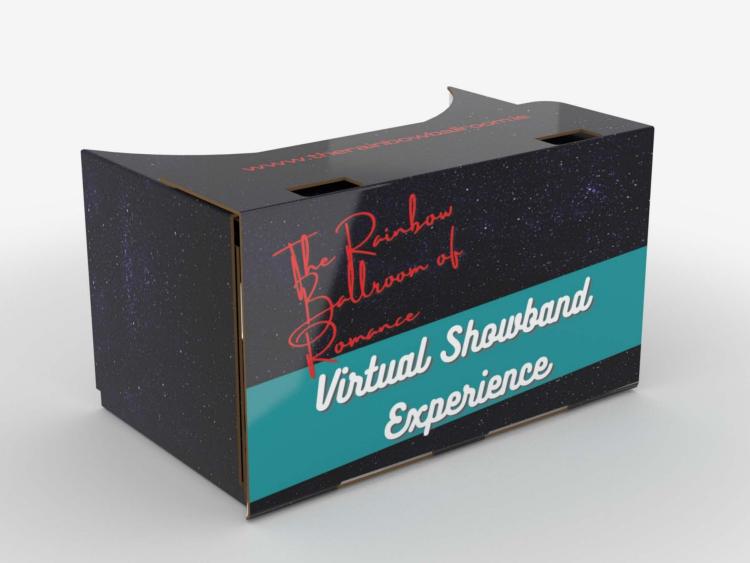 “We have never been busier,” exclaims the manager of the Rainbow Ballroom of Romance in Glenfarne as he outlines the exciting plans, projects and direction the historic ballroom is taking.

As with many businesses in Leitrim, especially those focusing on the tourism trade a lot of events, activities and plans had to be put on hold this year. But that did not mean time off for the three full time staff employed there.
Instead Manager Niall Speak and his colleagues have been “re-inventing” the ballroom, re-imagining some plans and preparing for the future as they set themselves up as the jewel in the crown of Leitrim tourism. 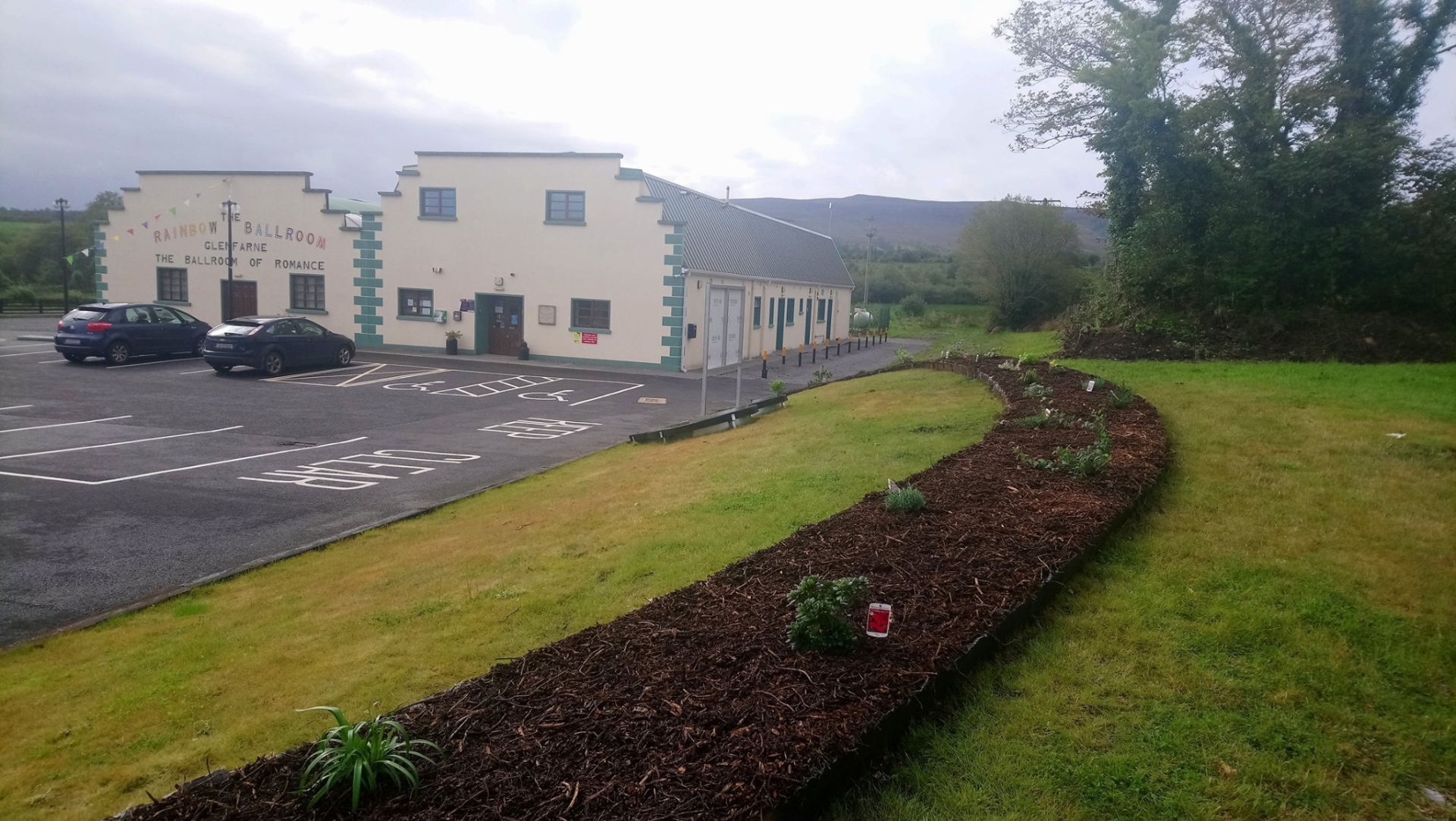 Just a few days before a big concert on December 5, the country was plunged back into lockdown - but the ballroom was not empty, it is getting a makeover and there are new theatre lights, LEDs and other electrical works, fresh paint and many more surprises awaiting the lucky new visitors to see the Rainbow in 2021.

Virtual Reality
You can now experience dancing in the historic Ballroom of Romance from the comfort of your own home by using VR technology.
Mr Speak said they got permission by Film Ireland to film this year during restrictions. The VR film was funding by Leitrim County Council.
“The initial plan was to have a state of the art VR occult headset for visitors to experience the ballroom dances and showbands but when Covid hit we thought we could create a cardboard VR headset so people could experience it at home,” explained Niall.
There are no suppliers of such headsets in Ireland, so they had to be sourced from Germany as the sets needed to be verified by Google.
You can order the branded Rainbow ballroom headsets online, place your phone inside it and open up the Youtube video and transport yourself to the days of ballroom dancing. 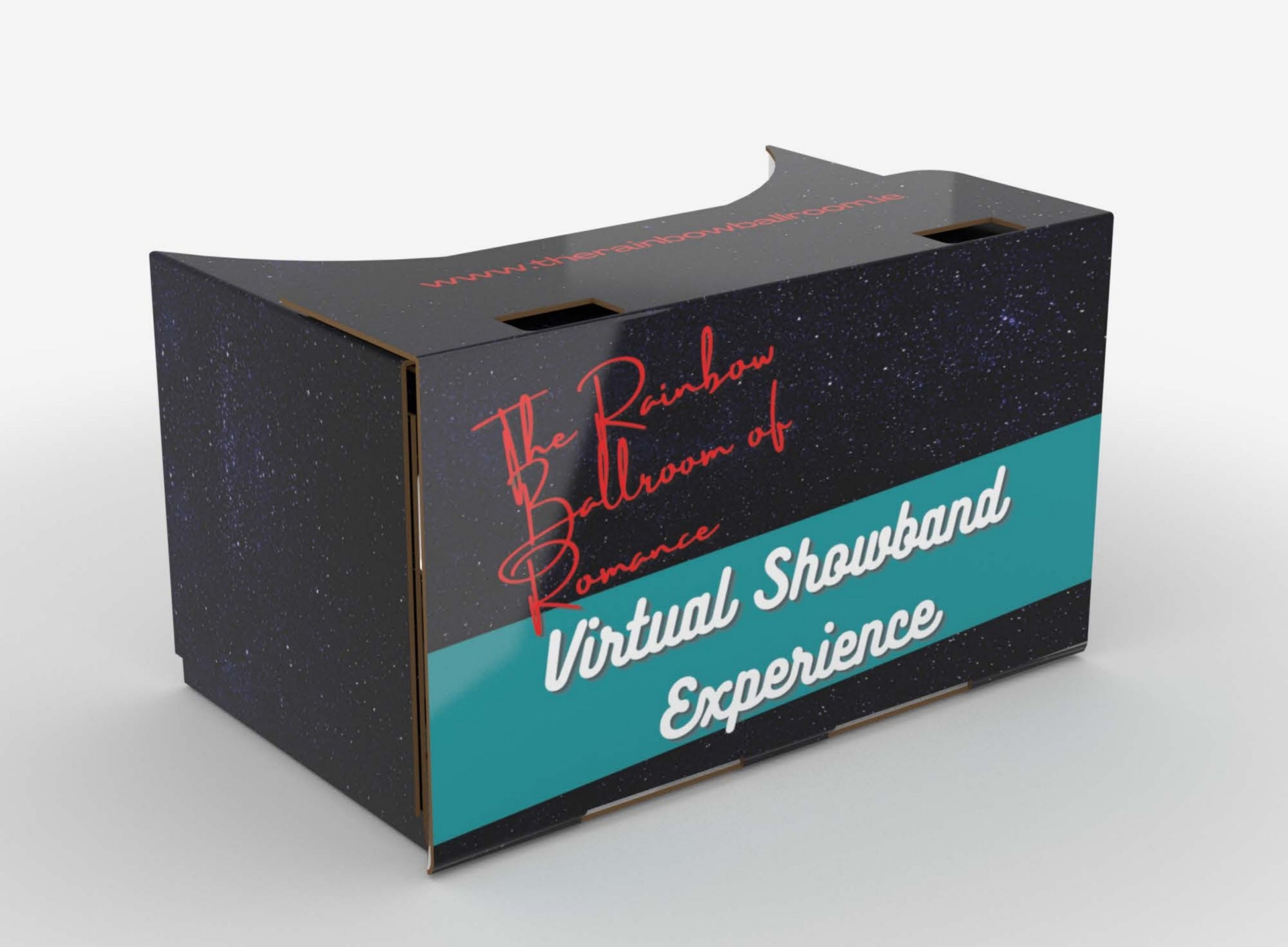 The VR video is online and gives 360 degree views and allows users that wow experience. This is the world’s first showband experience in the world.
While the headsets are branded for the Rainbow they can be used for any VR experience from skydiving to a roller coaster or a forest! There are plenty of videos to choose from, but only a select few are from within Lovely Leitrim.
The VR experience allows the centre to expand their audience to include a younger generation who never experienced the showband era. These new experiences help young people to see why the Rainbow is so important as one of the longest running ballrooms and one of the last showband centres.

ELF TRAIL
The ballroom's Elf Trail was a massive success this month.
The trail for Glenfarne Wood included a map of Glenfarne Wood, Decoder, worksheets and sweets for €5. Clues were places around the 4km trails of Glenfarne Wood, explorers discovered the clues and used their decoder wheels to find the answer. When completed they got a certificate from the Rainbow for completing the elf trail. The project was so successful, they ran out of selection boxes!

PLANS FOR 2021
The centre has new digital screens installed as part of the Showband exhibition.
There are big plans for the new year and the Rainbow has a marketing interpretation plan which sets out its objectives for the coming years.
They want to have a state of the art tourism centre that will be a “playground for creative people.”
They want to develop an AR selfie background so when people put their phones up to take a selfie outside the historic sign, different images appear.
Next year there are plans for a Lego workshop, 3D modelling course, t-shirt making event, vinyl work and much more.
“We are taking on technology” Niall Speak tells the Observer.

The diggers moved into the grounds at the Rainbow late this year and are working on a new biodiversity garden adjacent to the ballroom. This garden will have native trees and shrubs and a bike shelter. The bike shelter will be built using Leitrim wood and the team are in negotiation with local wood carvers and sculptors on the project. 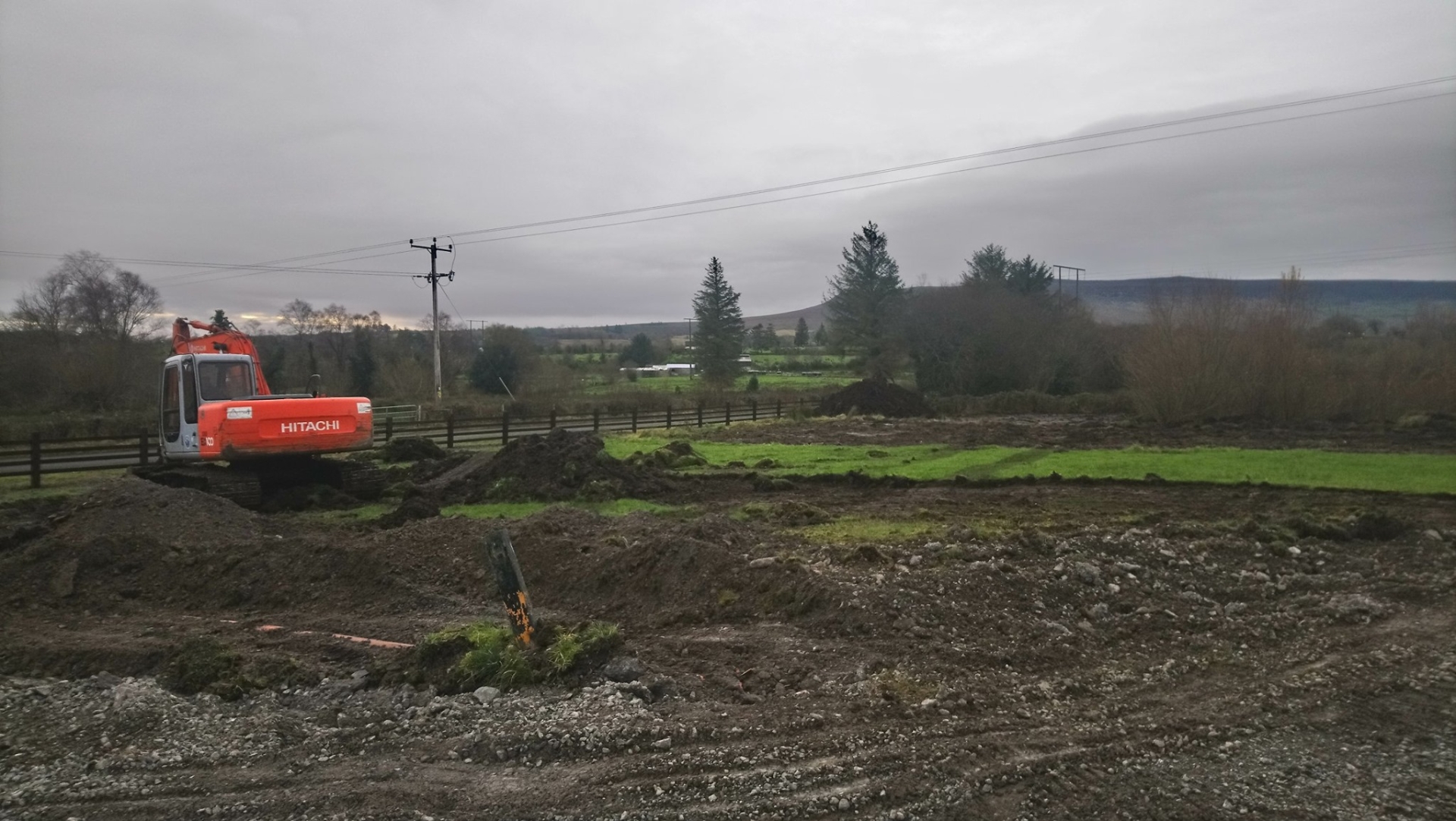 “We want to reduce our waste, reuse what we have around us and recycle,” Niall adds.
As part of this the centre want to be part of a 'Busy Blanket' project. The idea first mooted in England uses crisp packets ironed together to make insulation blankets for homeless people.
“We want to use rubbish to make useful items,” he said.

Speaking about their amazing work ethic during a pandemic, Niall said “we stopped watching the news and used our heads to come up with creative ideas and projects.”
The centre is also working out details with the HSE to create meals on wheels in the area. Niall said they had hoped to run cooking courses this year in the Ballroom but Covid put a stop to that.

“We probably have the biggest kitchen in North Leitrim,” Niall told the paper and so they are delighted it can be used for good use in the community.
Niall said the bigger plan incorporates the Rainbow as the centre of North Leitrim and border tourism.
“The SLNCR Greenway goes right past the ballroom, we are close to Glenfarne Woods” and not much of a drive from the Cavan Burren, Cuilcagh Boardwalk and the Shannon Pot. This area is getting much attention recently with plans for the Shannon Pot and Glenfarne Woods as well as hopes for cross-border funding following Brexit. 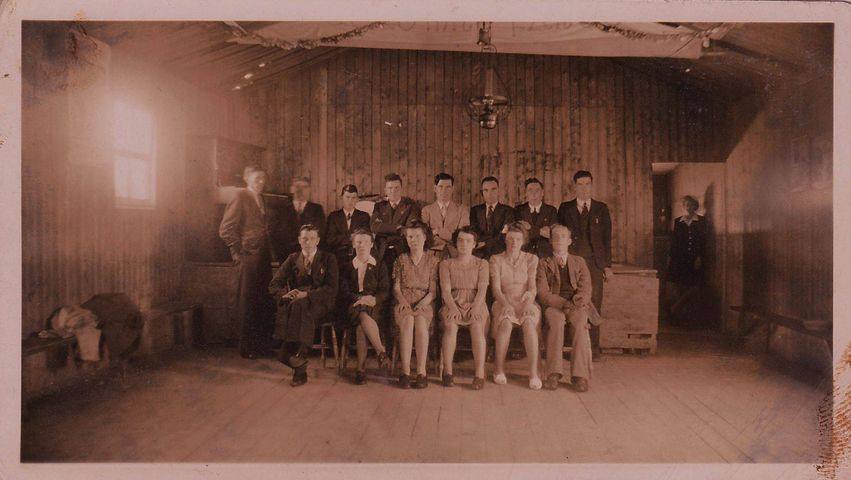 Members of the Glenfarne Drama Group in McGivern's Hall 1946

The Rainbow is about to be re-imagined in 2021.

Also read: What happened to the lavish Tottenham mansion in Glenfarne?