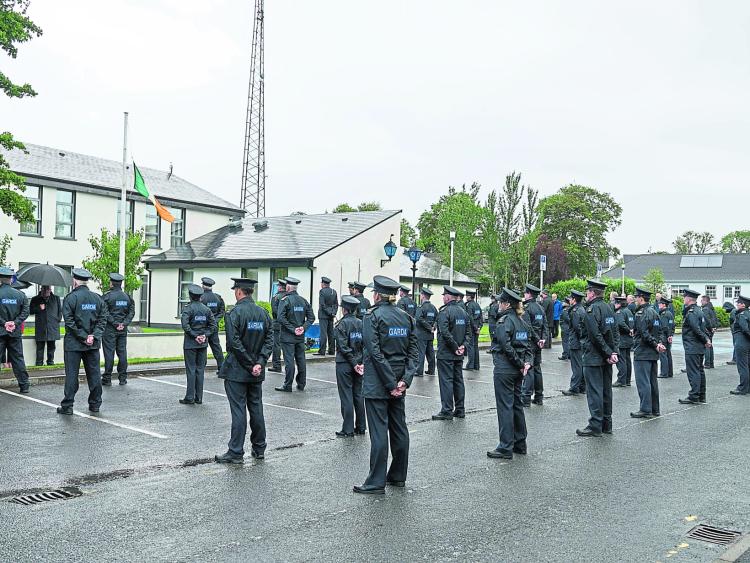 The Government's Roadmap for recovery brought some welcome respite this month.
From June 8 restrictions were eased and the now infamous Phases 1 to 5 were introduced.
The new plan laid out advice in relation to social visits, cocooning, travelling, attending funerals, work, shops and other commercial businesses, and group exercise.
Phase 2 Plus came into effect with all retail outlets reopening which was welcome news for business owners and employees.

Lightening the mood and easing the anxiety of Covid somewhat was a great spell of fine weather over the country.
Such was the prolonged spell of sunshine that Irish Water issued a hosepipe ban to conserve water due to the deteriorating drought conditions. The ban came into place on June 9 and ran for over six weeks.

The killing of George Floyd by police in Minneapolis, USA led to the Black Lives Matter protest across the US and in many countries throughout the world.
Protests events were held in Ireland and Carrick-on-Shannon hosted a peaceful and respectful protest on June 6 which was attended by some of the 27 nationalities living in Co Leitrim.

Following the general election earlier this year, a new Government had yet to be formed.
While negotiations between the various political parties and Independents continued in the background, local Fianna Fáil councillors expressed their opposition to any proposed coalition with Fine Gael and the Green Party.

The title 'Lovely Leitrim' was never less evident this month with a number of disgraceful episodes of illegal dumping and littering taking place throughout the county.
Local tidy towns volunteers and community groups expressed their anger and frustration at the wanton dumping of large amounts of refuse in local scenic areas and in towns and villages in the county.

There was good news for the Manorhamilton and North Leitrim area with the announcement of a €3.7 million investment in a new innovation, research and development and education centre to be opened in the W8 complex in Manorhamilton.
It is expected to create 40 full time jobs over the next three years with a further 200 jobs indirectly created.

The prolonged spell of warm and sunny weather at this time prompted us to ask our readers for their photos of their visit to the bog and we were inundated with many beautiful pictures of life on the bog - or Costa del Sod - as we called it!

Sunday, June 28, was a day that will never be forgotten in the Drumkeerin area when heavy rains caused a huge landslide in the area that saw thousands of tonnes of mountain slip down and wash away the Dawn of Hope bridge and cause massive damage in the area.

Finally, as part of the re-opening of the country, Leitrim GAA prepared to open its doors and gates once again.
The biggest sporting organisation in the county drew up a roadmap for reopening with non contact training from June 29.