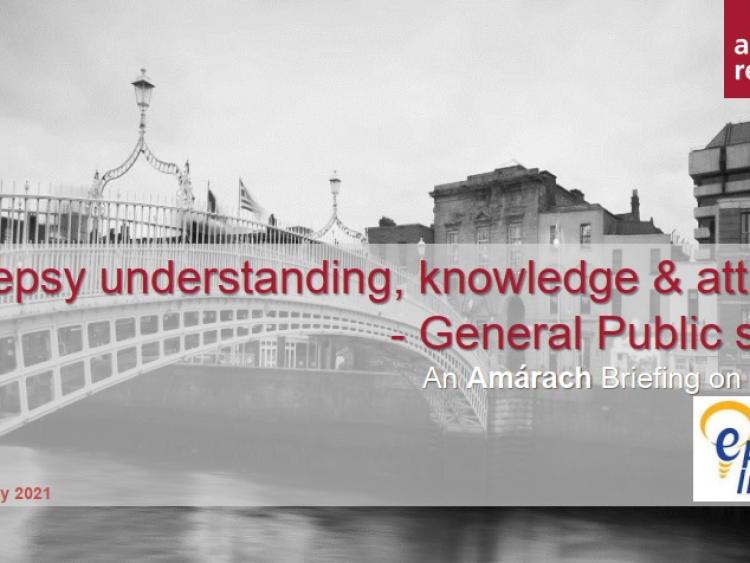 Newly commissioned research conducted by Amarach Research on behalf of by Epilepsy Ireland to mark International Epilepsy Day (#EpilepsyDay) has found that over 40% of the Irish population say they have little to no knowledge on epilepsy.

In addition, almost 9 out of 10 people underestimated the prevalence of epilepsy in Ireland.

Epilepsy actually affects 40,000 people across the country and is in fact one of the most common neurological conditions in Ireland with almost 1 in 100 people living with the condition.

“The findings from our research – which sought the perspectives and insights on epilepsy from 1,000 members of the public – show that the majority of the public perceive epilepsy as a far rarer condition than it is in reality”, said Epilepsy Ireland CEO, Peter Murphy.

“Over 40% of the respondents in our research noted they had little to no knowledge of the condition even though over 50% said that they had witnessed a seizure at some point in their lives. Our message today on International Epilepsy Day is that most of us are likely to know someone within our family, friends, workplace or community who is living with the condition. That is why we are appealing to the Irish public to learn a little more about epilepsy and what to do in the event of a seizure. The reality is that the condition is much more common and closer to home than you may think.”

Epilepsy Ireland is launching an awareness campaign focusing on the three key steps you should take if you encounter a person having a seizure.

1. Time the seizure - if it lasts for more than 5 minutes, call an ambulance

2. Keep them safe - make sure the person having a seizure won’t hurt themselves and remove any potentially dangerous objects from the person’s vicinity during the seizure, but never restrain them, hold them down or put anything in their mouth.

3. Stay with them until the seizure is over and they have recovered

Commenting on the basis behind the campaign, Mr.  Murphy continued, “While there are strong indicators from the research that our ongoing efforts to improve knowledge of seizure first aid are working, we do unfortunately still hear of experiences where seizure first aid is applied incorrectly. Our campaign highlights that appropriate seizure first aid is much more straightforward than what many people may think. In fact, it can be summarised using just three key words - TIME – SAFE – STAY.

We would everyone to please take a moment on International Epilepsy Day to visit www.epilepsy.ie and learn a little more about epilepsy and how to respond to a seizure. Just five minutes of your time will be a great investment if you are ever called upon to respond to someone having a seizure”.